There are not many bands nowadays that can balance rock hard instrumentation with uplifting electro-pop melodies and a punk attitude like New York-based three-piece Velvet Code. We spoke to the band’s vocalist Marlon, about tasting success, hitting the studio with an acclaimed producer and the wonder that is life on the road. 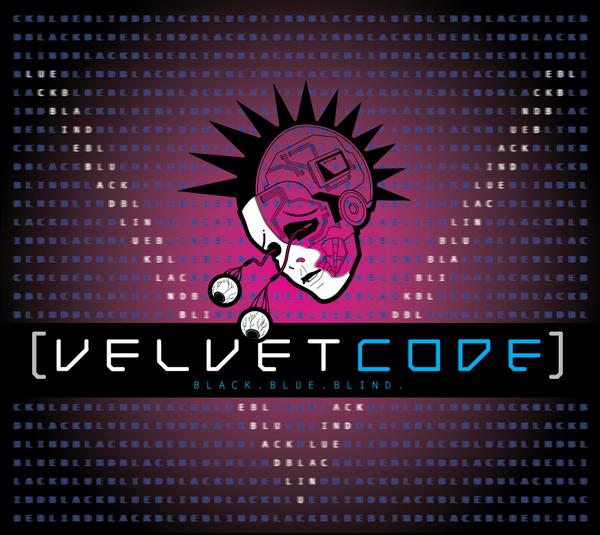 “I feel like we are programmed to think, act and feel a certain way but when we’re overloaded, we explode”
”

S] You are currently a few days into your first ever tour with MSI in the States, can you tell us about a couple of your favourite experiences thus far?

Marlon] Well that’s a really unfair first question. This is our first tour, and there are so many moments, from being behind a merch booth for the first time where anyone really cared, to having our manager take me around the Palladium on the first night, to the amazing crowd in Montreal! I really can’t narrow it down right now.

S] What have you found that the three of you cannot live without on the road?

Marlon] Private bathrooms. The guys are sick of hearing me use my “Neti-pot” in the morning and night. It’s not pretty. Oh, and our own pillows. I’m done with lying on our stage tech (Paulie)’s dirty pillow in the van.

Marlon] The three of us come from a background of listening to both hardcore electronic music and straight up pop music. From Nine Inch Nails and Prodigy, to Erasure and Kylie Minogue. I wanted to merge pop melodies and sensibilities with electronic music, like it was done in the 90s. Some think that we are influenced by the 80s, but the fact is, I think we’re more influenced by the music of the 90s.

S] If you get a chance to come over to the UK is there anything you are looking forward to in-particular?

Marlon] We all definitely want to hit up the big dance clubs in London. Last time I was there, Fiction was a hot spot. Oh, and I loved watching American Gladiator repeats.

S] We were impressed by the VC logo, (the rivethead mohawk/skull) – who came up with that idea and is there a particular meaning behind it?

Marlon] I came up with the concept of a punk robot that was a head full of emotions and expressions because it best described me. I feel like we’re programmed to think, act and feel a certain way but when we’re overloaded, we explode. This logo is for the first album, ‘Black. Blue. Blind.’ and portrays the meaning behind Velvet Code today. 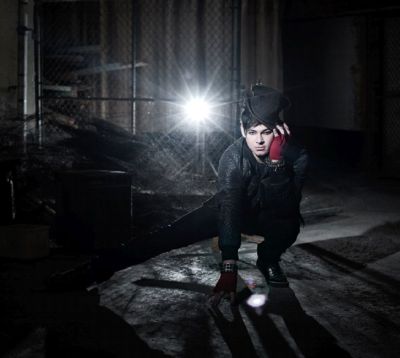 S] What plans do you have once you finish the tour – any other interesting opportunities coming your way in the next few months that you can tell us about?

Marlon] To be honest, we wish for nothing more than another amazing tour opportunity. Perhaps Europe will open their doors to us? So far, this has been the most amazing experience of our lives and we all hope for another chance to hit the road.

S] What events inspired you to write the track ‘Trust Fund Girl’ – is it based on a personal experience or more than that?

Marlon] Well it’s an interesting story, to say the least. A co-worker of mine at an old job was dating this girl who just happened to be a trust fund girl. He was rotten to her and I had no way to do anything about it. So I wrote a song about it, long after I left the job. What’s interesting about it was that I found out that she broke up with him, at the exact same time the track was being completed. We’ve actually become great friends since then.

S] What themes run through your album ‘Black, Blue, Blind’ – the songs you write strike us as a mix of both personal themes and observation?

Marlon] The album is based around a rollercoaster of themes such as love and betrayal, hope and denial. We all go through these themes in our lives and these are just a collection of experiences I’ve had in my life thus far.

S] You worked on the new album with Mark Saunders who also produced some great electronic artists including Tricky and Shiny Toy Guns – how do you feel he helped you to expand and develop the sound in the studio?

Marlon] Mark is an incredible producer/mixer who has helped us take our songs to a new level. We call him the ‘golden ears’. I was thrilled when he took my call years ago and agreed to co-produce the album with me.

I have to also say that working with Ollie Hammett (Creative Director at Mark Saunders‘ studio) allowed me to be free with my ideas. It’s difficult when you’re the one who is writing, producing, arranging and mixing the tracks all by yourself. This was what I was doing before I met Mark and Ollie. I’m thankful for all their work.

View the video for ‘Trust Fund Girl’ below: