WIKAN is a strange dude. He doesn’t mind us saying that though, in fact, we know he’s okay with it; he’s probably sitting in a dark corner somewhere now crafting more dark and decadent tunes as we write to you. Hailing from Sheffield, this artist is arguably the UK’s champion for the emerging witch house genre – a sound that amalgamates some of the dirtiest, grimiest and yet, probably most accessible parts of alternative and electronic music from the past few decades. We share a few words with this mysterious fellow to get the lowdown on the “new” sound and, how much it means to his work and vision. 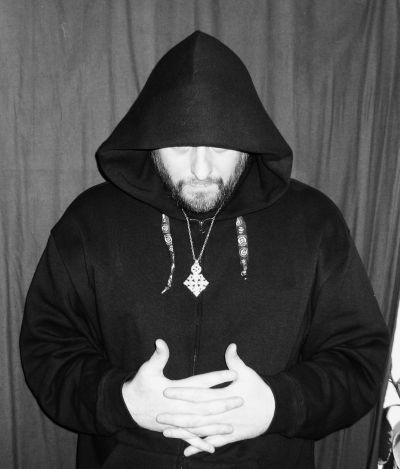 W] “It’s a mixture of the drunk-drone of shoegazing bands like The Cocteau Twins and My Bloody Valentine, heavy minimal dubstep and hip-hop-influenced drums, overloaded synths pushed to the intense levels of say the guitars of Sunn O)) and hardcore rave along with the same themes as goth and black metal. I’d say witch house has the same freedom in it that punk gave people in the 70s, as their are no boundries laid down and a witch house night can contain all elements of dark music from the past 30 years. From post-punk, industrial, darkwave and goth to drum and bass, rave, dubstep and R&B, etcetera. The UK has been playing catch up with witch house which is quite odd as most of its defining elements come from these shores.”

S] Do people have any misconceptions about the genre because of its title?

W] “I think some people expect a 130 bpm [beats per minute], piano and diva house music track from the inclusion of the ‘house’ part.”

S] Are you sensitive over how your music is categorised?

W] “Not at all! As I’ve never sat too comfortably in any genre anyway but always been off to one side smoking in the bike sheds with the weirdos.”

S] We reckon your music blends together a cross-section of styles. Which genres and artists are the main inspirations for your sound?

W] “I like the unsettling nauseous sound of bands like Throbbing Gristle, Coil, Skinny Puppy and The Residents. The heavy bass of artists like Burial, Black Sabbath, Killing Joke and Jamaican Dub. The deep drones of early Tangerine Dream like their ‘Zeit’ LP, The heavy thickness of sound from bands like Sunn O)), Jesu and Kyuss. The space and texture of Basic Channel/Maurizio and Photek. Themes and imagery from black metal and acid folk as well as the folk horror of Hammer films. Also, I love the freak-out and intensity of good rave stuff like Altern-8 and early Warp records, the numerous pirate radio stations we had in the UK and twisted acid house like Hardfloor and Underground Resistance, along with a good heady dose of Italo Space Disco.”

S] Are there any locations which spur your creativity?

W] “I’m a frequent visitor to our many Neolithic and Mesolithic temples and other sacred areas in the UK. Stanton Moor (Derbyshire), Wiltshire, The North York Moors and the Lake District have all have shaped the WIKAN sound with their abundance of burial chambers, stone circles, barrows, monoliths, stellar alignments and sacred mother hills. It’s hard not to be inspired by visiting these places built by our ancestors over 4000 years ago. The North has always had a dark paganism to it from its stone age and viking past to the stories of the Pendle witches, ‘dark satanic moors’, Bram Stoker’s Whitby and Wicker Man-style village fetes.”

S] The North of England has a culturally rich musical heritage. Has this influenced your sound in any way?

W] “Indeed it’s hard not to have soaked up some of the sounds. I feel that I’m continuing on the same line set out by bands like The Future (pre-Human League), Cabaret Voltaire and Clock DVA – all from Sheffield, as well as the Factory Records bands. We do like the “nasty built-in the garden shed synth” sound in Sheffield. The North also embraced house music and rave from its inception with Warp Records’ gut-churning bass and bleeps and the Hacienda’s acid house heydays, so I guess it’s all seeped into my stuff along with the North’s dark pagan past.” 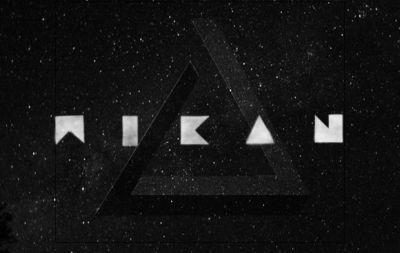 W] “Times have changed to the point where you now have direct contact with most of your listeners through places like Last.fm and forums; it’s great to be able to just stick a track out as soon as you’ve done it and have thousands of people listening instantly. I value people’s opinions with my stuff but at the same time, I also have to walk my own path.”

S] Are there any other ways in which you feel the Internet, or technology in general, has allowed you to shape your sound?

W] “Sites like Soundcloud and Bandcamp have put all the control back into the artists’ hands. As I said before, it’s back to the DIY Punk thing of people setting up their own labels and private vinyl pressings which can only be a good thing. Whenever major labels get too much control that’s when the ‘safest’ and most bland music appears.”

S] Live performance is also a significant element in your music. What’s your personal take on the WIKAN live experience?

W] “I like to create an atmosphere where you can get lost in the music, tracks melting into one another, disorientation, a sort of ‘Illbience’ as well as giving you something to actually move to at the same time.”

S] Where is an ideal space for you to perform? What do these places contribute to the performance?

W] “I like festivals as everyone is relaxed and I always have a good gig. I also like dark dingy clubs and free parties as they have a nice decadent underground feel that fits the music; all dark alcoves and bad kids doing bad things…”

S] You’ve got an EP due for release soon. What can listeners expect to hear on it?

W] “A bit of a change in tempo and space; maybe it will be a bit heavier but still with the WIKAN sound.”

S] Do you have any other projects happening now or in the near future?

W] “I have a couple of tracks on witch house compilations and the split LP on Pale Noir ‘Incantation V’. Then it’s the third WIKAN EP ‘On Dark Peaks’ that will be released on Halloween. Over the Winter, i’ll be finishing off tracks for a WIKAN LP and doing more live dates in Europe.”