Zero Cipher deserve our attention. Having spent the last ten years honing their sound and producing two albums, their unique fusion of hardcore, metal and electronica is back to seduce our hardened ears once more. In their time together the quartet have experienced both the highs and lows of the music industry but now they have returned stronger than ever before. As they are all set to unleash their new album ‘Juggernaut’ in March 09 on their own label ‘Nullvoid Records’, we wanted to catch up with Duncan [guitar, vocals] to examine the band’s inspirations and, their bright hopes for the new year. 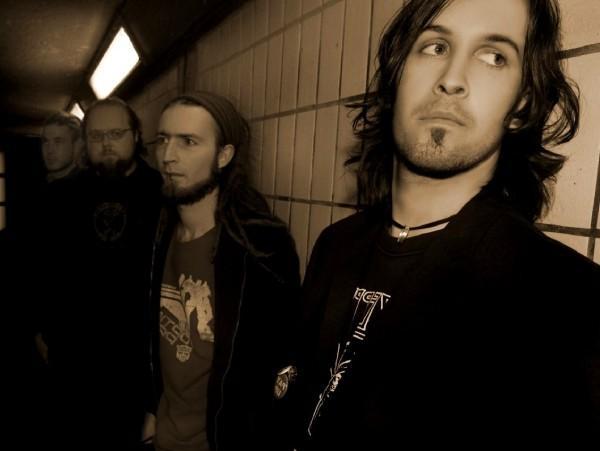 “Musically it’s obviously heavy, but the idea is to try and mix in a lot of things that other heavy bands might shy away from…”


S] How has your perception of the music industry changed since you began in 98′ obviously so much has happened to just the UK scene since then?

D] Well, back then record deals actually existed, emailing was a novelty and most gigs were booked by phone, and there were a lot less bands. Most of our early gigs were with bands who were completely ill matched, because there weren’t any other metal bands around in our area (or, rather, they were few and far between). All of that’s changed now, and I suppose there are a lot more ‘new’ bands too, with Myspace and the like. It’s much rarer to see the same band around a few months later at another show, so often times we see greener bands, which is nice because they are fresh and bright eyed, but can be frustrating when they don’t know the lay of the land!

S] Obviously you have produced two albums, what remains a constant theme and inspiration to the band throughout the writing process?

D] I’m not sure there is a constant theme really. The albums themselves have an individual theme to them, but they were really a product of the time in which they were written; whatever was going on with us at the time made it onto the recordings, pretty much. Musically it’s obviously heavy, but the idea is to try and mix in a lot of things that heavy bands might shy away from – there are no rules as to what can and can’t go in there. That formula worked a bit better on the second album than the Rock Im Park!

S] Do you still have the same passion for making music that crosses genres now as you did when you first began, because as we know Industrial is still incredibly niche – do you think there is still a scene here?

D] Yes and no. If something is inspiring we’re going to do our damnedest to use it, but we’re probably less passionate about it than when we first began – we were “whipper-snappers” then, and a lot of industry and personal BS caught up with us.

D] We can’t wait to get our new album out there. It’s our strongest recording yet and has the most consistent songwriting – it’s a real defining moment in terms of the sound, style, and songs of the band. We’re working behind the scenes to get the release date and artwork sorted out now, plus all the other stuff that needs doing. But the music, it’s done, and we’re all very, very happy with it – we’re looking forward to people hearing it too, of course.

S] What have been some of your best experiences playing up North and when will you be coming back?

D] People are usually really friendly up there – not just punters and other bands at the venues, it can be as simple as getting the pleasantries whilst filling the van up with fuel… you don’t get that in London, that’s for sure! One of our favourite venues is the Sheffield Corporation. The promoter there, Liam (drummer in a band called August80) is brilliant. He gets the rider sorted, pays on time, does his flyering and homework to make sure its busy, keeps a nice dressing room and makes sure soundcheck goes off without a hitch. I wish more promoters were like that. I think we will be back up North once the new album is out… we’ll be touring a bit in support of that next year, so hopefully we’ll be there in the next six months, give or take.

S] Can you tell us about some of the songs (that carry the most meaning on a personal level to the band?) We were wondering about ‘Single White Female’ – how did that song come about? Can you give us some other examples as well?

D] Generally we prefer to let people make up their own interpretations as to what they think these things might be about. I was on the tube at Edgware Road the day it was bombed, so I guess it’s pretty obvious what something like ‘Seventh of July’ is about. Every song has some sort of basis in reality whether its about a person or an event… they are usually about people though, so I guess you could say it’s personal. ‘Single White Female’ is about someone’s girlfriend… you know the type of girl who is really arrogant but then spreads them the minute he isn’t looking. And no, she wasn’t my girlfriend!

S] What has been a defining experience for Zero Cipher thus far?

D] Probably touring Austria and playing Rock Im Park. Maybe getting onto the tourbus with One Minute Silence. Seeing the albums in Oxford St’s HMV with their own tag ‘ZERO CIPHER’ in the metal section was a pretty special feeling too. The world sure did seem like a big exciting place back then!

For more information and updates, visit the website and Myspace links.