Sarah McIntosh wanted to create an outlet for her darkest emotions and most creative ideas, and now, just under three years later she has formed a band that puts out a supreme amalgamation of electro, pop and rock influences and is set to beat the world in 2011. We chat with the group’s mastermind about her songs and taking them out on the road. 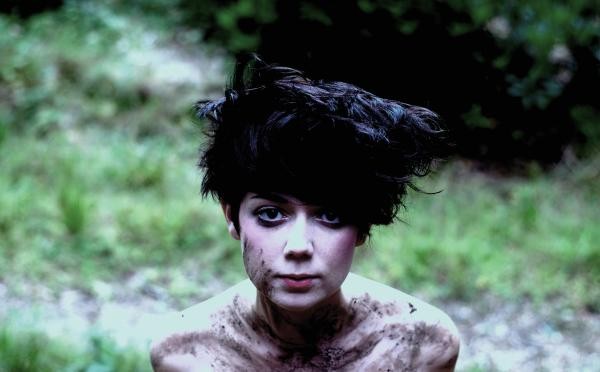 “I don’t want to do anything else!”

S] Talk to us about your videos – there are some pretty dark ideas for both ‘Prisoner’ and ‘Be My Animal’, what ideas led to the visual representation in both tracks?

SM] Pedro Almodovar‘s film, ‘Tie Me Up, Tie Me Down‘ inspired me to write ‘Prisoner‘ – the song explores Stockholm Syndrome in love, and is an effort to confront why some lovers have both emotional and physical power over us. The video plays on the idea of transforming ourselves for someone else in a relationship, hence putting all the make-up on in a slightly delusional manner.

‘Be My Animal‘ is about animal instincts in sex – the basic instinct to reproduce without having any emotional attachment. Often in society we find one person wants sex and nothing more, but the other person wants an emotional bond – ‘Be My Animal’ explores these feelings. The video was set in a nuclear tunnel in Brakla, Wales. The long thin tunnels represent feeling completely lost and not knowing what to do with yourself. In the video I push the walls in effort to find an escape from my own feelings of hurt. At the end I finally escape the tunnels. This represents letting go of someone.

S] You have a date in London this December with Ke$ha, can you tell us what you’re looking forward to about that show – some elements of your sound are similar and some are very different?

SM] I cannot wait for this show! It’s a fantastic opportunity to play to a big audience and hopefully gain lots of new fans. I’d say Ke$ha and The Good Natured are similar in the sense they are both pop, I suppose we are a lot darker and Ke$ha is more light-hearted!

S] We’re up north in Yorkshire, can you talk to us about what you’re looking forward to about bringing your show to more places up north? 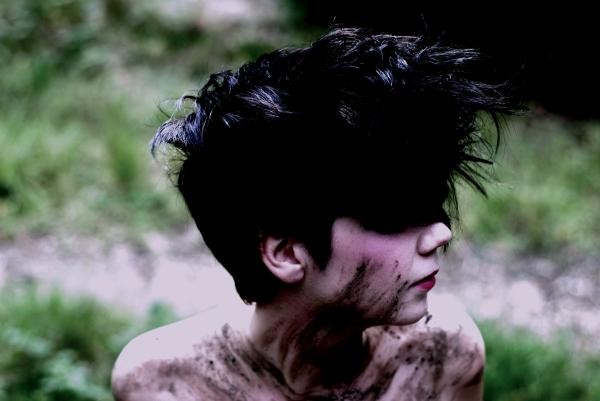 SM] We’ve played up in Lancaster and Sheffield before – both were really great shows! We haven’t been to that many places in Yorkshire yet but I think we are soon! I will keep you posted.

S] You’ve said in the past that your music is based around the idea of self-indulgence, is that something that runs through all of your songs in some way?

SM] It’s self-indulgent in the sense I use it to express myself. ‘Your Body Is A Machine‘ is about self-indulgence and hedonism. This is about taking a lot of drugs and drinking, generally treating your body as a machine, and not realising how your actions are hurting other people around you who are close to you.

S] You’ve said that you are inspired by your experiences and other people’s experiences as well when you write, so do you have a favourite place to write and think about what you want to say?

SM] Yes I am inspired by my own experiences, and I look to other people too for inspiration. I think my favourite place to write is probably my bedroom, just because it’s somewhere I feel completely comfortable being.

S] How positive is it to have the band involved and to share your vision with – was it a challenge to translate that?

SM] It’s very positive, I couldn’t do it without them! I take the songs to practice once they are finished and we get on with learning them. It’s not a challenge at all, I find it really rewarding to hear Hamish and George play what I have written and add their own take on it!

S] How have your aims and objectives with regard to the project changed and developed since you began the project up until this point?

SM] I think when I first started The Good Natured it was a hobby, and now nearly three years later. I want it to be my career – I don’t want to do anything else! It still remains the same in that it’s an expression for me and always has been, it has the same meaning.

S] How do you feel about performing live in contrast to being in the studio?

SM] Performing live is brilliant – I love it. You can’t really compare performing and writing, they are two completely different things and I get different thrills from both of them. It depends which one I am in the mood for I suppose. Sometimes I feel really insular and just want to be by myself and write, then other times I can’t want to get on the stage!

S] What are some of your biggest plans for the rest of this year?

SM] I am going out to Stockholm to write for a week at the end of this month. I am so excited!

S] Your random question now – in the event of a zombie outbreak, what weapon would you use to defend yourself and why?

SM] Definitely a knife. I only say this because this is my favourite weapon on Call Of Duty Zombie‘s on the Xbox- I find it most effective. [Laughs]