The Neat is one of our “Ones To Watch” for 2011. Their exciting mix of post-punk and rock influences has caught the attention of the mainstream press in a way that no band to come out of Hull as done before…apart from The Beautiful South, of course). We catch-up with vocalist Mez for a quick natter about the joys of ‘Ull, the best bits of ’10 and plans for the New Year. 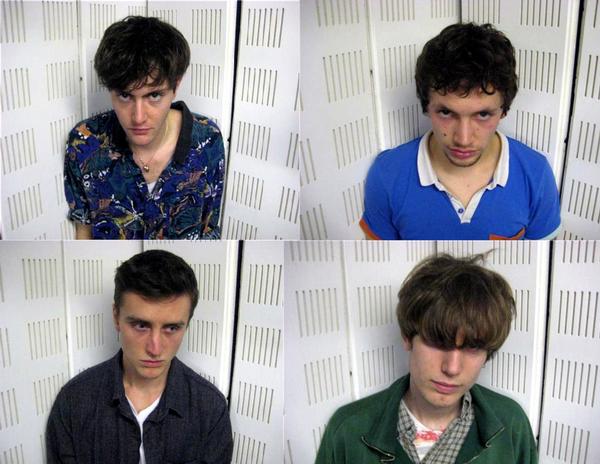 S] Can you tell us your favourite things about Hull?

M] The lobster potters that play flute by the Humber Estuary and, the cats that play dice down Chanterlands Avenue.

S] Has any of your work ever been inspired by the city?

M] When things become bleak which they can when you feel trapped, your music intensifies so in the long-run, persecution makes the sound hotter.

S] What are some of the biggest challenges that face a band coming out of the city and looking for exposure?

M] Hull’s in the stone-age man – Kappa is cool and vegetables are banned.

S] Your sound has a very post-punk feel to it – what keeps you interested and inspired about this style?

M] That was the sound we listened to when we began as a band. So, it gave us a starting point that we have melted down and smoked.

S] Can you talk us through the inspiration and ideas that are embedded in your tracks ‘In Youth Is Pleasure’, ‘Fruits’ and ‘Hips’ particularly?

M] ‘In Youth Is Pleasure‘, ‘Hips‘ and ‘Fruits‘ are all ‘off the wall’ in terms of lyric content and like most of the tracks we perform, they have a recurring theme of ageing. ‘Fruits‘ is very much about being in a club and being too far gone that you end up sprawling-out-like-an-octopus, your digits [are] loose in front of you, as you pass through the bodies within the room – which is where the lyric ‘finger the fruits,’ comes in. Again, ‘…Pleasure’ is about the best years of being young, while ‘Hips‘ is a slur on the people who can bend to any type of scene or art-form. Musically they all have a heavy guitar-based sound whether this be riff-based or [some] pedal effects like those heard in ‘Hips’.

S] What do you enjoy most about playing live in contrast to being in a studio environment?

M] Playing live is a lot more ‘gnarley’. You can feed off of the audience and it’s not as sterile [as being in the studio]. There’s no time for mistakes, you’ve just got to get up and ‘ooze’. The Neat are a live band that is for sure.

S] What’s been a personal highlight for you so far as part of the band?

M] London Calling in Amsterdam has to go down as our best gig this year. The audience were ‘flipped out’ and the line-up for the whole gig was cool. Plus, the fact that Amsterdam is so liberal helped a lot. The live-filmed-audience for our BBC Maida Vale showcase was pretty cool too.

S] How has London Calling supported you so far?

M] Simon and Nick [from the label] have been ace they have supported us a lot this year – they have definitely given us the platform to be signed next year. The year we have had with them looking after us has been the best year of the band’s life so far…so yeah they are cool, man.

S] What’s the next step for you in terms of recorded material, and will there be a set theme or specific ideas put across?

M] We will record a third single as soon as possible in the New Year. The track is called ‘Ageing‘. It’s our best track, so get ready for some sweet ‘speak and spell’.

M] We are hoping to do loads of festivals and complete a European tour as well. We are also looking forward to doing the NME Awards show with Warpaint and others at Shepherds Bush Empire.

S] If you could set The Neat’s sound to a film soundtrack – which one would you choose?

S] In the event of a zombie outbreak, what weapon would you use to defend yourself and the band?

M] I would use a pizza cutter – one in each hand. 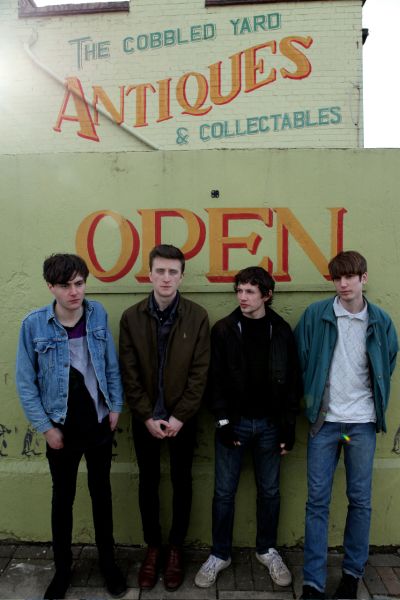