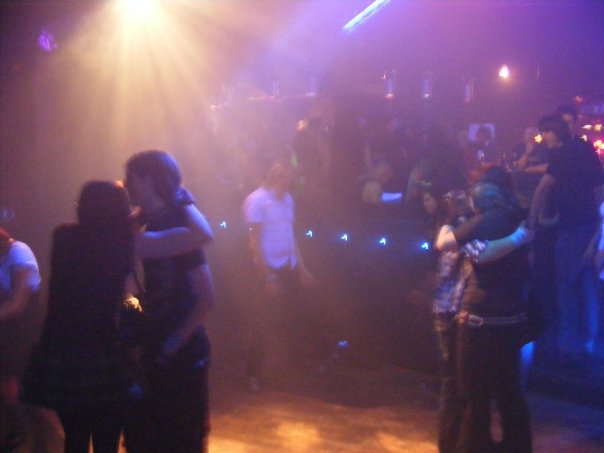 Code is a club in the heart of Hull, formerly Silhouettes. The location on Park Street is well known in the local community.  Set up only a few months ago by the people behind Sheffield’s legendary Corporation, the new venue is stealing the love of Hull’s alternative community who have up arguably until now been starved of any innovation within the scene.

SPHERE has always enjoyed a good headbanging session, and when we paid a visit to Hull’s newest rock night we found that all the members of staff involved were eager to help us out. If you are at all familiar with the Northern scene, immediately as you step into the club you will find yourself thinking of The Corp, that’s pretty good as the venue has a grand reputation for its space and easy access.

Code is a big place and it’s a lot cleaner than Hull’s punters will be used to. The DJ’s have a wealth of experience between them and each has worked for a variety of credible nights in Hull and Sheffield previously. Most importantly this lot have no restrictions on what they can play so you can cater for all of your alternative tastes. It seems like the club can only grow and develop after such a quick start and the staff echo the positive mood that surrounds Code. Ryan, a member of the bar staff said, “I love the awesome music, the beautiful people, the funky shapes people pull on the dancefloor and the awesomely friendly atmosphere.” The bar’s manager Lesley continued: “I think our atmosphere reflects that it’s quickly becoming an alternative home from home, and a testament to what can be achieved when you’re willing to make the extra effort.”

In terms of the overall layout it’s a lot simpler than other clubs in the town. You walk in, and on your left there is a funky little red room with some hyper bar staff and a Wii console so that you may enjoy a healthy spot of Guitar Hero whilst taking in a few Jager shots, sound good? We thought so.

Walk out of there and to the left. There you have the club’s dancefloor. It’s spacious, and there’s even a little stage for people who are extra proud of their moves to show off. This also leaves open the possibility to bring in live acts before the club opens. Despite our preconceptions, having the one dancefloor be a home to multiple genre’s (common styles are classic rock, metal, industrial and ska) helps the pace and tone of the evening by bringing everyone together, allowing for less clutter than other local nights with fewer people mercilessly trampling one another whilst trying to get to a nearby “metal” floor just before Disturbed ‘Down With The Sickness’ kicks off…oh the memories.

Though there is much to be done here and the club is only in its infancy, there are many different avenues to explore and they are making moves in the right direction, not least with a slushy machine coming on order, things are looking very bright indeed. Hull needs something more than Spiders, if for no other reason than to inspire the competition to move forward and to allow the scene to grow and develop.

We spoke to some punters whilst sinking masses of Red Bull, and happily we listened to the feedback which showed us just how important Code could be for Hull’s scene. Dan, [22] from Beverley said, “I’m enjoying it. Spiders will always be a part of me as I grew up there but this place could really help the scene and move it forward especially with the backing it has.” It appears that news is travelling fast about the night as well, we managed to catch up with someone from further afield to comment. Sarah [27] from Manchester stated:  “It’s good because I don’t feel like I am too old to be here, we can co-exist with the younger kids coming in, and we get to hear music that we love from our youth alongside newer sounds.”

The thing we like about this place is that although there have been teething problems, there is a real sense of desire within the people behind it. One of its standout aspects is that it certainly goes a long way toward giving a home to the more adult demographic rather than just focusing on the thriving student population. Yes of course it’s a nifty place to get drunk, but we wouldn’t be surprised if the night progresses into something more in 2009, there is huge potential for the alternative scene here to expand with Code at its core. While it may not have the cult status of Spiders quite yet, it is certainly making its presence felt. 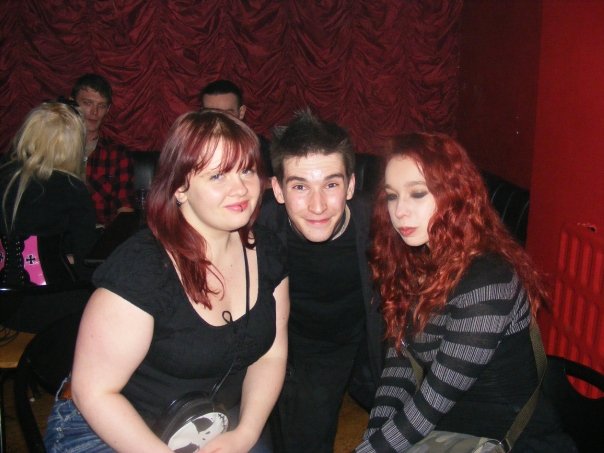