Since its creation in 2002, FAB Café in Leeds has attracted a wealth of customers, from hard working business man looking to chill out after a hard day to indie kids, Goths and those with a particularly unique dress sense.
We spoke to Mike Royce, the man who runs the show to see how he created the household chain in the North of England. 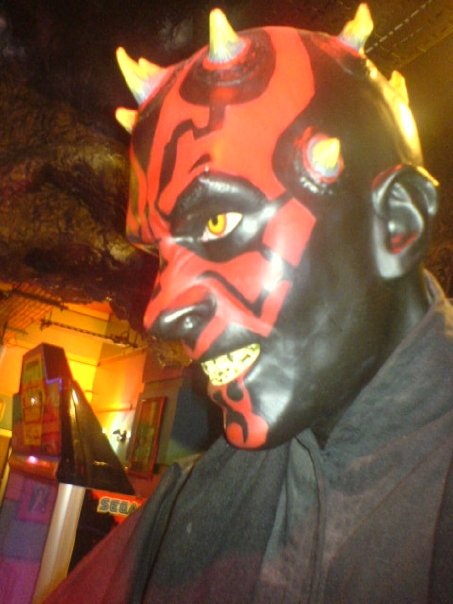 “People come to Fab because they love music, in the North people seem far more genuine and we have a very dedicated customer base who join us.” Mike is being modest, the man who (with his company Rebel Angels) controls both FAB Cafe’s in Leeds and Manchester, as well as looking after Satan’s Hollow and George Best’s old pub The Tiger Lounge. He loves his establishments, and is very proud of how the Leeds base has taken off. He says that he could imagine The Doors and Jim Morrison hanging out in any one of his bars because there is that kind of friendly “vibe” where everyone is welcome.

Fab’s remit as is to give a home to the Northern Alternative scene and cater to its needs and requirements. As a “lapsed punk” Mike has always felt an affinity with the scene and so when creating a bar that he would want to go to, he immediately and unexpectedly found a core market of people into retro music, b-moviehorror films and let’s not forget free popcorn. He is constantly working to develop the idea further and bring it into the future to share with others.

“We have friends of FAB which is a free of charge membership which allows us to stay connected to customers.”
He adds: “FAB speaks in nostalgia and brings back stress free memories through music and movies, members can also bring items of memorabilia in that are theirs from childhood and if we think it suits we will put it in a case and display it.”
Mike prides himself on the fact that the DJ’s he employs at the bar bring their own unique style so that you never have one type of music, it is varied and very eclectic: “As an Alternative establishment we try and cater for as many needs as possible. We provide a poporee of different music and nights for everyone who fancies an alternative to everything else that there is on the high street.”The range of nights that FAB puts on reflect the varied tastes of the owner including the aforementioned retro and b-movie horror nights, where people can take in a “video nasty”. Mike is particularly fond of The Robot’s Reject club night which takes place every Saturday.

This is what Mike describes as an “Uber Fab” night which marks a change of pace from the rest of the week where the bar moves from  tunes to cater for everyone to playing “ultra trashy sounds and everything from rock and electro to 70’s and disco.” This is geared more toward the club kids heading out to the more Goth and Alternative places like the Wendy House or Subculture. 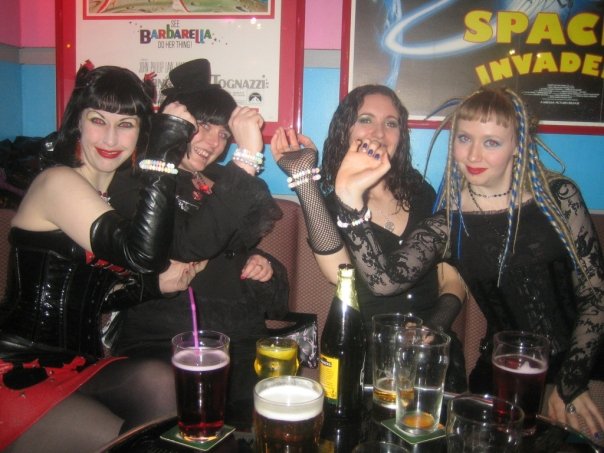 The décor of the venue is also a defining feature, colourful green and red lights are met with collectable life-sized figures of cult film favourites like Chewbacca and the Daleks. Although it is a great feature Mike acknowledges that there is a desire to evolve: “We have a “rolling ratio” which basically means that for the younger  people we get in we have Buffy The Vampire Slayer memorabilia and stuff from the new Battlestar Gallactica series.” Changes have also been made to the menu, and the bar has made the most of its 24 hour drinking license staying open until 3am on weekdays. Mike says that the only negative thing that has affected has been the smoking ban.

“The funny thing is, according to our customers it has removed a lot of the atmosphere, even for people who don’t smoke.” The boss continues to discuss the recent changes at FAB, though small and unusual he says that customers appreciate them:
“We introduced a food menu recently, it’s a little bit cheeky for example we have Farley’s Rusks (a brand of biscuit now owned by Heinz) and an all day breakfast which is basically beans on toast, but it is these quirks which are always so appealing to our audience.”

Though Mike enjoyed his former job as a Barrister based in Manchester, he has never been the kind of person to miss out on an opportunity. When he had the chance to come up with a business plan for the first Fab Café in Manchester (born in 1991 and blown up when the IRA bomb hit the city in 1992) only to be rebuilt in 1998 by a determined owner (and devotees) he took it. What was created is now a very popular hangout for the Northern Alternative: “FAB is where it’s at, I love the North, the people are much more genuine and accepting of variety here and I have looked into the South too, but this is my real calling.”

One of the coolest things about FAB is the “an audience with” nights every few months, and when they roll around they are definitely worth checking out, Mike says that it is a really unique highlight: “We have had the man who played Darth Vader (David Prowse) come in and have a relaxed Q and A session with fans of the film, we would love to do that more often.

Another charm about the place is the DIY attitude: “Because of all the colours and movie character statues it may look like we spend money but really, we don’t. I like getting my hands dirty, so myself and the staff did a lot of the painting and I made the big pieces of moon rock you can see on the ceiling in the Leeds bar.” The belief in the concept is what keeps FAB going strong and there is so much dedication within the people that are regular to FAB that Mike is often overwhelmed by it: “I see us as the Alternative to the mainstream, that’s what I always wanted when I created it, Leeds and Manchester are definitely more open to Alternative, people can come in wearing costumes or make-up and PVC and they are always welcomed where as I know in some other chain bars that is not the case, from talking to customers. We are definitely the least pretentious bar you are ever going to find.”

FAB offers a place for Goths and Alternatives to be as much of an exhibitionist as they want to be. Nobody is out of place in FAB, and that’s the way it should be.