The rise of the vinyl café is in full throttle across the UK; coffee connoisseurs and audiophiles are uniting in appreciation of all things musical. Three men from York made it their mission to open the city’s first vinyl café, and this year they succeeded. The FortyFive Café is now live and open for business on Micklegate. This haven for York’s alt music scene was conceived by music fans Dom White, Steve McNichol and Dan Kentley, who took inspiration from the Stephen Frears’ film High Fidelity for the aesthetic, as well as Bradford’s Indy Coffee Roasters & Brew Bar.

Dom, Steve, and Dan turned the 16th century building on Micklegate into their musical haven in just ten days, with loads of support from friends, family, and the community. While they injected a new aesthetic and vibe to the place, they managed to keep some interesting original features of the building, maintaining that strong York personality.

The venture started after a tour in the US with Dom’s old band, rock act The Family Ruin, where the group noticed that fans did not buy their records unless it was from a show, Dan’s band ((RSJ)) also found this to be the case. No matter how much promotion they did away from the tour bus, they couldn’t generate the same interest. The solution was clear; a physical space for sharing and playing music, a space where people could meet and talk about their favourite records both old and new, where people could relax over a brew and discover new tunes.

With the help of papa Dom’s old vinyl collection, the three amigos began a record business and built an online store almost as soon as they returned from the US. This was the humble beginning of FortyFive, which would later bloom into FortyFive Café.

Dom said: “We think having physical copies of vinyl records is important and means something – it’s more tangible than things like Spotify, you have to physically go out and buy the records, meet other music fans, get involved with your local music scene. We wanted to create a community for music in York, and FortyFive Café is that place where you can go to get those rare collectables, old favourites, popular music, and just bond over coffee and toasties.”

The guys take a particular pride in their customer base at FortyFive Café. This place is not just for elitists and hipsters – the music here is for everyone, there are LPs on sale that fit every taste and every genre.  They also appreciate that not all music fans have the money to spend on over-priced records. There are regular sales and a stand full of 50p records – a music lover’s dream.

The menu is humble but comforting consisting of simple lunchtime dishes and novelty biscuits (party rings included, get in!!). Serving food seven days a week, typical dishes include a breakfast of avocado on toast for £2.50, and a selection of lunchtime toasties, including pulled pork, spiced chicken and seasonal mushrooms, at £3.50. Along with the aforementioned sensational retro party rings, you can also feast on other vintage sweets and of course, coffee.

The coffee here is exquisite and, like their record stock, there is something to suit every taste. The guys use Chemex, a unique coffee-making filter system to create their own blend of coffee, using beans from across the world.

As well as the incredible coffee, hearty food, and vast selection of music to browse, FortyFive Café is set to host live performances from both local and international artists in the near future, as well as things like Q&A’s, talks, and signings.

“We want to support the local music scene and see it flourish,” said Dom, “We are only here because of the people who keep the scene alive and who are passionate about music, we just want to give something back. People shouldn’t be scared to follow a dream; if you’ve got a great idea, then go for it!”

You can check out FortyFive Vinyl Café from Monday to Friday 8am-7pm, Saturdays 10am-7pm, and Sundays 10am-5pm. 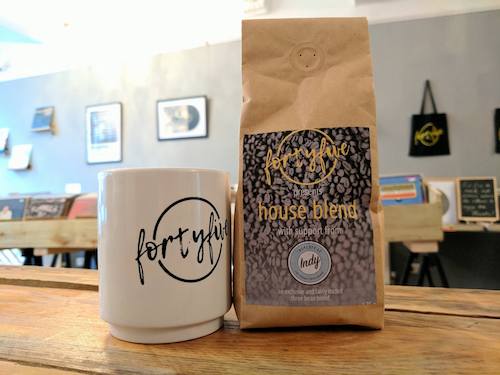 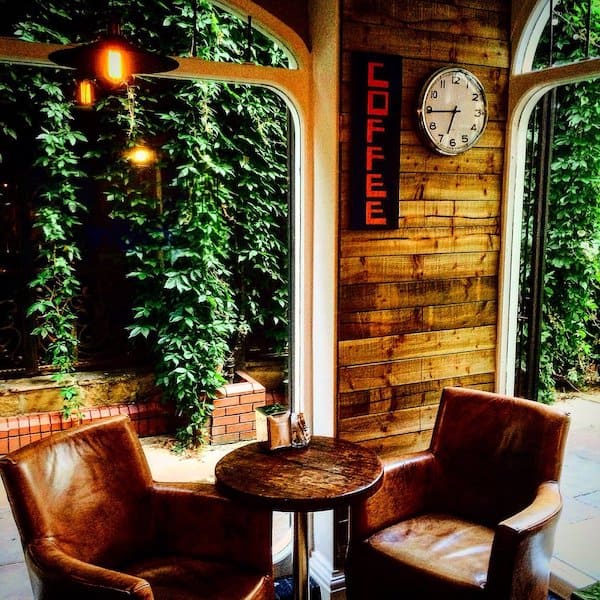 Things to consider before opening a coffee shop