Wow! So London Edge was a pretty epic affair. The journey was intense, the company was wonderful and the clothes and people were fabulous. It was a very exciting time for the SPHERE crew when we finally got together down south to cover the year’s premier alternative fashion event… 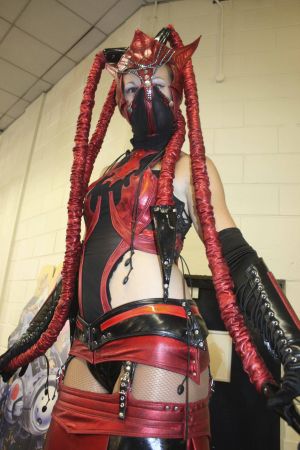 Yes indeed, SPHERE went, saw and conquered. Before that, yours truly had to get three trains (after missing a 4am bus and getting delayed, twice) and as a consequence arrived a little later than intended. No matter, upon arrival we were greeted by some wonderful staff and a horde of beautiful people wondering around in PVC, leather and sometimes…very little at all…so of course, we were never out of our comfort zone.

The event attracted all kinds of people from the alternative market including press, buyers and some of our favourite internationally acclaimed brands including Cyberdog, Lip Service and Kreepsville 666. We snapped some wonderful photos just for you and worked with some great people to bring you the best action from the first day of the event covering both the more urban clothing in London Central (bottom floor) and the darker side of things over at London Edge up on the top. 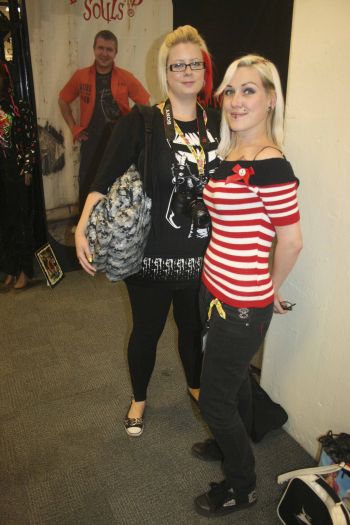 Our own staff writer Lenore was in attendance and she spoke about the events positive impact on the alt-community. “I was impressed by the variety of clothing styles and the international crowd the event attracted. It was also great to see small independent designers showcased with huge names.” She added, “I would have liked to have seen more catwalk shows though – to see the clothes in action.”

It has to be said at this point though, despite seeing one of our own enjoying the world’s most weird and wonderful styles displayed in one very impressive venue, the coolest part of the show was seeing the work of Newcastle-based contortionist Chris Cross doing his stuff on stage. You can check out a photo below, but seriously this guy is impressive and has to be seen just to be believed. Cross definitely did the North proud today.

Speaking of which, we caught up with the event’s Managing Director Carole Hunter following the event’s conclusion to discuss the possibility of a Northern show in the future. She said. “The prospect of bringing London Edge and Central to Manchester or Leeds – bringing it to North in general – would be hugely exciting as numerous members of the team hail from various parts of the North.”

Carole assured us that while there are no immediate plans to bring the project further up the country just yet, we should not give up hope. “In the short term, we don’t have any specific plans. But, never say never.”

The MD explained that while organising the event every year in London is both intense and stressful, it’s always exciting to work alongside a great team of people and eager exhibitors. “We started planning, marketing, designing and selling at the last one which took place in February. To get involved exhibitors approach us if they are interested in taking a stand and we then look at the product and from there discuss the best way of them taking part.

“Usually the most stressful time is the build-up day before we open but, because we have a great team of exhibition professionals around us, it always works out in the end.”

London Edge is now approaching its tenth year and it is continuously gaining momentum. The organisers held a birthday party for the event 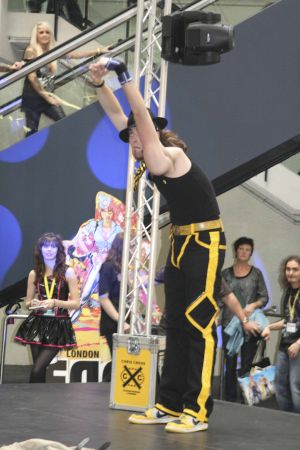 earlier this year and as Carole explains this was a defining moment for those at the heart of the project. “We invited 1500 friends, exhibitors, press, buyers and associates to attend a huge hug-off. It was amazing to see the loyalty and support for the shows.”

We all had a splendid time even though it was the weekend of the big snow and Shepherds Bush Green was a foot-and-a-half deep with snow by the time the party finished.”

It’s clear that the event is going from strength-to-strength and that it remains a haven for all things weird, pretty and debauched within the fashion world. Carole concluded her comments with a simple message for all the established and future contributors to Edge and Central. “I was brought-up to be polite, grateful and to always say thank you, so I say to everybody, ‘Thanks for coming and see you next time.’”

In summary, London Edge is an essential event within the UK alternative calendar. It brings together the most essential retailers at the heart of the worldwide alternative scene. For us, it was great to see such a wide range of products covering every niche available including, Cyber, Industrial, Goth, Glam, Rockabilly, Heavy Metal and so-on. These styles were represented by eager and excited individuals all to willing to help support the scene with their vibrant products and of course, to meet their customers who are core to the scene’s survival.

It’s events like this that make us proud to be alternative and it was great to be in the same room as so many like-minded individuals. It’s been said before, but this is an event that should not be missed. Now, let’s get this party started and get a northern one on the go for 2010…any ideas? I think we might need to get out the glitter?

You can check out our fantastic collage made up of the photos taken by our wonderful snapper Adam Peeroo below. The next event is currently scheduled for September 7,9, 2010. 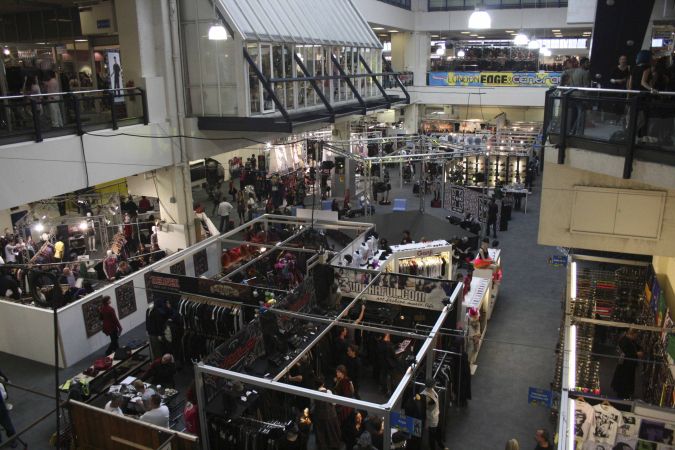 *Special thanks to London Edge and Central for having us along. 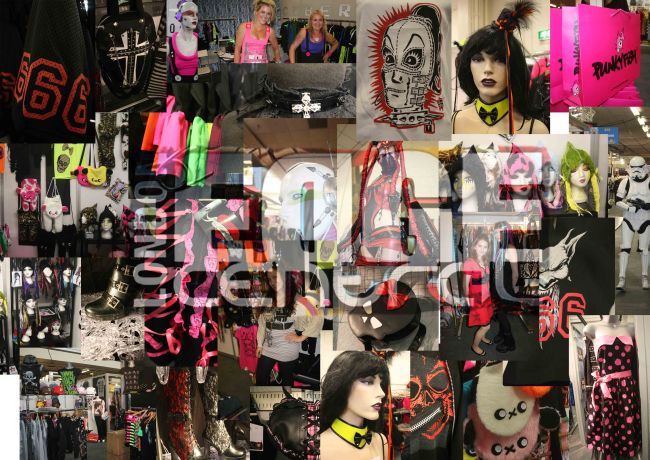 *All images property of SPHERE magazine