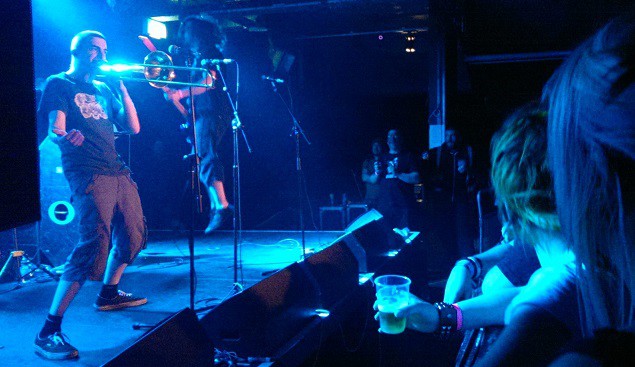 I feel so old. It’s only 8pm, my bones ache, my ribs are bruised and my body is telling me to curl up and go to sleep. How did this happen? Did I become an old fogey overnight? Well, we might as well start from the beginning…

It’s early afternoon on Saturday – the overcast skies and chilled wind can’t keep me away from my destination – the TNS 10th Anniversary all-dayer. TNS, one of Manchester’s staple independent punk labels is hosting an all day festival to celebrate 10 years of signing, supporting and playing punk. In fact, it was a decade ago to the day(11th April, 2004) when the first ever TNS gig ever took place, just across the road in The Attic.

Today, we’re at Sound Control, Manchester, who’re hosting their biggest gig to date. Even though most people haven’t quite snapped out of the hungover daze of last nights warm-up party, there are punk barbarians already at the gate, wearing the war-colours of black leather, denim and spiked up hair. You can already feel it in the air that this is going to be something special.

The gig kicks off with late addition River Jumpers who try to shake the previous night off with a blast of pop-punk. They’re shortly followed by Sounds Of Swami, who I’ve caught once before at the TNS All-Dayer last year. Their brand of hardcore technical punk starts the crowd swaying and wakes up a few of the late-comers – these bands start up the gears of TNS’s engine, the day had begun. In TNS’ own words – it’s time to Get Pissed, Talk Sh*t and Dance Like An Idiot.

Before their set, I bump into a member of 3 dBs Down outside, who despite my protests tells me that they’re “not relevant anymore”. Relevant or not, they played the first ever TNS gig alongside Revenge of the Psychotronic Man, and it’s great to see them back on Northern turf. The Kent based band break into their set with some fantastic ska-punk numbers, like Less Than Jake on steroids, the whole crowd are skanking around. It’s hard to see from my lowly position trying to take snaps from the back how they’re anything but relevant; the punters are eating them up.

Shortly after, stomach filled with beer, nachos and a cheap burger from down the road, it’s time for me to brave the maelstrom that is Beat The Red Light. Their brass section sounds like the horns that herald the end of the world, but this is an Apocalypse that you want to happen. The earth-shattering metal stirs up a pretty heavy moshpit (great for having fun, not great for my nacho filled gut). Bruised, battered and euphoric, I limp out of Sound Control to take a quick breather. 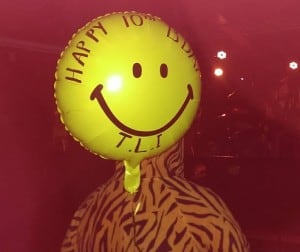 And so we’re back at the beginning. I feel so old. It’s only 8pm, my bones ache, my ribs are bruised and my body is telling me to curl up and go to sleep. We’ve been partying for about 7 hours – but now is not the time for retreat. Belly full of spirit (both in the metaphorical and alcoholic sense) it’s time for a second wind. It’s time to take on TNS once again.

A searing set by Revenge Of The Psychotronic Man lifts the soul, their stupidly fast punk tears down the walls of Sound Control. Andy Davies (wearing a frankly fabulous tiger shirt), founder of TNS and Bassist / Vocalist of Revenge Of… was ecstatic about the turnout to the event: “… it was all so overwhelming… it was really humbling that people were saying such lovely things to myself and Bev, [and] the fact that lots of people worked together to put on something that was really ambitious… It was also very nice to see so many people having such a nice time.”

Can it get better than this? Do you even need to ask? Headliners Random Hand are in the building. They played the second ever TNS gig back in 2004, and now they’re back to take this one by storm. Their brand of bouncing harcore punk takes the energy of the All Dayer to new heights. Even when they preview a brand new song the crowd does its best to sing along (though nobody knows the words yet). Looking out at the crowd, most of which are adorning Paul Chuckle masks, like some sort of Chuckle Brother induced nightmare, you can see this gig has been a success. Hair standing on end, heart pounding, people chanting – its been an absolutely explosive day, and it’s not even over yet.

Off now to Joshua Brooks, the venue just a couple of minutes down the road, for the After Party. Although my bank account is now screaming for mercy, it’s time to buck up and buy a cold beer. After a short queue, it’s time to give Rising Strike a listen. The heavy bass, fantastic saxophone and amazing guitar licks makes them sound like Sublime had a baby with Metal music. The After Party is a rousing success, the place is packed to the Rafters with bands, fans and organisers coming together for one final roaring shout.

Speaking to Andy Davies again: “It’s always been about getting more people to listen to the bands we love and we are still very excited about finding new music. As long as we are enjoying it, we’ll keep going.” And we should hope they do. The TNS 10th Anniversary just proves that there is a thriving, exciting alternative music culture going strong right under our feet. We should all hope they continue to grow and expand. Here’s to another decade, TNS – Cheers. 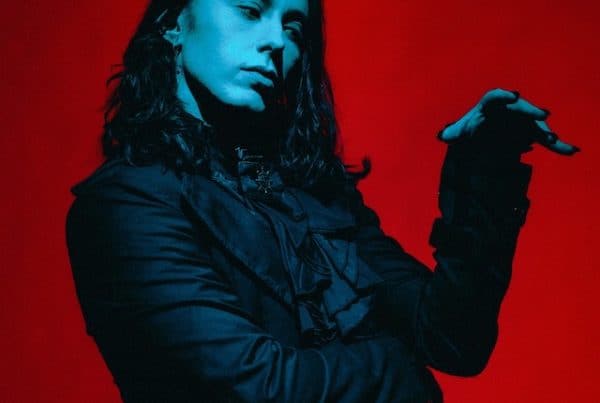