It’s almost that time of year again, when Live At Leeds festival takes over the city of Leeds during the May bank holiday weekend. While there are several side-shows featuring the likes of Blood Red Shoes, Neurosis, Melt Yourself Down and Dum Dum Girls, the main event is on Saturday 3rd May, when an overwhelming array of bands will play on two dozen stages across the city. With such variety on offer, it can be difficult to know where to start looking – so if you’ll indulge us, then allow us to offer a few humble suggestions (stage times and venues in brackets). 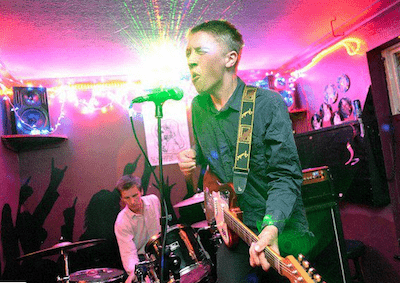 Early on, The Midnight Beast (12.30pm, The Cockpit) are sure to be a big draw, but if comedy rap isn’t your thing then you might want head a little further out of the town centre to catch to the lo-fi slacker-rock of Imp (13.00, Brudenell Social Club) or alt-rock up-and-comers Allusondrugs (12.30, Leeds Uni Mine). Other early attractions come in the form of darkly delicious duo The Witch Hunt (14.00, Leeds Uni Stylus), BBC Introducing-tipped songstress Pip Mountjoy (Faversham Patio, 14.00) and sunny Parisian electro-poppers We Were Evergreen (Brudenell Social Club, 15.00).

Moving into the afternoon, Leeds-based indie supergroup Menace Beach (15.30, Leeds Met) are definitely worth checking out, and they’re followed by the intense, brooding rock of Black Moth (16.30, Leeds Met), so if you don’t fancy running around like an idiot then that’s a pretty solid choice. Alternatively, the melancholy James Blake-esque sounds of Jamie Isaac (16.00, Holy Trinity Church and the effortless, dreamy electronica of Eaux (17.00, Belgrave Music Hall) are both worthy of your consideration – but if you prefer things a bit rawer, then perhaps the ramshackle rock ’n’ roll of Ezra Furman (16.00, Leeds Uni Refectory), or the fuzzed-up noise-pop of Fawn Spots (17.30, Leeds Uni Mine) might be more up your street.

Early evening is when some of the most hotly-tipped artists come out to play – you can expect big queues for the likes of Royal Blood (18.30, Leeds Met) and Chlöe Howl (19.00, O2 Academy). If you want to avoid being left out in the cold, then might we suggest the atmospheric indie of Woman’s Hour (18.00, Brudenell Social Club) the raw grunge of Darlia (18.00, The Cockpit), the folky tales woven by Sam Airey (18.45, Leeds Town Hall) or the dirty shoegaze of Cheatahs (19.00, Leeds Uni Stylus) as potential alternatives.

Then it’s headliner time, and as usual, you’re spoiled for choice. The Cockpit is likely to be full to capacity thanks to its billing of Circa Waves (20.00), Wolf Alice (21.00) and Drenge (pictured, 22.00), while those wanting to catch Pulled Apart By Horses (23.00, Brudenell Social Club) play an intimate hometown show would do well to get to the venue well in advance. Moving on to larger rooms, electronic noise duo Fuck Buttons (22.00, Leeds Met) will put on a monumental performance, while Leeds Town Hall presents a tempting prospect with Lanterns On The Lake (19.45) and I Like Trains (21.00) warming up for a rare show from the recently-reformed ¡Forward, Russia! (22.30) – only their second gig since they got back together late last year.

Failing all that, Leeds Uni is usually a safe bet, and there’s plenty on offer there too. Los Campesinos! (20.00), The Sunshine Underground (21.30) and Albert Hammond Jr (23.00) play the Refectory, while Superfood (20.00), Yuck (21.15) and The Hold Steady (22.30) will be performing at Stylus. You might even be able to cram yourself into Mine to catch The Wytches (20.45) or The Fat White Family (22.00) in between times. Ultimately though, the beauty of Live At Leeds is that if you can forge your own path through the day – if you don’t like what you’re hearing, there’s always another band playing just around the corner.