For our next Soundsphere spotlight, we chat to Kalyan Presents representative Jim Hatch about the group’s work in Leeds. 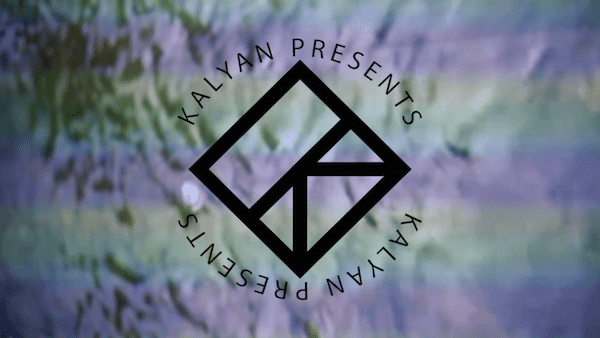 S] What inspired you to set up Kalyan Presents?

J] “Kalyan Presents was born out of the band Kalyan. The band was formed as collaborative venture and creative outlet for musicians form The Leeds College of Music. It was formed for the purpose of collaboration and expression and I think that ethos is what drives us. We were inspired by the diversity of bands and artists in Leeds around us. Leeds has such a strong creative community, with a great ethos of collaboration and helping each other out. This is what first inspired us to collaborate music and art through events, promoting our peers for the growth of the Leeds scene.”

S] What has been the highlight of your career so far?

J] “The highlight would be our two most recent events. One held at Belgrave Music Hall called Swimming in which was a great success. Collaborating video art and music to create an immersive experience. The other event was a fundraiser for Skate Pal, a charity who build skate parks and promote skateboarding in Palestine. We raised over £2000 and the event was a great collaboration between many Leeds art groups and bands.”

S] What would you say that your biggest challenges are?

J] “At present I would say just to keep building our following. Unfortunately because Leeds is so dependent on the student population and this is seasonal it means that every year you will loose many of the people that would come to and support your events. However I think that what we are doing is of good enough worth to always get people along, and we are now starting to get known beyond the student population.”

S] What would your advice be for other promoters in Yorkshire?

J] “Work together and promote each other! We are a small community of passionate people with great diversity and I think that is were our strength comes from, we have the opportunity as a community to work together to build a healthy scene, as apposed to London where it is far more dog-eat-dog.”

S] Do you believe in the North/South divide – do you need to be from London to succeed in music, as a promoter or band?

J] I think eventually if you wish to attain a certain level of success, yes, you will need to be in London, but definitely not from.
There is a divide but I also think this does not disadvantage the North, if anything I think London these days is very much looking to the North for the up-and-coming bands. Also, I think you have a much better chance of building a reputation for yourself up here before making the move to London.”

S] What are your plans for Kalyan Presents for the rest of 2015?

J] “We have a bunch of great stuff in store. We are now working with &/ Or Emporium on a collaborative community event that will be happening in August. We also have another Kalyan Presents at Wharf Chambers on June 23rd with the art being curated by several LCA students and with us bringing the bands. We are also putting together an event as part of the British Arts Show launch in October.”