The Top 10 Icelandic Artists We Saw At Iceland Airwaves 2013

We’re back from Reykjavik after our visit to Iceland Airwaves 2013 – our full review is coming soon, but in the meantime, we thought we should highlight some of the great Icelandic artists we saw at the festival. For a country of just under 322,000 people (less than half the population of Leeds, to put that figure into perspective), the depth and breadth of musical talent on offer should not be underestimated – here are 10 of our favourites (including Retro Stefson, pictured here with Hermigervill). 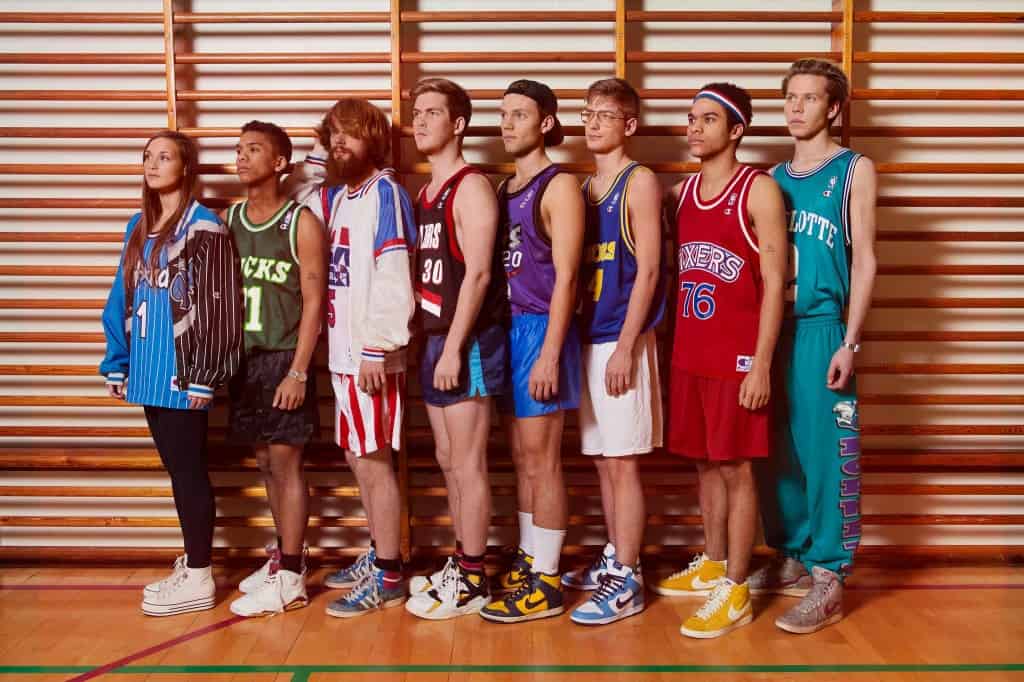 Who is he? A bright new indie-folk artist who has already released his debut album in Iceland to record-breaking sales. He’s since teamed up with American singer-songwriter John Grant to translate his lyrics into English, and now his sights are firmly set on an international audience.

Listen to: ‘King And Cross’, which has him sounding a little like Iceland’s answer to Alt-J.

Who is he? A stalwart of the Icelandic music scene and purveyor of grandiose, stately alternative rock. Not only does he sport the kind of glasses & beard combo that most hipsters could only dream of (N.B: Borko is no hipster.), he’s also in possession of a charmingly soft voice and some intriguing lyrics to go with it.

Listen to: The majestic title track of his latest album, ‘Born To Be Free’.

Who are they? A riotous group of party-starters whose live show is a glorious mix of confetti, dancing, underwear, crowd participation and gleeful electro-pop. Pretty much guaranteed to make you crack a smile.

Listen to: They’re honestly best experienced live, but if any of their recorded output comes close to capturing their live presence, it’s the gleefully bonkers ‘I Don’t Want To Go To Sleep Either’.

Who is he? An infectiously cheery producer who takes recent and not-so-recent Icelandic pop hits and puts his own spin on them. As well as his own tracks, he also produces and performs with Retro Stefson and Berndsen.

Listen to: ‘Sísí’, his glitched-up take on a song by 80s all-female Icelandic rock band Grýlurnar.

Who is he? An incredibly talented neo-classical composer – you may have heard his music soundtracking the ITV series ‘Broadchurch’, but it was his solo material that first made us sit up and take notice.

Listen to: ‘Only The Winds’, a beautiful and melancholy piece from his most recent album ‘For Now I Am Winter’.

Who are they? A group of friends who’ve been making music since they were at school, they’ve now perfected their irresistible, sun-drenched electro-pop anthems with their newest, self-titled record. The exact musical opposite to Iceland’s freezing cold climate.

Listen to: ‘Glow’ – just try to resist strutting down the street to its silky-smooth groove.

Who are they? A youthful three-piece who use the unconventional combination of electronics, vocals and clarinet to create stunning, glacial music that could only have come from somewhere as bleakly beautiful as Iceland.

Who is he?  The founding member of Icelandic band Seabear, who has been striking out on his own in recent years with his dreamlike, expansive sound that combines elements of indie, electro, folk and more besides.

Listen to: The brilliantly woozy, uplifting ‘What’s Wrong With Your Eyes’.

Who is she? Also a member of Seabear, Sóley subsequently discovered her own voice and has since gone on to make some of the most enchanting music to come out of Iceland – from dark, dream-like narratives to broken-hearted ballads.

Listen to: ‘I’ll Drown’, easily one of the most affecting songs from her debut album ‘We Sink’.

Who are they? Iceland’s hottest new band, who won the Iceland Music Experiments competition this year despite having only emerged back in February. They make the kind of spacious, atmospheric music that immediately brings to mind The xx.

Listen to: Stripped-back, sultry masterpiece ‘Tension’, the title track of their debut EP.