Following the gradual rise to success of the Doc’n Roll Film Festival over the last few years, we chatted to founder Colm Forde about what it takes to run a successful film festival and the history of his own.

Q: You had your Hull event not too long ago. How was that?

It went well considering we were first-timers there and had zero profile. It’s a case of breaking new ground. We didn’t have massive numbers but the people who came really appreciated it. We were screening in a variety of venues including a couple of music venues, the uni hall, and a church as well. It was an experiment to see how it would go and we reckon we’ll be back next year to try and build on what we did. Our partners Hull Independent Cinema, there were about six volunteers who were just film enthusiasts. They’ve been up and running maybe four or five years doing screenings of various things here and there. They have a membership of approximately 700 people or so. There’s a Vue and an Odeon in Hull but they’re extremely mainstream. For example, they didn’t show the Oasis film that we showed. That release came out seven or eight months ago and wasn’t really considered to be left field at all y’know, but it goes to show what kind of things the two cinemas in Hull show. We work a lot off social media leveraging the venue’s that we are screening at, and Vue for example only has one Twitter handle for its entire network of cinemas all over the UK, which for us makes that hard to promote, so to say the least we’re up against it. We really enjoyed it though, it was a proper challenge.

Q: Could you give us a little background on who you are and what you do?

A: We opened a little over three years ago. We had our first film festival over four days in Hackney in 2014. We’ve come a long way from then. We started from scratch with myself in Dublin and my partner in Barcelona. We landed here with zero contacts and climbed the ladder pretty quickly. That Hackney festival went so well according to the cinema that they wanted to relocate us to their new headquarter cinema the following year. We screened fifteen films there, all premieres, and then last year we grew even bigger again with a whole variety of cinemas in London. As part of last year’s third edition in London we had seventeen music documentary premieres. We focus on alternative music documentaries. The Oasis one is pretty mainstream for us to show, the only reason we did that in Hull is because nobody else had. There’s no point in us trying to support those films generally because everyone else is showing them anyway, so we try to go for ones that fly under the radar a bit. That’s our niche. The vast majority of what we screen is funded by crowdfunders like IndieGoGo or Kickstarter. We set ourselves up as a band of extremely enthusiastic music lovers and independent film lovers and threw ourselves into this, naively thinking it would be easier than it is to take a foothold because we analysed the music and saw that nobody was doing music documentary festivals anywhere in the UK despite the mass of heritage and culture here. There are similar festivals elsewhere in the world like in Spain or Croatia and the Balkans, in South America, in Chicago and LA, the CBGB Music Festival in New York, so basically we thought we would do it here.

Q: It’s mad that no one’s been doing this before you.

A: Well there’s a certain laziness on the part of some of the bigger film companies. Part of it is that they’re ignorant to alternative music beyond just Oasis or whoever. Secondly the workload is massive. There are so many independent films coming out each week that there’s only so many emails you can answer, only so many screenings you can have. There’s been so much film content available. The other thing is that they don’t see the value in a lot of these things. We just stepped into that gap in the market, and some of these companies saw the success after our first events when we made our mark. We keep on increasing our attendance, our first festival was maybe 600 people then we doubled that to 1200 or 1300, last year we had just about 2500 attendees across twelve days for seventeen films. We have a broad taste in musical genres too, we had three jazz films last year, we show just about anything really other than something in the region of happy hardcore or something like that. As well as establishing our London festival we started breaking out to Brighton to do weekenders, the same in Liverpool where we’ve started an annual weekender. We’re always looking for partners in regional cities because here we’re just two people. We’re in a big growth period at the moment.

Q: Do you think that keeping under the radar and championing those fledgling directors is a big selling point of what you do?

A: Oh absolutely. We have a large affinity with what they’re doing because they’re struggling themselves to bring their films to light, and we are a small company working to raise awareness of this as a whole. We share the same stresses and passions, and this is a passion-based company. I’ve spent years in Dublin restoring archive film, and this I’ve set up as a passion project. They make these films not because it’s gonna pay the mortgage but because nobody else has. We’re basically creating year by year a strong platform and a network for these films to get to a wider audience. It’s creating a social environment where people get away from their laptops and go and meet like-minded people, have a few beers and chat about the film before and afterwards. That’s our ethos. The vast majority of filmmakers are very appreciative of what we’ve set up here. We’re aiming to build a brand that at some stage will be picked up by some sponsor which will allow us to do this full-time and be able to pay the rent from it. Once we get that we can expand even further, but we’ve definitely proven there’s a gap in the market. The main focus of what we’re doing is trying to create a social environment for cinema. With social media and all these platforms, there are less young people actually going out to the cinema than there were ten years ago. It’s quite important to solidify audiences for the next generation to come. To encourage people to actually go out and support their cinemas, and be in that social environment, rather than being at home and watching everything on your laptop. It’s all a case at the moment of crossing our fingers that we can continue to grow and prosper.

Q: Is there a particular film that sparked your interest and made you realise your passion for it?

A: That’s very difficult actually because there are just so many. One of the films we showed in our second year was a film on Sleaford Mods, but there was another film made before that called Sleaford Mods: Invisible Britain. This was made by a music journalist who decided to grab a camera and follow the band around on a two week tour they did of venues off the beaten track in towns that don’t get much. That film was kind of part music, part state of the nation address with all of these communities that don’t get anything from the London economy whatsoever. It was a very interesting film that we ended up co-distributing with the director helping it get into other picture houses, with it ending up screening 80 times over a year which was quite an achievement for a film like that. We actually became quite close friends with this director and to bring the story up to date we’ve now gotten involved with producing music documentaries. This director invited us up to a new project of his which has come out of this experience we had with his other films.

Q: What advice would you give to someone who wants to set up their own DIY passion project as a business proposition like you have?

A: Don’t wait until you’re ready. Everyone waits and then the chance is gone. Stop talking about it at the pub and do it. While you’re doing it though, be aware that you will have to like any entrepreneur that you will have to commit huge amounts of your time especially in the early days to setting it up. Make sure you’re willing to get into that in the first place. You will learn pretty quickly what you need to learn because it’s a case of sink or swim, so don’t be put off by your lack of knowledge or whatever it is holding you back. If you’re determined and passionate enough, you can learn a hell of a lot. If you’re willing to put in the hours you can come up with your own market research which previously was unavailable. Just dive into it and be ready to commit the years to it. The first two years are the critical point and if you make it to that, you’re doing ok. Do your research and figure out the calculated risks that you should take.

Check out Doc’n Roll’s Facebook page (www.facebook.com/docnrollfestival) to find an event near you. 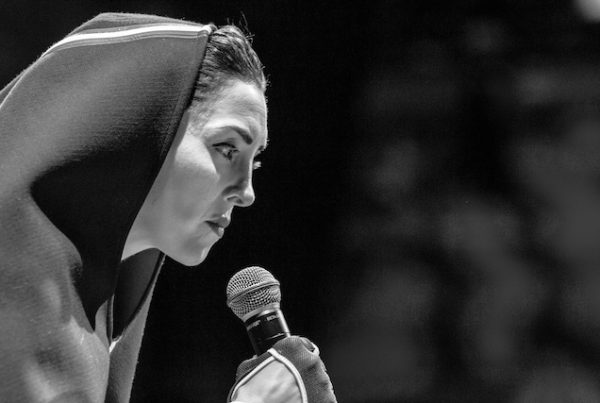 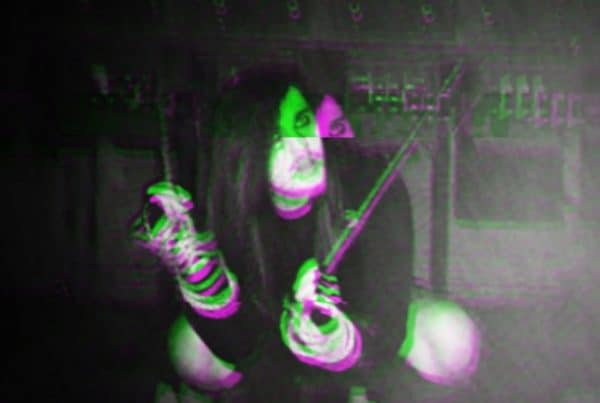