In one of our most revealing industry spotlights yet, we grab a quick chat with Bizarre Magazine‘s Editor, David McComb. We get under this dedicated journalist’s skin to talk about his inspirations, daily challenges, the future and of course, we find out what it’s like being at the centre of UK alternative culture with this ever-expanding publication. 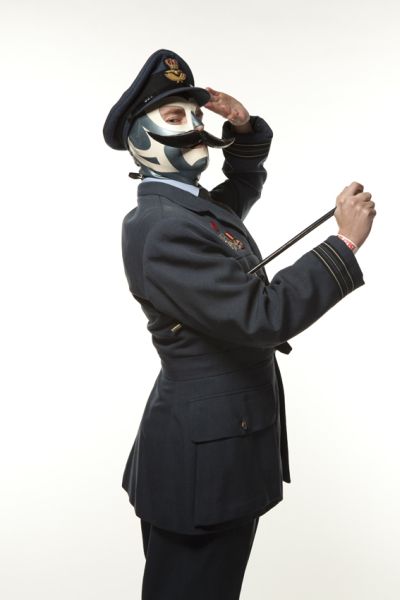 “Bizarre is one of the world’s most ambitious magazines”

S] How did you get started in journalism – what was the process like for you starting out?

D] I’ve loved magazines since I was a kid, and was always involved with school and college mags, and spent many summers doing unpaid work for local newspapers. At university I launched an entertainments magazine – The Stun – that was distributed across schools and colleges in Northern Ireland, and this gave me the experience I needed to secure a place on the City University ‘Periodical Journalism’ postgraduate diploma course in London.

The City University course is well-respected in the UK, so that opened doors for me in terms of getting work experience and freelance writing, and I ended up contributing to a variety of publications including Screen International and The Evening Standard. After I finished the City University course I took the well-trodden route of working in the business press, and endured a hellish 18 months on the dullest magazine on earth, Television Buyer.

Following Television Buyer I escaped to the videogames press, where I was Deputy Editor of Nintendo Official Magazine, and was promoted to editor two years later. During my time in that role I also launched a series of successful magazines based on the Pokémon phenomenon, and toured the country as the UK ‘Pokémon King’ – sitting on a golden throne and playing Game Boy with hundreds of kids each day!

After two years I made a critical error, and moved into television – as Assistant Producer on the universally-despised videogame review show Cybernet. The production company closed its London office three months after I joined (my Cybernet period was so short it no longer appears on my CV!), and redundancy forced me to go freelance.

I hated being a freelance journalist as I’d rather be part of a creative team, but in my five years as a contractor I worked on a huge variety of UK magazines as a writer, sub-editor and production editor, including Empire, FHM, Zoo, Smash Hits, J-17, Top Of The Pops, It’s HOT!, Girl Talk… too many to mention! I also edited a handful of one-off magazines during this period based on the Scooby-Doo film, The Scorpion King and The Powerpuff Girls Movie, and wrote a regular column on outsider music for Bizarre. When the Managing Editor job on this magazine came up I jumped at the chance, and in December 2007 I was promoted to Editor.

S] Can you remember your first day in a magazine office – how did that go for you?

D] My first proper day in a magazine office was utterly nerve-wracking. I’d blagged my way into the role of Technology Editor on Televison Buyer, even though I knew absolutely nothing about broadcast tech (I thought I’d been clever bumbling my way into a job that I knew nothing about, but I found out later that no-one else had applied for the role!) I spent the whole day worrying that I was going to be found out, and that I’d be out of a job before lunchtime. This feeling lasted for 18 months, until I was able to get the hell out of there.

Regardless, working in the trade press taught me a lot about the importance of planning and communication when producing magazines with small teams – lessons that many writers who go straight into consumer publishing never learn, and wonder why they never get offered senior editorial roles.

S] Back in 2007, when you became editor of Bizarre, how did that feel in comparison?

D] I was overjoyed. I remember telling my partner when I was a freelancer that Bizarre was the magazine I most wanted to work for, and becoming editor felt like a turning point in my career. Like any job, it’s nowhere near as sexy as you’d think, but I still believe Bizarre is one of the world’s most progressive, challenging and ambitious magazines.

S] How have your mission and goals for the magazine changed over the years?

D] When I took over as editor of Bizarre, I was concerned that many people referred to Bizarre as a ‘Titty Gore mag’ (thanks, Dave Grohl), or asked, “Who the hell reads this?” And while I never wanted to sacrifice the core values of Bizarre, I wanted to create a more focused and targeted magazine that served a particular audience, fostered loyalty, and gave us a platform to move into other businesses such as live events, online dating and so on. It’s not all worked according to plan, but it’s been a fun ride regardless!

S] What’s been your defining moment whilst editing Bizarre?

D] Anyone moving into journalism these days needs to understand that working for magazines is about more than just writing, subbing, designing or whatever – you need to get involved in every part of your brand, no matter where that takes you. So while I’m incredibly proud of what my team has achieved with the magazine over the past two years, the memory I’ll carry to my grave was the success of our first major event, the Bizarre Ball, in 2008. We used every trick in the book to get a night’s worth of free entertainment from the UK’s most incredible performers, and the event was a massive success – despite having to move venue at the last minute because someone got shot in the original theatre we were going to use. Arranging the first ball meant a year of sleepless nights, crushing stress, and falling out with the few people who wouldn’t support us. But I wouldn’t change a thing.

S] What’s been the weirdest?

D] As I’m editor of the mag I don’t see much weird stuff as I’m tied to my desk, signing off invoices and preparing magazine flatplans. But the other week I was bent over my desk with a ball-gag in my mouth, being spanked by fetish model Masuimi Max who’d come into the office for a lunchtime visit. I won’t forget that in a hurry.

S] What do you think that the biggest misconception about the publication is?

D] That we’re exploitative. There’s a lot of challenging content in Bizarre, but I stand by every picture we print as they all have an amazing story to tell. We won’t print blood-soaked images for the sake of it – there has to be a good reason for us to showcase this content. You should see the pictures we don’t print.

S] How is the environment and atmosphere at Bizarre different to previous publications you have worked at?

D] The atmosphere on Bizarre is fantastic. Each member of the team has a distinct personality – from Art Director Dave Kelsall and his merciless teasing of other staff members (especially our notorious Picture Editor, Tom Broadbent), to über-chatty Front Section Editor Alix Fox and her ever-changing hair colour. The other magazines on the same floor in Dennis Publishing despise us, mostly because our music is always a little too loud, and because there’s more laughter coming from our bank of desks than from any other mag in publishing. But when we’re on deadline, the silence is deafening and you could hear a pin drop – when there’s hard work to be done, Team Bizarre knows to knuckle-down and get on with it. Or else our Production Editor, Eleanor Goodman, will give us one of her crippling death stares.

S] What’s the biggest challenge that you face on a daily basis?

D] Because Bizarre touches on such a wide variety of subjects, we attract a diverse range of readers. But the problem is that readers all want the magazine to feature the content they’re most interested in, and are very vocal on our Facebook page when they don’t like what we do! The main challenge we face on a daily basis is striking a balance where we can please as many of our loyal readers as possible, yet create a magazine that’s unlike anything else on the newsstand. We also need to strike a balance whereby we can showcase hardcore, sexy and gory content, but not risk the magazine being thrown out of British supermarkets – if we’re not distributed by the major retailers, our sales will suffer dramatically.

S] What’s the future for Bizarre – you already have the Bizarre Ball, so are you looking to expand the brand in other ways?

D] Over the past few years we’ve moved into live events with the Bizarre Ball, online dating with Savage Hearts, specialist books with Body Art 1-3, and business-to-business picture selling via the Bizarre Archive – and in the future we plan to develop these ideas and expand the brand further. Thanks to the sterling work of Bizarremag.com Editor, Kate Hodges, and our Communities Editor, Denise Stanborough, we’ve also just launched a new Ultra Vixens site, where users can sign up and see hundreds of pictures of the hottest alternative girls in the world. Ultra Vixens (formerly Bizarre Beauties) has always a vital part of the Bizarre experience, and I’m delighted to see Bizarre’s female fans finally having a place to showcase their pictures and videos.

S] How do you enjoy the live event side of things in comparison to working on the mag?

D] It may be because I have no formal training in events management, but I find live shows immensely stressful. It’s not until the end of the night and I can have a stiff drink and talk to punters that I can really enjoy the experience. One thing I have learned is to stay behind the scenes. I tried hosting a Bizarre event once – but I was absolutely rubbish, forgot my lines, and couldn’t sleep properly for weeks beforehand.

S] Do you think that it is essential for young and up-coming journalists from the north to move down south in search of success?

D] In the past moving to London was essential, but these days hard-working freelancers can have a hugely successful career from wherever they choose, as they can simply e-mail their copy and pics to their commissioning editor. As Bizarre’s full-time staffers are located in London, we look for contributors around the world who can tell us what weird and unusual things are happening outside the capital. However, if you’re looking for a full-time staff position in publishing, I’m afraid London is still the place to be. I was born and raised in Northern Ireland, but had to move to London to get a job I wanted. Things are changing slowly, and more and more publishers are moving their offices outside London to save costs. But right now, for full-time magazine work, London is the place to be. And as it’s the greatest city in the world, that’s fine by me.

S] What skills does Bizarre look for in an intern – what traits are most valuable?