Killian Monson is a comedian based in Manchester, championed for his sharp wit and quick delivery, he has been booked for events as diverse as the heavy metal festival Bloodstock and Edinburgh Fringe. We catch up with Kill to talk about his career and inspirations. 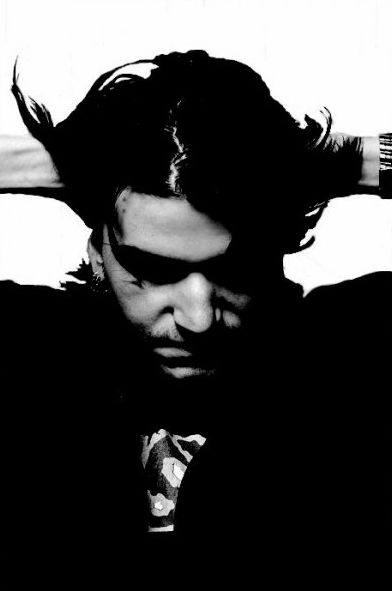 “There are so many criminally uncredited inspirational comics out there”

S] How did you get started in comedy – was it something that you have always wanted to do?

KM] I suppose I always wanted to do it on a subconscious level growing up; I adored watching all those Christmas videos comedians released every year. I didn’t get many of the filthy jokes what with me still a pre-pubescent kid. But I always laughed simply due to the delivery, which I’ve been told on several occasions is my greatest comedic attribute. I’d also watch The Comedy Store TV show on Sky, wishing I was there.

The story on how I got on-stage to try my hand at it is quite a long story, but basically whilst at university I was invited down to my local comedy club by one of my coursemates. That night really put the hook in me and I repeatedly went. But another friend was more convinced than I was that I was funny enough to do it, so he came round unexpectedly to book me in to a local amateur night. I’ve been continuing to grow ever since.

S] What made you chose to stay in Manchester to hone your craft?

KM] Well, when I started Manchester was considered the focal point of the UK comedy circuit and remained that way for a few years. Plus when I started I was in my first year of uni, so by the time I graduated I was well into the circuit. Added to that, the qualifications I graduated with. It was just logical.

S] Do you have a favourite place to prepare your material – a specific location that inspires you for example?

KM] The car. I talk to myself all the time. Especially when someone or something has just pi**ed me off I’ll have a rant in the car to myself. It’s gotten to the point where I’m rambling to myself for the sake of a Ustream blog.

S] Has there been a standout moment of your comedy career thus far?

KM] Performing at The Comedy Store in London is all I’ve ever wanted to do since starting. Getting laughs there is nothing short of overwhelming. Plus performing to thousands of screaming metalheads on my own at Bloodstock Festival 2009 was pretty awesome.

S] Outside of the comedy world, what other projects are you working on at the moment?

KM] I had a musical thing going on with Steve Hughes when he lived in Manchester, but with his schedule he’s doing it solo instead. I’m also a Cameraman and Editor.

S] What are your goals for the future in terms of your comedy – what would you like to achieve?

KM] At the moment, I’m just focused on being a sought after professional comedian on the whole of comedy circuit here and overseas. Whether I’m lucky enough to attain TV and radio fame remains to be seen in many years to come. For the sake of my bank account I can only hope so.

S] What are your biggest personal inspirations when it comes to helping you to come up with new material?

KM] Just about what you know. I’ve also just started writing for my debut solo show to take place at the Edinburgh Fringe next year. I don’t want to give it away yet though.

S] How would you offer advice to someone who is interested in getting into the industry? 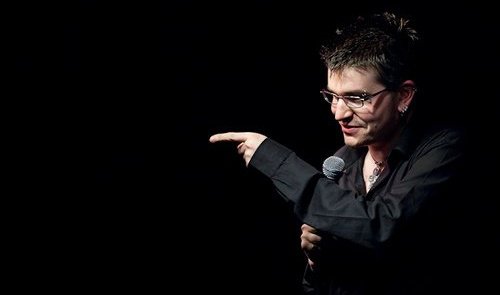 S] You are celebrated for your “dark” take on comedy, so who are your greatest inspirations?

KM] I still don’t get why I’m considered a ‘dark’ comedian when nothing of what I do is dark at all. Not anymore anyway. But my biggest inspirations have been Jack Dee, Richard Pryor, Jason Manford, Bill Hicks, Peter Kay and a whole bunch of comedians on the comedy circuit, such as Mick Ferry, Greg Davies, Justin Moorhouse…I could go on and on. There are so many criminally uncredited inspirational comics out there. Truly.

S] When you are performing new material, do you feel that you have to act a certain way now?

KM] No different than old material. I just need plenty of confidence and belief.

S] You’ve performed at a number of festivals including Bloodstock – as a metal fan, how does that make you feel?

KM] I was honoured. It was the most terrifying gig of my life. But to be able to say I performed at the same festival as so many of my favourite bands have is both brilliant and sad as I was merely some bloke that tried to make ‘em laugh. The bands are the ones who touch people deep inside with their performances. I’d be surprised if anyone can remember my bloody name immediately after I introduce myself.

S] What are your biggest challenges on a day-to-day basis as a comedian and how do you overcome them?

KM] Maintaining my mental confidence and trying to constantly write and be consistent with it. I overcome with persistence more than anything, I suppose.

S] Your random question – in the event of a zombie outbreak what weapon would you use to defend yourself and why?

KM] My car. I drive a hatchback; perfect sloping design. I ain’t messing about with close encounters.

S] And a second, what song or band would you love to have creating the theme to your life or one of your shows and why?

KM] If I can be sarcastic for a minute; I suppose only Napalm Death could be representative of the riotous frenzy I can whip a crowd into! I listen to too many artists and have too many moods to narrow that down. Let’s have the ‘Diary Of A Madman’ album by Ozzy Osbourne since that’s the one that changed it all for me as a kid.

S] What’s the best way for people to get in touch with, and book you?