In our latest industry spotlight, we chat to Nigel Holmes of Hull-based Smash-It-Up Promotions about his work, and history. 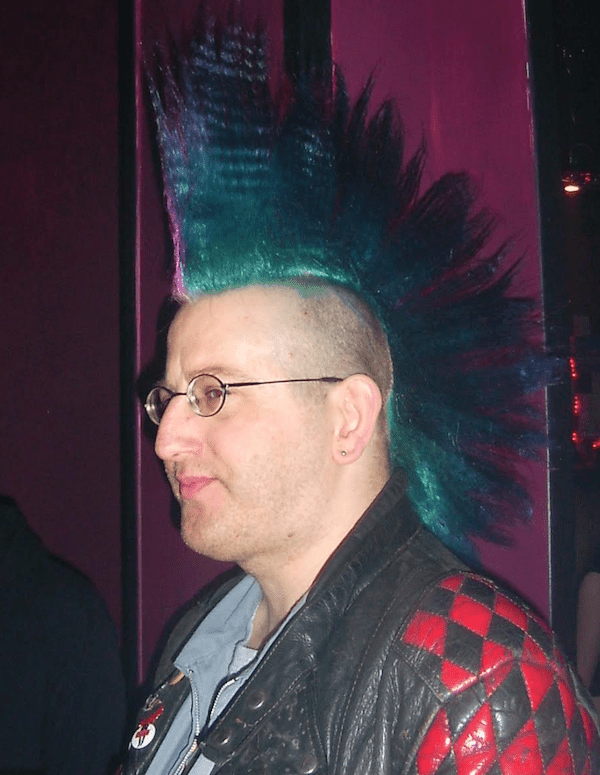 S] What made you start promoting?

I kinda drifted into it really, back in the early 80s, as it utilised my organisational and managerial skills, and my leadership qualities I think. I just love seeing great bands and meeting people, and having audiences find great new bands that they wouldn’t have seen or heard of otherwise. I started out DJing and then some roadie-ing and it led on from there really. It’s also a very creative thing for me, I like to ensure that all parts of the event contribute to making a great night all round, for the audiences.

What’s been a highlight of your career?

Too many to mention, as you can imagine from 35 years in numerous areas of the music industry and business. Probably the most recent thing that springs to mind is having one of my favourite American punk bands Down By Law (who I never thought I’d see in the UK again, since their commercial appeal has waned somewhat since their late 90s heyday) played my Smash It Up night on my 50th birthday in August 2014. I have been a fan of bandleader/singer Dave Smalley throughout his career, with DYS, Dag Nasty, ALL and DBL, so it was a proud moment to have them in Hull. By coincidence, my favourite UK punk band of my youth – with whom I have been friends for 30 years – GBH also played Hull the same month (one of the other Hull punk lads put them on for his own birthday – so it was a double whammy 50th for me.

I have “spotted” many a band in their infancy who went on to bigger things over the years too, that is a source of pride, as is establishing two venues in Hull from unknown to being recognised touring venues in Hull, sadly both are no longer live music venues after my departure, though one of which is now a very successful nightclub.

What are your biggest challenges?

Now this is a hard one. There are numerous ones really. Apathy, procrastination (when buying advance tickets for events), Cliquey-ness, The constant worry of getting enough people to attend so you don’t lose money, mundane and run of the mill cover and tribute bands – though this is as much audience-led as musician-led – the plethora of “open mic” and acoustic nights that are of a poor standard, which in turn can put people off watching live music – there are some quality acoustic acts in the city. The very reactive and copycat nature of many in the city, is also a hurdle that seems – in my almost 20 years in Hull – to hinder things, and my own vision. Some of these are the universal problems we face generally, but one are two are very pronounced in Hull’s case.

What’s the best part of your job?

I get to set my own timetable, I get to see great bands, pride in my work, the joy of seeing happy faces at shows and DJ nights I run. Compliments both past and present on said nights and gigs and knowing that I’ve contributed to peoples happiness in some small way Doing what I enjoy, meeting people making a significant contribution to the music scenes of the cities I have lived and worked in over the years. Being an inspiration and mentor to many also.

What advice would you give to aspiring promoters?

I don’t know really, it’s a very instinctual thing for me, and the methods and landscape these days are very different from when I first started. Live music has become more of a luxury item and not something you do as a cool night out several times a month, but I still feel there is the need for the grass roots promoters and bookers with imagination – though they are few and far between as the sheer profit drive of the live sector at the expense of whether the night, band or artist is good, has made it very difficult for the young visionaries to get a foothold, or have any incentive to promote as the deals are skewed against them in many cases.

Talk to us about Hull’s alternative music scene – what are your thoughts?

Hull’s “Alternative” scene…..now there’s a thing. It is very disjointed and incredibly cliquey, There’s also widespread apathy all of which keep things a bit insular. But there is plenty of talent and vibrancy on the creative side and most bases are covered. Hull is a place of great free thinking creativity both in music and arts – drama, art and poetry, for example, but it does tend to eat itself again.

The somewhat divided and splintered nature of much of what is called the Alternative scene hinders the ability for many of us promoting stuff to attract many of the acts and bands that we miss out on. Having said that there is far more stuff going on than is immediately obvious when you visit.

What plans do you have in the future?

Not quite sure of the future at the moment as 2016 has been a very difficult and trying year, after an impressive 2015, and numbers have been dropping away, so a period of battening down the hatches may be in order, if things don’t pick up soon. There are some possible doors opening for 2017 but nothing concrete.

I’d like to run or own a venue, or arts centre of my own as I think Hull is lacking a quality fully-equipped, well laid-out/ good décor mid-sized venue, and an academy sized venue for major national tours that can both encourage and develop new talent in music and the arts in general, but have the capacity to handle larger acts before they break into the concert halls, I think this is a pipe-dream as far as Hull goes.

I’d like to see a proper festival, with myself involved in the programming, to reflect a wider range of both quality and genres. Many other far smaller places have a festival and Hull is lagging behind. I’d like to see the punk scene represented and as it has played such a pivotal role in Hull’s music over time and has never had recognition and acknowledgement.

I’d like to have my own record label, that would be fun! I also feel Hull needs a proper listings magazine both printed and online with good balanced editorial, so that people have a central point to find out what’s on in the city and region.

Outside of music, what inspires you? Think people, places and things?

This is a tricky one. I’m quite spontaneous, and some may say even eccentric, and my generally inquisitive nature leads me to many things. Be it cycling out and seeing sights and landmarks or going to music nights outside my comfort zone, or going to an exhibition. I suspect I may be a little boring to many as I may not always follow what most to be considered a normal path. I’m full of admiration and respect for people that do things so well, that I myself am not so and I can get inspiration from that, be that a poet or artist or musician or skilled tradesman.

I have also been inspired by the many festivals I have attended as a Tour Manager, and that has contributed to my vision and desire to see what Hull could be like.