In our latest Industry Spotlight, we talk to mediaparents.co.uk creator and editor Terry Tyldesley, about her climb in the media industry, balancing work and family, and the passion and motivation it takes to continue striving. 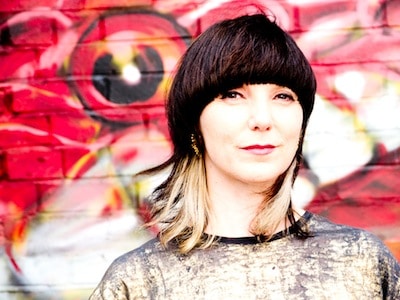 S] How did you get started on your career?

T] “I did a degree at University and then a postgraduate in journalism, and I started on a local newspaper. That ranged from covering everything from music to crime. Then I got a job as a researcher on a new programme on a new TV channel and joined the BBC and worked my way up to be a producer and director, with training along the way, and then worked for quite a few different broadcasters after that.”

S] Can you talk to me a little bit about advice for students and young broadcasters who want to get to a position where you have been?

T] “It may sound like a bit of a cliché but enthusiasm and initiative go a really long way. People are prepared to take someone with a bit less experience if they think they’ll really own their role and be great to work with. Getting work experience is really important, people often ask you back. I think it’s really important to show that you’re striving whether you’re writing your own blog or doing articles or reviews for a student newspaper, working on student radio stations or making a short film about a local person. That kind of thing. If you make a good impression on someone it’ll take you far. Be ready to listen, you may be the best new director in the world but there’s always something you can learn on any project.”

S] One of the things we really admire about you is you’ve got the band, the family and also KitMonsters. How do you manage your time effectively?

T] “Lots and lots of hard work and flexibility.”

S] Can you you tell us about where the KitMonsters concept came from?

T] “I needed to get some new music kit and I found it really hard to get a real sense of what would work for me. I wanted to know what up and coming bands were using, not just the stars, ‘cos you want to know what people who are in your musical genre are up to. I thought maybe other people want to know about this as well, and I spoke to musicians and kit makers about it to see if people thought it was a good idea, and then I was working with a fantastic web developer and started putting it together.”

S] You’re also in a band yourself. What advice would you give to musicians about how to get their start as you have managed to do alongside your other commitments?

T] “The most important thing is to be passionate and be yourself. People can tell if you’re faking it or putting on too much of an act. There’s this great Kurt Cobain quote, ‘I’d rather be hated for being what I am than loved for who I’m not.’ Twitter’s brilliant for making good connections, and there’s lots and lots of radio DJs who tweet about wanting new music, so there’s lots of opportunities if you keep your eyes peeled.”

S] Have there been any major career highlights for you?

T] “I seem to have one every week [laughs]. Interviewing all time music heroes is obviously a great highlight, and finding new bands is always one, and watching them grow. Working in the media and being a journalist is often a real privilege. It’s hugely hard work but being able to dip in and out of other people’s lives and get insight into what other people are doing and how they live is really good.”

S] What keeps you passionate and motivated as a creative person working in music and media?

T] “Working with other passionate, creative and inventive people. Teamwork is always amazing. You have to keep learning and that’s always great, to find new ways of working or new technologies…and chocolate, when everything’s going downhill!”

S] I think the clichéd conception among young people is that you can’t have a child and be successful. Can you have a family and be successful in the media or do you need to wait to do that?

T] “I think you can but you have to make it work for you as much as possible. It’s not a one size fits all, and it saddens me hugely when I see some young woman saying, ‘Oh well, I just can’t do this job and have a kid so I’m not going to have the kid’. But I think you do have to think quite carefully in a time when work’s getting ever more demanding for people who’ve got jobs in the media. It is a tough job to combine with a family, there’s just no two ways about that. But your experience can enhance your creativity. I know a lot of women who have really come into their own creatively after having kids. I also recommend mediaparents.co.uk, a campaigning organisation that helps people get jobs.”

S] Does location matter? A lot of our readers have done well ‘cos they’ve moved over to London and Manchester. Do you think location really matters to be successful in the media?

T] “Because of digital technology and social media it’s much easier to keep in touch, and also there are real efforts being made to get more media production outside London. But it also depends on what kind of thing you want to do. That’s a hard one, but I wouldn’t say the only thing to do is to move to London, there’s a lot of opportunities outside of it.”

S] What are the plans for you and for KitMonsters in the rest of 2013?

T] “So far, 2013 has been absolutely ‘rocket-powered’. The key events to do with music and technology happened in the first part of the year. But more bands, more technology, and more travelling.”