For our latest Industry Spotlight, we talk to York Acoustic founder, and director James Arden about the project and the forthcoming film being made about York’s great music scene. 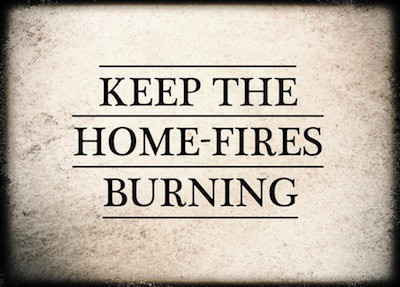 J] “As a music fan and filmmaker, I was really into a lot of the great acoustic session channels on the web like Watch Listen Tell and The Mahogany Sessions. But nothing of the sort existed in York, and with so many great musicians and unique spots around the city, I felt the local music scene deserved one. After coming up with the name, I set up the page in November 2011 and went from there.”

S] How did the partnership with One&Other TV emerge and develop?

J] “I was involved with One&Other early on as a writer for the main site, about a month before I started York Acoustic. When One&Other TV launched with the aim of revealing York in all its glory, we felt York Acoustic would be a perfect fit. Our session with Fox North Coalition in The Inkwell is the most viewed video on the site at the moment, which is nice!”

S] What has kept your team passionate about York’s music scene through the time you have been working together?

J] “For such a small city, it still amazes me how much is always going on – you’re hard pushed to not find a gig somewhere every night. We’ve still barely scratched the surface of the talent in York with our sessions. The enthusiasm of the musicians and willingness of local business owners to let us roam around with cameras has been really encouraging. Ben Bentley and I have great fun filming, but we couldn’t do it without local support.”

S] What are the next steps for the project?

J] “The next big step is our crowd-funded documentary, ‘Keep the Home-Fires Burning’. Following several local artists, we’re aiming not to glorify their lifestyles but to show the hard-working reality of gigging for a living. We’ll be going from bustling bars and pubs to backstage at music festivals, into BBC studios and behind-the-scenes for album recordings. We will also continue filming our session videos.”

S] How did you decide on the title, ‘Keep the Home Fires Burning’?

J] “As well as being the name of a song by Boss Caine – who will feature heavily in the film – the title comes from an old British First World War song. I love the idea of musicians being away on tour and yearning to come back home to York, while family and friends keep their spirits up and await their return. Plus, it’s just a cool title for a film.”

S] What have been some of the major challenges in getting it all together?

J] “I have sent so many emails! To be honest it’s been quite a smooth process, but the big challenge was getting the right musicians involved and organising access to certain places. We’ve already filmed a small segment with Mark Wynn at BBC Radio 6 Music, and we’ll be filming at YO1 Festival and Beverley Folk Festival later in the year. It’s been really gratifying to receive support. We’ve also been invited to screen the film at Galtres Festival in August based on the idea alone, which is very cool.”

S] What do you hope to achieve with the documentary?

J] “We want the world to know about the diversity of musical talents in York, and to give audiences an exciting insight into a truly bustling music scene. We want our documentary to go as far as possible on the film festival circuit and beyond. We might be working with a small budget, but we’re aiming big.”

S] James, how has your background prepared you for an undertaking such as this?

J] “I studied English at York University, so I like to think I got to know the city in my three years as a student. Running York Acoustic gave me a real insight into the local music scene. On the filmmaking side, I direct and edit each session. I’ve also been fortunate enough to work on productions at the National Film and TV School and Pinewood Studios. I made a short film in my final year at university that screened at Aesthetica Film Festival, as well as festivals in Leeds and London. This documentary is a labour of love and I’m ready to give it everything. Ben Bentley (live music photographer extraordinaire) is our Director of Photography, so I can’t wait to get behind the camera and collaborate with him.” 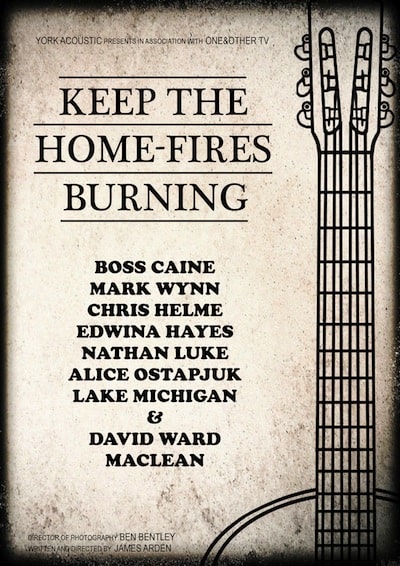 S] Why did you choose IndieGoGo as a platform?

J] “I think it’s a great crowd-funding platform and invaluable to independent filmmakers like myself. It’s a fantastic way for fans to get directly involved in the project, and for us to give something back in the form of perks. We need their support – we literally can’t do it without them!”

S] Why do you think that York’s music scene is so strong?

J] “There’s a weird and wonderful vibe inside those city walls – everyone is enthusiastic, passionate and creative. Artists help each other out, collaborate and live for the music.”

S] Do you have a message for all your supporters?

J] “If you enjoy watching the York Acoustic videos and discovering new music, please spare a few quid to help us make this documentary. The talented artists involved have such great stories, and I can tell you now: the soundtrack will be ridiculously good.”