In our most recent spotlight, we have a chat with Dominik Paczko, founder of the Choose My Music record label. He chat’s to us about the label’s foundations, the truly admirable State Of Music project, personal blogging, and the label’s future. 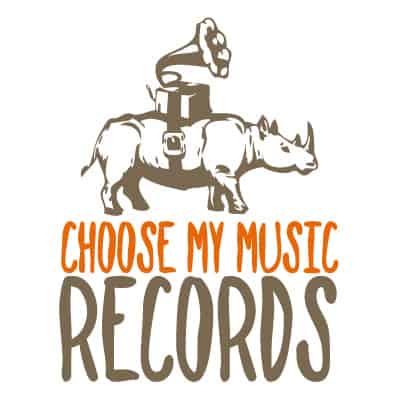 S] What inspired you to create Choose My Music?

D] “Well it started as a website first, mainly to give me something more life affirming to do after being made redundant. The website was initially me inviting people to randomly select music from my 1000+ strong CD collection; I would then listen to, and write about, which ever album was chosen.

I then realised I had the perfect platform to start writing about all the great new music I stumbled across online  but also realised I was very bad at doing actual reviews. I decided to interview bands instead, to give them the chance to give their own view on themselves. It wasn’t until the State Of Music project really started doing well that I decided to set up the label.”

S] What was the inspiration for the State Of Music project?

D] “There really wasn’t one; it was just an idea that came to me very quickly while doing some housework. I was trying to think of something I could do with the website and I started wondering if it would be possible to find one unsigned or indie label band from all 50 US States – instantly the name ‘State Of Music’ came to me and I decided it was too much of a good idea to let go.”

S] How do you go about finding these inspirational bands from such a large country?

D] “A lot of internet searching. My first job was to actually get a list of all 50 US states. I then decided to get some kind of idea if it was at all possible. I started looking at some of the more obscure states, I figured if I could find a band in Alaska, Nebraska or North Dakota then the rest should be a doddle. The majority of bands I discovered through my own steam, my partner Anna helped out and found a couple, and there were one of two that were suggested to me by bands who were already participating in the project.”

S] Although I’m sure all of the bands you found were great, are there any that have really stuck in your head?

D] “DEERPEOPLE from Oklahoma, Flashbulb Fires from Colorado, L’anarchiste from Utah, Hotfox from Indiana, Junior Astronomers from North Carolina – these are all bands which spring to mind, but I would stand by all 50 of them on their own merit as exceptional bands and artists.”

S] Are there any bands in particular that have achieved a large amount of success/popularity since being feature on the State Of Music records?

D] “I don’t think I have made any great changes to a bands popularity per se; certainly some have gained a slightly larger UK fan base through the project, but I wouldn’t put myself down as helping any of them achieve success or popularity.

Junior Astronomers have since been signed by Favorite Gentlemen Records, and DEERPEOPLE have been cited by Wayne Coyne of the Flaming Lips as the next big hope from Oklahoma. We did have some additional bands on the project, who represented their states at our SXSW Showcase, who have done quite well. Houndmouth have recently been signed by Rough Trade, who scouted them at our show, and I am hearing Horse Thief are also close to signing for a very reputable UK based label.”

S] What gave you the idea to support community organisation Camden Calling via the State Of Music project and how involved are they?

D] “I was introduced to Camden Calling by a random series of events. I became friends with Alex (who runs the organisation) and I thought they had a really unique project supporting homeless musicians. I remember speaking to Alex one day and she was telling me that they were close to running out of money. I went away, thought about if I could help them, and then realised I was interviewing bands from all over the US as part of the State Of Music project. I figured I could transfer the project from a simple blog project to something more physical.

I approached the bands who I had already featured – the project had been running for two months at this point – and lucky for me they all agreed to take part and donate a song. I am so pleased they did, they could have said ‘no’ there-and-then and none of this would ever have happened.”

S] Are there any bands in particular that stood out as a pleasure to interview?

D] “My 50th post was Dessa from Minnesota, she is part of a seven-piece rap collective called Doomtree who I was already a fan of. Just her agreeing to take part was a big deal for me. F.Stokes from New York was also someone who I was lucky to get. This guy tours regularly in the US and mainland Europe, and is an absolutely lovely guy. Vox and The Hound (Louisana) were also nice and are one of the bands I have really made an effort to keep in touch with. They have just released a new album which I am eagerly awaiting my copy of.

The majority of the bands were an absolute pleasure to work with and it is good to know that no matter where I find myself in the US there is a strong possibility I will have a floor to sleep on – and someone to have a beer with.”

S] How does it feel to have got knowledge of the project so widespread and did you see it coming?

D] “I actually don’t feel I was able to get the word out enough. I mean I am happy with how well it has done, but it could have done a lot more. I hope that doesn’t sound like I am grumbling. I guess whenever you do something that you put so much time and love into, you always have high expectations.

It is difficult though, for the blog part of my website (where I still interview new bands on a weekly basis) I must get at least 10 to 15 emails a day from bands asking me to feature them, and I cannot get through all of them. So you are always competing in a very noisy marketplace, occasionally you are lucky enough to get noticed, but the whole PR thing is a full time job in itself. I was lucky enough to have The Creative Condition help me out in the latter stages with PR, but the continued hustle can be very draining when you already have a full time, bill paying job.”

S] We notice you’ve had a lot of coverage from Amazing Radio, did you approach them or did they approach you upon learning of the project?

D] “I submitted some music to them, I think after the release of ‘The State Of Music Vol.2’, it wasn’t until ‘…Vol.4’ was released that they really got on board. I was lucky when Dani Charlton, who presents her own show as well as producing others, decided to give my catalogue a listen. She was kind enough to really get what I was doing and appreciate the effort. I really do have Dani to thank for all the support Amazing Radio have given me, she set the wheels in motion and they have been very kind to me.”

S] What was it like to talk to Lauren Laverne on BBC 6Music and how did that come about?

D] “We spoke some time before The State Of Music started; the website was up and going but it was in its early stages. I introduced Lauren to the New York band We Are Augustines. I had known Billy and Eric from the band for a few years and randomly tweeted Lauren about them. She happened to like them – this was around the time I applied to take part in her ‘Memory Tapes’ section of her 6Music show.

I really did enjoy talking to her, both on and off air – she knows her stuff and has been kind enough to listen to and give me some much welcome feedback on my label releases. Lauren is also kind enough to mention me occasionally when We Are Augustines are played on her show. It’s not like we are friends or anything, but if there was a vacancy for such a position then I would apply for it. I have been lucky with BBC6 Music really, Cerys Matthews played a track from ‘The State Of Music Vol.1’ on her show in March and I was allowed to plug the label a little on their breakfast show. Again, all of those guys are so busy and are inundated with music on a daily basis, so I am lucky really.”

S] Do you have any future exciting projects? Are you planning on doing more fundraising or will you concentrate on raising the profile of bands?

D] “I don’t think there will be any projects, that’s not to rule anything out. I don’t purposely look for them, they just kind of develop in my mind. The plan is to release 6 albums by some previous State Of Music bands throughout 2013. There is going to be a Kickstarter campaign after Christmas to help raise some money to pay for manufacturing costs. There may be the odd compilation album or project, but there is nothing I am working on at the moment.”