Jagz Kooner is very influential in the world of electronic music; he’s a man unafraid to cross genres and sonic boundaries. And we think that’s real cool. This guy has worked on genre-defying records for the likes of Primal Scream, Bjork and Massive Attack – how freakin’ ace is that sh**? Anyway, in this, our latest industry spotlight we chat to the production ace about his career in the music world, championing new artists, his approach for remixin’, and while we’re at it, we bother him about what skills any young up-and-comer needs to break into the industry as it stands today. 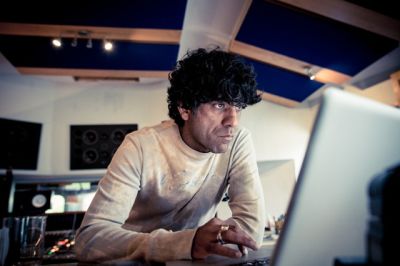 “As a producer, you need to be able to get the best out of people”

S] Hi Jagz, what stuff are you working on right now?

JK] “I’ve just finished a remix for Officers featuring Gary Numan. I’ve been a fan of that band for years and it was an honour to work with Gary Numan as well.”

S] What does a typical day in your life consist of?

JK] “Well, I will get up in the morning, spend an hour checking e-mails and sorting stuff out, then I will lock myself away in the studio for rest of the day!”

S] As someone who has been very successful in his chosen field, what are your biggest regular challenges?

JK] “I think it has to be maintaining a decent head space. By that, I mean it’s important to keep creativity flowing, and that doesn’t always happen. I always listen to new music and watch films to be inspired, but there is only 24 hours in a day, so it can get quite daunting and any ideas drying up is always a worry for me.”

S] When you remix – how does it work? What’s the process like when working on a Rammstein track in contrast to a Primal Scream one, for example?

JK] “The process is pretty much the same. I mean, I will normally go through and have a listen to see what I want to keep, and then rebuild the arrangement and add extra parts accordingly.”

S] How do you look back on your work with Sabres Of Paradise, now, at this point in your career?

JK] “I don’t! I had a great time in the Sabres and it was an incredible experience but I’ve moved on from that, so has everybody else involved in that project. I’m still proud of what we did, but I have never been one to look back at stuff. I prefer to get excited about new music and new projects.” 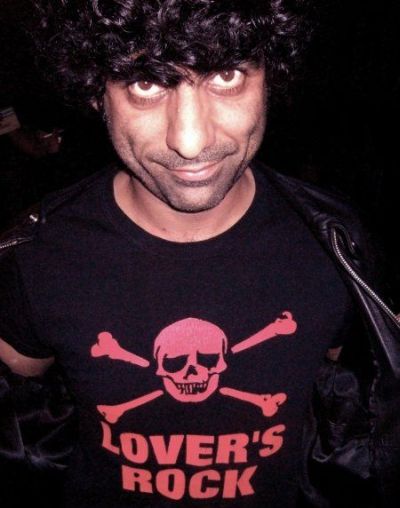 S] How do you feel about the state of electronic music in 2012?

JK] “I have mixed feelings about it! There is still amazing music out there, but if you’re making electronic music nowadays you are automatically labelled alongside EDM [Electronic Dance Music] and such. Although acts in that genre – not mentioning names – have opened the doors for people to acknowledge electronic music more it’s also pushed experimental stuff more out to the fringes. dig deep and there is still some great tracks being produced.”

S] What are your thoughts on the current trends like dubstep?

JK] “I’m all for advancements in every type of music, and welcome every genre with open arms – as long as its a decent tune. However, what tends to happen is that one person has a good idea and 100 people copy it. Dubstep is no different, it has turned into the formulaic structure of breakdowns, builds and wobbly noises that pretty much plagues most dance music. However, there are great acts in every genre and it’s just a case of wading through the banal to get to the best material.”

S] How did you get your “break” into the music industry?

JK] “Well, that’s a bit of a long story. Me and a friend, Richie Fermie, starting making acid house tunes and preforming live with a Roland TB303 and various other analog boxes before anyone really knew what the machines that made acid house were. I then also started making bootlegs of tunes as well producing alternative versions of a few indie tracks. Andrew Weatherall heard the stuff I was making and asked me if I wanted to go into the studio with him to do a few remixes. We did a remix of Jah Wobble featuring Sinead O’Connor – everybody loved it and we had a great time making it. That’s how it all started!”

S] In terms of production, what advice would you give to anyone starting out – is it all about getting experience, as much as possible, and how is that achieved?

JK] “Blimey, that is a big question! Okay, first and foremost, you have to be an avid music fan and I don’t mean listening to tunes every now and again but actually analysing songs. see how they are made, listen to arrangements and work out song structures. second – learn your craft thoroughly! Get a laptop and some music software, or a guitar and amp, then work out how to put a song together, understand how synths, guitars and keyboards work as well as plugins and outboard gear – there are plenty of tutorials on YouTube. Third, try and see if you can get in to work together with someone. the best experience you can gain is actually being in a room with other musicians and understanding how that works, personality-wise as well as musicianship – you will never make it as a producer if you can’t get the best out of people.”

S] What about anyone trying to make a start within the music industry, is it all about who you know?

JK] “Well, the music industry is constantly changing nowadays and in all honesty with the internet and ability to make your own tunes and get them out to the public, it means you don’t really need to be knocking on too many doors anymore. if you’re good enough, people will find you. Obviously, let people know you exist! But you will find, if you’ve made a good track, that people will come looking for you.”

S] What techniques do you use to find focus when working in the studio?

S] Who are some of the greatest emerging acts that you’re paying attention to right now?

JK] “One is Eyes On Film. They are a great band; they’ll definitely be ‘big news’ very soon.”

S] Can you give us a particular high-point in your career, and tell us why it means so much?

JK] “Everything has been pretty amazing really but I think ‘XTRMNTR’ was pretty special as it was one of the few times I was allowed to do exactly what I wanted to do without any interventions or external input. Primal Scream are one of the few bands who will allow you do completely turn a track on its head without egos getting in the way or anyone crying because their ‘part’ is no longer there. Also, I always get a kick out of people who i admire musically sending me a message saying they love what I’ve done. I once got a fax from Royal Trux saying they loved my version of ‘Dirty Headlines’. Plus, I once got a call from Robert Plant saying he was a fan of the stuff I was making. We threatened to work together but it never actually happened, still I have the memories of that phone call!”

S] Are you scoring films more than anything else right now?

JK] “I’m not scoring any films at all at the moment. I will be putting a score together for Cinemission – the new venture by Mike and Claire who used to run Manumission in Ibiza – but that wont be till March 2013.”

S] Who or what is inspiring you outside of music to keep creating?

JK] “My daughter always inspires me. We have great conversations about new, and old music. It’s amazing to see how she views the world completely differently from me and puts things into perspective.”

S] What are your goals for the rest of this year?

JK] “I have a lot of projects that I am developing. There are three-or-four albums that I need to do as well as making a few EPs with a couple of artists. My goal is simply to finish everything!”