For our latest industry spotlight interview, we chat to the founder of Fibbers and The Duchess in York, Tim Hornsby. Here, we talk to the major player of North Yorkshire’s music scene (for the last twenty years) about his career, and get more advice for aspiring promoters. 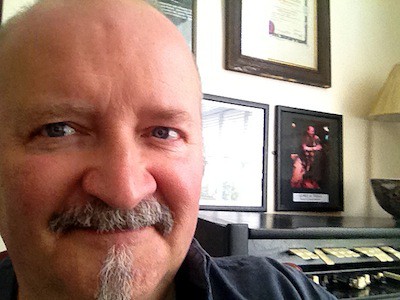 “[To be a promoter] you don’t need money, you need balls”

S] Can you talk us through your current role, and a day in your life?

T] “There’s never a typical day in terms of content, but what I do is broadly the same. Two large espressos to start the day and then on to e-mails, trawling for acts, ‘discussing’ fees etc with agents, advancing shows and all the general electronic paperwork which has increased tenfold now that agents and bands don’t have to spend time and money requesting information that they never seemed to need before the Internet.”

S] Tim, can you tell us about how you got your start as a promoter?

T] “Twenty years ago, I started Fibbers as a bar with the usual food and drink offers, with the vague idea of getting a good live music offer going. We got good really quickly and it just snowballed from there.”

S] What are some of the constant challenges that you face?

T] “Making shows pay, and convincing acts to come to York instead of the bigger cities! The general downturn in ticket sales at this level making it even more difficult to build an act. But, hey, I’m in my fifties and still doing rock ‘n’ roll, so life’s good.”

S] What’s your perfect soundtrack to your typical day at the office?

T] “The kettle is always boiling. If I’m not listening to stuff that’s new to me, the room tends to be quiet so I can think. Though, Pushed for a choice it would be between Pissed Jeans and Close To The Edge on loop.”

S] What advice would you give to any emerging promoters when it comes to “best practice”?

T] “One. Deliver what you promised even if it’s killing you. Two. There’s a big difference between hype and lies. Three. It’s a really small industry so don’t steal shows and don’t claim credit for something you haven’t done. 4. And speaking of credit, you don’t need money, you need balls.”

S] Is there a stand out “horror story” that you would use to warn people about what not to do as a promoter?

T] “A Leeds promoter friend cheekily flyposted all the council sites for one of his shows. In a rare bit of inspiration, the authorities didn’t cover up his posters or even take them down. They just wrote ‘cancelled’ on them all. Genius.”

S] Can you talk about the best advice you yourself have ever received?

S] What have been a couple of your best memories as a promoter?

T] “Making a profit, and getting out of lifting amps.”

S] On your official blog, you reflect on your career in the music industry – is it those memories that keep you inspired and motivated to keep going, or something else entirely?

T] “I’m just determined to get to the end. I told someone I worked for once that he would have to kill me to stop me. I saved him the bother and walked.”