In our next Reverbnation Spotlight, we chat to Erik Hale, otherwise known as Convulsic. 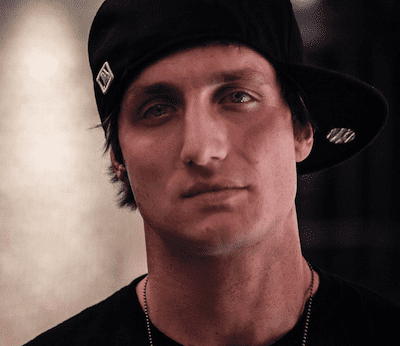 S] How have you changed and developed as an artist since you started out with Convulsic?

E] “Tremendously! I have learned a lot about myself from producing music. Production is something that takes a lot of patience and determination. I always thought myself to be rather impatient. It’s always a surprise to learn something new about yourself, especially through doing what you love.”

E] “So far I would say my biggest highlight has been making the national airplay top-40 list. It was awesome to know that dubstep is still able to compete with genres like pop and hip-hop. Funny because some people claim it is dead as a genre. My goal is to prove that it’s not.”

S] What sort of stuff are you inspired by outside of music – think films, games, locations or people…?

E] “I am very inspired by the ocean, and nature in general. Especially the water. I love to surf because it gives you that moment to focus on something outside of yourself. It’s almost like nothing matters besides that moment with you and the water. Kind of corny but I love it!”

S] What experiences and motivations inspired the track, ‘Love Space’?

E] “That track was a combination of many different events for me. However, I never like to say what tracks mean to me because I want the listener to form their own meaning or feeling behind what the track means. Fans should enjoy that sense of mystery and musical freedom.”

E] “I just found out I am opening for Zomboy in July, and for those who don’t know a lick about Dubstep, Zomboy is one of the biggest names out right now. Also, I plan to release another EP and conduct a tour of the West Coast in the States.”

E] “Yes, very much so! The UK is where this genre started. As mentioned above, Zomboy! I believe he is from the UK, as well as Rusko. I have always known that the UK has been a pioneer in music. I remember loving a lot of UK punk music and even stemming all the way to The Beatles! Awesome stuff.”

E] “Is that a formal invite? I would love to! Especially because I feel it is always beneficial to see where the music stems from. I feel it would inspire me on a different level to be able to make a track in the birthplace of the music! And to play a show? That would be unreal!”