As part of our latest Reverbnation spotlight, we chat to Radio Drive featuring Kevin Gullickson. 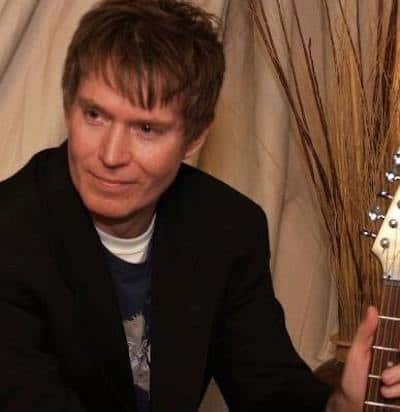 K] “The Beatles have been among my first and biggest musical influences. From there I got into heavier sounds and Led Zeppelin became a huge music influence. I love the bombastic drums and the energy of Jimmy’s playing. From there my influences broadened to several bands from the 80s and 90s like U2 and REM. More recently I’ve been listing to a lot of ColdPlay. Those are the bands that inspired and influenced me the most.

I’m easily inspired by great musicians. I can listen to almost any style if it’s a great song or performance. Recently I’ve listened to Beethoven’s ‘Moonlight Sonata’ – an amazing piece. I listened to Gotye ‘Somebody That I Used To Know’ and Lorde ‘Royals’ – I love the simplicity in those songs. They go so much deeper than just playing music. It’s ingenuous.

I even listened to Yes online on YouTube – their concert at the House of Blues. I love the genius of Yes. They play so effortlessly and each part by itself is amazing and when it all fits together becomes incredible. And of course, Paul McCartney. I love how prolific he is and how music flows from him. Even at 72 years old he’s selling out stadiums putting on amazing shows. He is so inspiring to me. I need to add U2 and Bono to my list as well. I love their passion for people. It’s conveyed in their music and concerts and the way they reach out through humanitarian causes. I love the positive energy and how they put it out there in such a cool way.”

K] “I’m inspired by lots of things. Sometimes, I’ll sit down to the piano or pick up a guitar and start messing around and a song will come from that. Maybe a riff that I’ll put some chords around, then get a melody going.

As for lyric themes and inspiration, that usually comes from people and relationships. Sometimes my own, sometimes from others. Sometimes the theme is heavy – like this father and daughter I know who haven’t spoken in 4-5 years because neither wants to apologise over an argument they had. I wrote a song called ‘Two Simple Words’ about the power of saying “I’m sorry” that could mend their relationship.

I try to keep my lyrics on the optimistic side of things. I love to empower people with my songs and lyrics. I have a song called ‘Life Today’ which basically is about declaring that you’re going to have a great day no matter what happens (not being bogged down by circumstances). And even my latest single ‘A Taste Of Heaven’ in the chorus I sing ‘You invade and dominate my life with Heaven.’ You could say, in a profound way, it’s about releasing positive energy. For me personally, that really charges me up. I want to release that in my music so others can catch that wave.”

K] “That’s a good question. If I had to choose one song, it would be my new single ‘A Taste of Heaven’. I worked with a producer in LA, Chris Garcia – he’s worked with Katy Perry, Celine Dion and several other major artists. He brought in some fantastic musicians including Nick Lashly, guitarist for Alanis Morissette. Together they added an amazing dimension to my song. This song captures most everything I want to have in a song and definitely defines my sound. I say ‘most’ because I love a great guitar solo, which this song doesn’t have. Although it does have energy, it’s positive, it has some really good guitar work (thanks to Nick), some string orchestration, lots of harmonies, it has a contemporary sound, great production (thanks to Chris) and it’s catchy. It’s not wimpy or too heavy, it’s somewhere in the Alternative Pop Rock middle genre, which is where I’m at.”

K] “I think the UK is great! I love the culture, music, literature and arts that have come from the UK. All this has had a tremendous impact on America and the west and me personally. My influences and favorites are all from the UK. My favorite comedy is Monty Python. My favourite music is the Beatles, Zeppelin, and ColdPlay – I would add U2 and Guinness Beer…even though I know they’re from Ireland. My favourite authors are Arthur Conan Doyle, C.S. Lewis and J.R.R. Tolkien. There’s something about the UK that has such an appeal to most Americans, including myself. Your country has produced so much that has had a tremendously positive impact on me personally and the world. I would love to spend a season in the UK absorbing all that culture and write and record an album.”

K] “For the last year I’ve been doing an unplugged solo show, just me and a guitar with some ‘unplugged’ backing tracks. It was more laid back. Now I’m in the process of putting a band together that will be more like my music on the CDs, with a full band and a lot more energy. When the band is together, we’ll be doing songs from all my CDs. Maybe a few songs as an acoustic set as well.”

K] “Right now, as I mentioned, I’m putting a band together. That can be a challenge finding the right people who share the same focus and goals, determination and dedication, musical direction and groove. It’s great playing with a band. You can’t get that feel just playing along to backing tracks. It’s worth the time and effort looking for the right people. Once the band is together, then the next challenge or task is putting a show together. I want to do more than just play music. I want the music to take on a life of it’s own, if you will. Then it becomes an experience. In order for that to happen the musicians need to be so tight, not only musically but connecting on a deeper level. That’s when the magic happens.”

K] “Very exciting news! Just today a contract was finalised and I’m signing a management deal with Artista Group out of Los Angeles, California. A full press release will be coming out shortly. So you’re the first to know about this! We’re all very excited. The game plan is to take 8 weeks to get my band together, ramp up a promotional campaign, then go on tour for 2-to-3 months. We’ll be launching in Scandinavia at first and – hopefully – doing a tour of the UK either later in 2014 or early in 2015. We haven’t sorted out all the details, so it’s too early to tell. If I have any say in the schedule, the UK will definitely be on the tour! I’ll keep you posted and hope to see you at a show real soon.”