Home » Rhea Ripley on how she has changed as a performer, favourite bands, including Motionless In White

Rhea Ripley talks about how she has changed and developed as a performer, and wrestler – and what it means to inspire others. 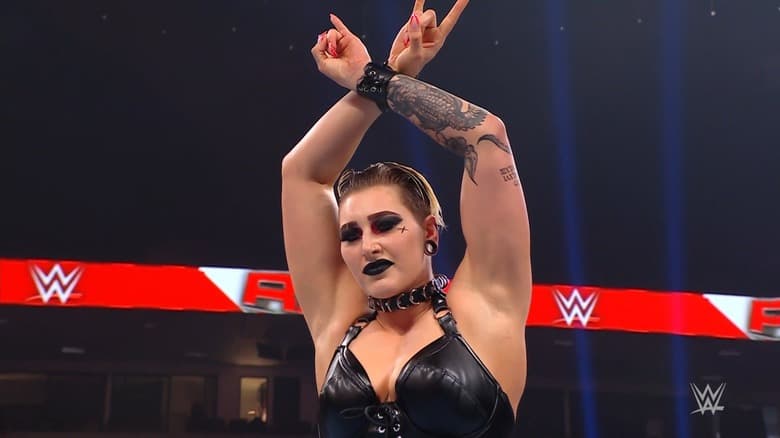 “I guess, for me success is feeling complete,” says Rhea, taking some time to think about her answer. “Anything that I do is a success in itself. I don’t have goals, I just wanna see how far I can get. Just making it to WWE is a success. Being satisfied, and knowing that you worked as hard as you could, to get as far as you could, and knowing that you tried everything.”

With the platform that Ripley has, she is now in a position to inspire and motivate many young people who feel like they might be “different”, or “the underdog”. She comments on how “heartwarming” it can be to get messages from fans: “I get a lot of messages saying that I have helped people with confidence issues, and helping them to come out and be themselves. I think that is so special.”

Rhea expands on this point, saying that she used to get picked on for being different when she was younger, and that had an impact on her: “I still get picked on for being different now, but I ignore the haters!” Rhea’s overall message of empowerment is an inspiring one, it’s about enabling people to feel comfortable in their own skin.“If you’re happy with yourself, then screw what anyone else thinks! They are not the boss of you. It’s cool for me to get that message out there to people, and show them what I stand for, and have them stand for that as well, and find that confidence.”

Rhea hasn’t always had loads of confidence in her own abilities – in the year between the first and second Mae Young Classic, Ripley was trying to find herself, and make the changes she needed to feel comfortable in her own skin. “That was a tough year, inside and outside of work – one day I was just like, ‘I’m sick of pleasing people, and I am sick of trying to be someone that I am not’. That’s when I cut my hair, changed my gear and rocked up to picture day for the second Mae Young, and that was who I wanted to be. If it didn’t work then it would have been my arse on the line, but I didn’t care. I was going to go out there the way that I wanted to. That was the biggest change in my life.”

The conversation moves toward music, and Rhea enthusiastically puts over Motionless In White as often as she can: “I’m gonna say them for absolutely everything, because they are so bloody good. Chris [Motionless] gets so into it too.”

Final message for the fans

Listen to the full audio from the chat below: