In our next tech spotlight, we chat to Digital Sun Media’s David Young, the inventor of the Theremin Bollards. 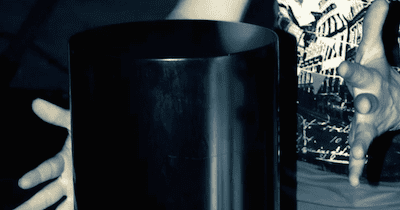 S] Can you introduce yourself, and tell me a little bit about your business?

D] “My name is David Young, I run a company called Digital Sun Media! I work within music technology education, community music and sound installations (Theremin Bollards) and occasionally large commercial organisations. For the last four and a bit years, I have been working at York St John University as a visiting lecturer.”

S] Where did the idea for the Theremin Bollards come from?

D] “It really is a long story! Or, should I say, it’s lots of creative ideas amassed over years coming together for a MA project. I have been playing with theremins for years, I was a student at Access To Music and I bought a cheap theremin, while in the recording studio one day, I was playing guitar, the theremin was sat in front of me and I suddenly thought, I wonder if I plugged the guitar into the Theremin what would happen! I plugged it in, and the guitar became a theremin, at that point, I suppose that was the spark. Realising I could make theremins out of different objects really excited me. Shoot forwards 10 years, while studying on a BA Music Production course, I had to do a experimental music piece, so the theremin bike was born!

In 2011, I began my MA in composition, I wanted to really challenge myself and explore new forms of music creation. My interest in my previous theremin experiments, made me explore how I could use it as part of my MA. It became my full-time project for the MA and ever since. The idea to use everyday objects was inspired by a trip to Morrisons and being drawn to the lovely shiny bollards which are placed all around the outside of the supermarket. I thought it would be fun to turn one into a theremin and watch people’s reactions as they walk past.

I soon realised that the idea could be much more than a fun thing in a supermarket car park – although I still think it could – I realised I had found a way to make the Theremin (which is considered one of the hardest instruments to play, into one of the easiest. I could see the real benefits of having a device like this, especially as I had done quite a bit of work with disabled adults and children and had always thought many of the devices, not all, we use in music therapy need a level of skill to play, making them not that accessible for many people, both able-bodied and non. So the idea of the interactive sound sculpture was born.

I have also got to give a great deal of credit to two other people, Jessica Young, my daughter who although has a disability affecting her movement, defied all odds by becoming a great drummer. The power of music can make people do extraordinary things, and that is what Jessica has inspired me to investigate within this project and friend Jon Wood, who helped me achieve the beautiful design aesthetics that make Theremin Bollards stand out.”

S] What type of clients do the bollards attract?

S] What are your plans for the project in the future?

D] “We have some potential large events in the pipeline, and experience has shown me not to leak information until completely sewn up, but if they do we will be going much further geographically this year. I am excited to tell you that we have been invited to the Natural History Museum in London this year and are currently organising an installation with the Yorkshire Sculpture Park for later this year, hopefully the summer months.”

S] What have been some of the major challenges in pulling the project together?

D] “Always, cost is an issue. I have had small pockets of funding here and there and I am massively thankful for it, but 90 per cent of it has, and continues to be funded by myself, I know I could go for arts council funding and other funding sources, but I just do not have the time, so I have put my money where my mouth is, and kept it moving forwards. I believe in it, i have seen the reactions from the thousands of people who have interacted with them, that keeps me going.” 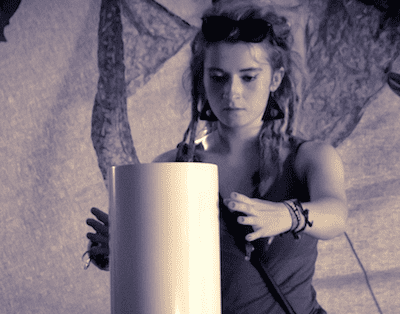 S] What about highlights for you personally, how have you enjoyed watching people interact with the bollards?

D] “This is the the area that never fails to make me smile, and every person who has worked with me over the years, also say this is the most wonderful part of installing them. The theremin still has so much magical mystery to how it works and so many people are still unaware of it, even the people who have played theremins are blown away by these bollards. Highlights have been many, but a few spring to mind.

One gentleman with brain injuries and severe physical disabilities came along to one of our installations and we placed a chair between the bollards for him to sit, he forced himself to move to trigger the sounds and this staggered me, what this simple device, originally planned as a bit of fun, could potentially offer people. Another was the Bhangra pirate orchestrating a full on Bhangra aerobics session with the bollards at Galtres Festival in 2013. I had to lay down, I was laughing so much. To be honest every react is unique to the individual and I never fail to really appreciate and enjoy there reaction and the fun element this work has deeply engrained within.

S] What’s the next phase of the project for you?

D] “I am currently working on V3 Theremin Bollard, this has been inspired by interest shown by organisations all around the world who have contacted us wanting to buy for their museums and art spaces. What I can tell you is that I have a brilliant team working on some ground-breaking tech and when it is unveiled this year it will be a huge step forwards for me and the project. I want to eventually design a specific device for music sensory spaces and for community music therapists to use, also getting invited to install is so many prestigious and famous venues is always very flattering and encourages you and keeps the belief in the project strong.”

S] What about your “big dream” for how the bollards can be used in the future?

D] “I am not pushing things at the moment, I am just going with them, but if i was honest I would love to see them in music therapy in the future, museums, art spaces, in shared public spaces. I do not ever see me making mini bollards to sell commercially (I was never a fan of the singing fish) wonder how many of those things got dumped in landfills? i would hate to be someone who added to that with mini-bollards. The idea was always a social one and I want to hopefully continue to get opportunities to install them in public spaces and encourage people to not only interact with the Theremin Bollards, but also with each other.”