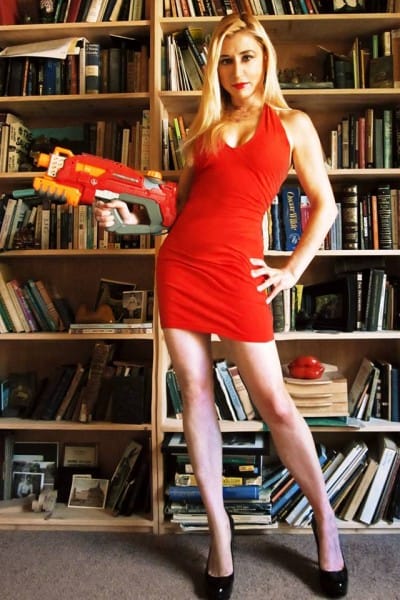 First off, we wanted to know what the charismatic author was up to at present. So, predictable as ever, that’s exactly what we asked.

“I’ve been sick after the tour,” Zarina replies. “I had some nasty complications. I think my body forgot how to handle cold and I’m just recovering now.”

After offering her a much-needed cyber hug and some healing potions, she gave us an insight into the exhausting life of a determined author.

“After performing quite a bit in San Francisco, and taking my novel on a tour to the East Coast, I am going underwater to focus on writing and reading.” She explains with some relief. “I feel like a secret millionaire: I’ve stashed drafts of two novels, two short story collection skeletons, one collaboration novella in a completely new genre, and the Tower of Babel-sized pile of breathtaking books on my bedroom floor, to be devoured.”

It’s a good job we had some spare healing potions on us because it soon became clear that Zarina’s masterplan for “underwater” recuperation would not be an uninterrupted sea of tranquillity.

“Writing and performing are two different animals for me. There will be some interruptions in this marvellous plan, as out-of-town exciting tours are coming, and one super-crazy red-hot SF magazine party is on the way, literary punk style, and I am emceeing. Couldn’t help it!”

Being the super smooth interview machine that we are, we next asked a question we know every author is just dying to be asked:
So, what’s the elevator pitch for the new novel, ‘We, Monsters’?

Luckily for us, despite Zarina’s grace and modesty, plenty of others have had their say on the book, which means we don’t have to make her sing her own praises. Here’s what Guernica Daily had to say on the book:

“In Zabrisky’s hands, the brutal subject matter is leavened with emotion, humor, and an honest exploration of female sexuality. Much like Lolita, it is slyly funny and richly characterized, allowing the reader to develop empathy for anti-heroes. Most importantly, the book is a work of fiction, which upholds the conventions of craft to tell a universal story.”

And, for those still unsure, here is what April Michelle Bratten, editor of Up the Staircase Quarterly thought about the work:

“… a refreshing feeling, to know that such great characters are still being written and handled this expertly by contemporary authors…exciting, fun, tragic, beautiful, and revealing. I learned not only a good deal about my own desires, my own mentality, but a few pieces clicked into place for other people I have known in my life as well. Engrossing and intelligent, Zarina Zabrisky’s We, Monsters is an extraordinary read.”

So, Zarina may be keen not to blow her own monstrous trumpet, but we queried how she felt about garnering such praise from her creativity.

“My first reaction to anyone reading my work is surprise,” she begins, determined to remain as modest as possible. “I was a closet writer until three years ago, and I have major trust issues. It feels unreal. Realising that I am heard, and heard well, and that people, complete strangers, understand me is shocking. Dialogues are possible, after all. It is not a desert, nor is it Antarctica, which makes me infinitely grateful for each and every reader, and each and every review.

For anyone who knows Zabrisky’s work, it is obvious that the one line elevator pitch truly doesn’t do justice to the depth within her writing. Threaded beneath the intricate surface of the narrative, there bubbles a dark and rich gumbo of diverse literary influence. We wondered if Zarina could enlighten us regarding her influences.

“Oh I love this question,” she begins, officially undoing the damage we caused earlier (back in the game, nice). “It might take a while to answer. Depending on the day and mood, different names come to mind! Let’s be eclectic and chaotic: from Sapho to Pushkin to Verlaine to Mandelstam in poetry, fill in the gaps. I mean, Blake is one of my favourite poets. Also Jim Morrisson. Prose, well, where do I start? As a good Russian I grew up on Gogol, Lermontov, Dostoevsky, Tolstoy, Bulgakov. Fitzgerald and Salinger were my first crushes as far as Americans go… But lately, I’ve been reading a lot of Ezra Pound, Anne Sexton, and Chinese and Japanese poets–Basho is great. I probably will stop here and five minutes later will regret it.”

It’s an impressive and beautiful list, and you can certainly imagine Zarina spirit as kindred with many of the names she mentions. A simple web search and you’ll find videos of Zarina Zabrisky up on stage giving lively and spellbinding performances of her work. So we were curious to know how important performance is to the magnetic wordsmith.

“Performing was unexpected. I never dreamed of being an actress or a dancer even as a child. I wanted to be a writer always (with two short breaks, at 6 when I wanted to train bunnies in a circus, and at 14 when I wanted to be a Leonardo da Vinci). Three years ago when I broke out of my writer closet, my friend and an outstanding poet William Taylor Jr invited me to read at his book opening. I never read a poem aloud, even to myself, but I did get there and read. Next day I learned that I am a natural born performer. It felt like someone telling you, oh and of course you have two heads. I still feel like only have one, my writing head, but the second head has been seen screaming verses in some remote corners of America, mostly in dark bars and independent book stores, with an occasional outburst in Hollywood or respectable museums in San Francisco, and, I hear some people like her.”

Obviously, we at Soundsphere are mostly-obsessed with music so it was interesting to hear about Zarina’s use of music during her spoken word shows.

“Seriously, performing can be fun especially to great music or with other artists. We staged pieces from ‘We, Monsters’ as a pop-jazz-rock ballet thriller musical with all-writer staff. But the only thing in this world I take seriously happens to be writing.”

After we’d finished laughing at possibly the single finest response ever, we skipped back to the issue of music (stuck records that we are – yeah you heard me, I said it), and asked about the significance of music in Zarina’s life.

“Music?” she exclaims. “Huge! I’ve just finished listening to YouTube video of 90s Russian underground rock nostalgically. I grew up hanging out at the underground concerts in St. Petersburg, then Leningrad. Now that the country is brainwashed and sad, it is good to see how rebellious it was at least then. I listen to some indecently eclectic stuff: I can start writing to Schnittke, my favorite modern composer. He wrote in polyphonic style, and I am exploring this style in literature. I might switch to Tchaikovsky or Bach to end up with The Doors and some nameless pop. I like listening to pop-music when it’s raining, the cheesier the better, in the car. Is that sad? I love opera and ballet. I wrote all kinds of music into my novel; my characters listen to it while driving and play it to talk to each other. I perform to music, too, alone and with others. I like mixing and clashing pieces. Here is my favorite music tune that I used for my story Heroin Wings, I go from Russian rock to Bach and to soundtrack of cult movie.”

Sadly our time with Zarina Zabrisky, an artist of boundless energy, and natural warmth and charisma, was drawing to a close, and this made us a sad bunch of pickles. Luckily, it was at this point a feral gnarwolf came bounding into our room and attacked us. Realising that we’d given away our last healing potion to Zarina, we faded away into the ether, leaving Zarina to carry on her noble quest across the literary dreamscapes alone.

You can find more about Zarina and her work over at her website here:
http://www.zarinazabrisky.com/ 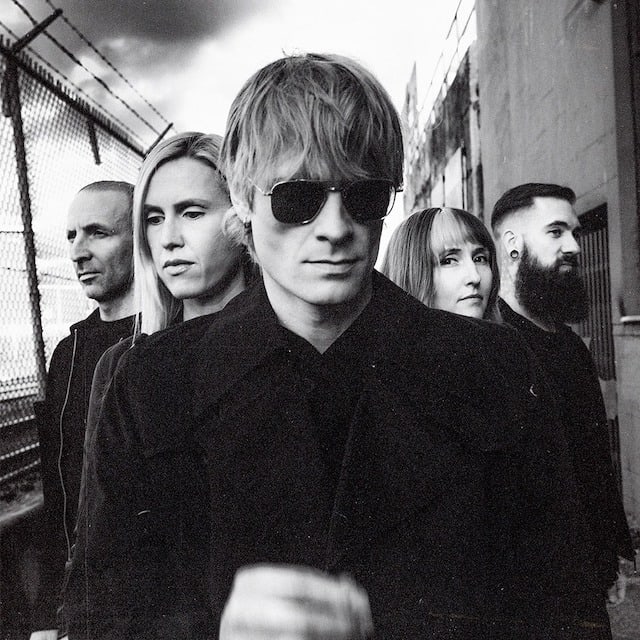