Local York singer-songwriter, Katie-Lou McCabe, took the time to talk to us about her art installations, what inspires her and her unique outlook on life. 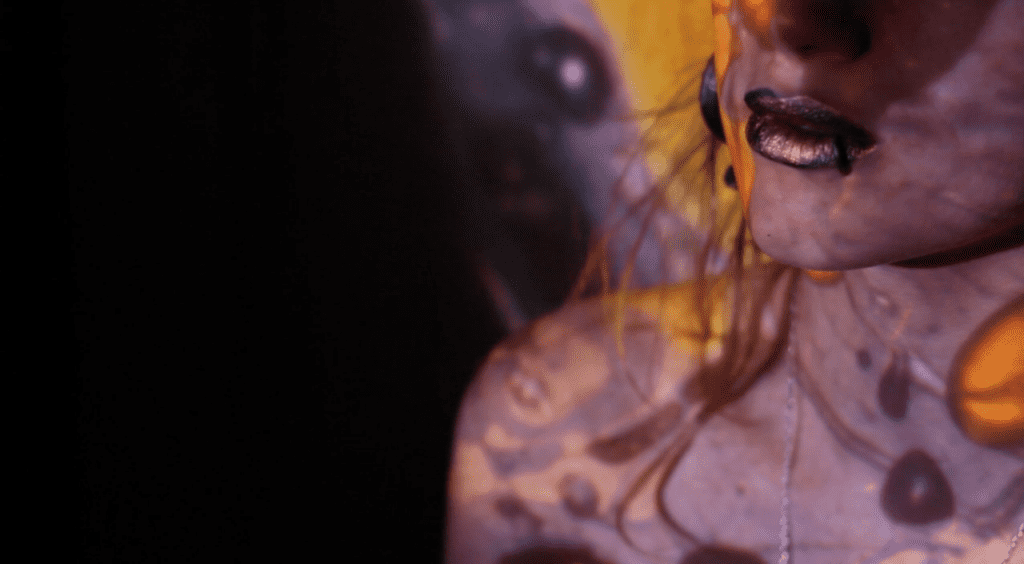 S] What have you been up to? Tell me about your current installations.

K] “I’ve been busy doing lots of colourful stuff. I’ve been writing some colourful sounding songs. My installation is called ‘Landscapes of Light’ and it’s on the 12 and 13 of June at the Fleeting Arms. I’m taking over a whole building and each room is going to be a different world. I’m inviting everyone to come explore these worlds that have come out of my imagination.”

S] How do your installations combine with your musical output?

K] “My first installation was ‘Starfishing’ and that all came out of music. I wanted to find a way of expressing what I am as an artist. I identified as a sort of storyteller, as someone who could bring magic into people’s lives. I like the idea of making a little magical moment for someone. I wanted to take my audience completely into the present and I thought the best way to do that was to have these tunnels to walk through. It’s a bit like being born in a way and then you come out into this safe space where I would play my songs and there would be shadow puppets telling stories of my songs in one world. Then I’d have another projector projecting liquid light onto my silhouette so it was like a show, but it was sort of a complete expression of everything I am as an artist that came from these musical roots.”

S] What can people expect when they come along to your installations?

K] “I think I shouldn’t tell anyone anything of what to expect because then they’ll be expecting something and then they won’t be able to be completely in the present because they’ll be thinking about the next thing. Definitely come, because you won’t have been to these places before. They’re completely out of my mind and you’ll never be able to go to them again. It’ll be magic. I don’t think I’ll do this installation again so come now while it’s around.”

S] Your music is sometimes referred to as ‘fairy folk’ because of its calming and therapeutic nature. How would you describe your music?

K] “I was happy when someone described it as fairy folk because I always think of myself as a bit of a swamp fairy and I like that idea. I find it really hard to describe my music. I can tell you what colours different songs are. ‘Sakura’ is definitely pink when I play it alone on my acoustic guitar, but with the band, you get all these swirling grainy purples and turquoises where you can still see the pink through, but it’s a darker shade.”

S] How did you first find your voice and what advice would you give someone trying to find their own?

K] “I was singing in kindergarten because at Steiner schools it’s all about singing. When I started secondary school and started writing my own songs for the first time I realised I wanted to be able to sing well. I was so bad. I would sit in my room and play my guitar and I could hear my mum and sister laughing at me, but I just wouldn’t stop. I would constantly sing and wouldn’t stop and then eventually I could do it and then it was alright and now people say lovely things about it. Just don’t stop singing. If you want to be able to sing, the worst thing you could possibly do is stop singing when someone tells you you’re not very good. Just keep going.”

K] “I feel so happy to be part of York’s music scene. I think it’s a really beautiful community of people all bouncing off each other and being inspired by each other. It’s so supportive and there are no two bands in York that are the same. In other places, there are so many bands within one city that sound like each other, but in York everyone is so different.”

S] You’ve done work to help raise money for Steiner schools. How did your experience of going to a Steiner school influence your artistic nature?

K] “All the magic that I ever experienced in my childhood was in school. They have these gnomes that are these magical creatures that live in rocks and they all have gnome gardens at Christmas time. Instead of Santa, it’s these beautiful little things that just make you appreciate nature. There’s such a focus on nature and magic and you can tell when you go to my installations, it’s like you’re in a big gnomey garden, but weirder.”

S] You have unique way to look at things and celebrate life. How would you advise someone to best embrace their own life and own colours?

K] “Do you ever get that moment where you’re listening to one thing and suddenly you open your ears to everything around you and the world is huge and full? You can do that with vision as well, just look at the table in front of you and see the grains in the wood and the universes within them. Actually stop and see the bricks, look at how many colours are in one brick. There are paintings surrounding us that time has painted and they’re not going to be here forever. Be in your now and everything will be fine.”

S] What has been the defining moment of your career so far?

K] “The first time that me and Amy [Ellis] and Abi [Porter] got together and did ‘Starfishing’, we didn’t understand what it was we were trying to create. We knew things that were going to exist within it and we didn’t tell anyone what it was. We had six hours to set up an entire world, but when the first people came in we didn’t know if the tunnels were going to stand up and what was going to happen. I remember Abi and Amy looking up at me and smiling as Amy was playing the ukulele and I was making water ripples on the sides of the tunnels and we were looking at each other like ‘it’s actually about to start and we’re actually doing this’. There was so much excitement, awe, and happiness and that’s been a moment I will always remember forever.”

S] What are your plans for the future? Will you be doing more music or installations in 2015?

K] “I don’t know, I think it’s more like waves. I’ll have a wave where I’ll write loads of songs and I just am my music. I wish I could sit in a room, play guitar, make light to me playing guitar, and then make guitar to me making light. Music and colours to me are one thing. I’m only sad because I can’t do both at the same time, but I will always do both. Just in waves. I will never give up. This summer I’m actually going to live in the woods in Norway for a month. I took a survival course so I’m going to test out my survival skills. I am also going to release a track with a proper music video.”