Exclusive: Jensen – ‘Addicted To You’

Home » Exclusive: Jensen – ‘Addicted To You’

We’re really excited to give you the brand new Jensen track. This band is the future of UK electro-rock, for sure. 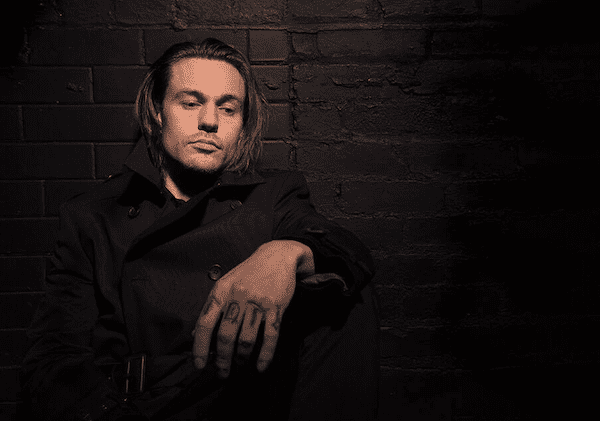 Calling time on rising screamo-core outfit Ourfamousdead was no an easy decision for frontman AJ Reeves. With the band being celebrated by national press, and massive shows with Gallows and Funeral For A Friend under their belts, it appeared the band had the world at their feet. Except that this wasn’t to be the case; following the release of the ‘Claws At The Door’ single, the band imploded, and Reeves retreated to his home studio, working on a number of tracks that would go on to become the ‘Zero One’ EP, released under the newly-minted moniker Jensen.

Showcasing a more electronic sound than what had come before, the tracks showcasing an insular, claustrophobic sound that married arena-sized choruses to these songs of hate and devotion.
Signed to Armalyte in 2014, the band’s debut EP was remastered re-released as ‘Zero One [Redux]’, expanded with extra tracks and remixes, including a stunning cover of Duran Duran’s ‘Wild Boys’ with Jensen performing a single live show, at the prestigious Dark-Cide festival, to celebrate.

Reeves appeared as the lead in acclaimed Sci-Fi short ‘Exit Plan’, directed by Richard Oakes of Dark Fable Media, who has previously worked with Airbourne, Serj Tankian and Tom Morello, before returning to the studio in early 2016 to work on new Jensen material.

And while the wait for this second release has been momentous, it’s surely been worth it. ‘II’ celebrates and re-focuses the Jensen sound, with it’s personal, angst-driven hymns of doom, where the soul is laid bare before being torn apart. From the sly, funk-driven edge of ‘Addicted To You’ to the serial killer thriller of ‘Infector’ and the downbeat nihilism of ‘Pale Horse’… this is Jensen. This is ‘II’.