Against Me!, and Xtra Mile Recordings are pleased to present the brand new Steak Mtn.-directed music video for ‘True Trans Soul Rebel’. 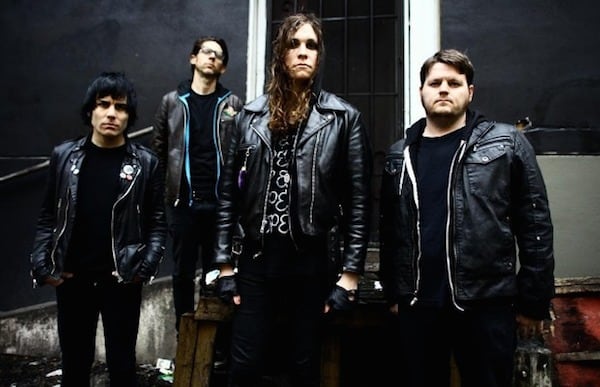 The video for ‘True Trans Soul Rebel’ is the first visual to be released from the band’s upcoming live collection titled 23 Live Sex Acts. Recorded over Against Me!’s year-long, 2014 world tour and helmed by Marc Jacob Hudson (Taking Back Sunday, Saves The Day, Worriers), the album is an immersive compilation of songs that span the band’s entire catalog and provides the most comprehensive look into the powerful Against Me! live experience.

The album will be available in stores and online on Friday, September 4. The album will also be released on triple coloured vinyl (blue, white, yellow) as well as digital and double cd via the Xtra Mile Recordings store:HERE.

True Trans With Laura Jane Grace, the 10-episode docu-series produced by AOL Studios in association with Reza & Company Productions, was also recently nominated for a News & Documentary Emmy® Award in the New Approaches: Arts, Lifestyle, Culture category. The groundbreaking series tells the story of Grace, the cultural icon and frontwoman of Against Me! who came out as transgender in 2012, and also provides an up-close-and-personal look into her remarkable journey as well as other transgender individuals across the country. True Trans With Laura Jane Grace, which first debuted on AOL in October 2014, was Directed by Austin Reza and Executive Produced by Nate Hayden. View the entire series via The AOL On Network HERE.