Video: The Menzingers – ‘Where Your Heartache Exists’

By Danielle Barge February 12, 2015 Videos, Videos Of The Week
No Comments

When you watch the new video for ‘Where Your Heartache Exists’ from The Menzingers you might fall a little bit in love. 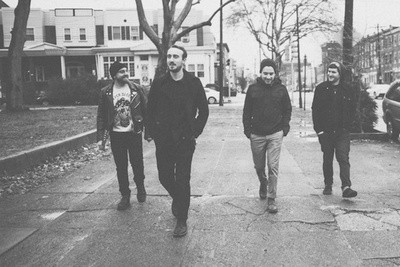 With that guitar riff and that driving bass, it’s such a nice little track to listen to. They’ve got a fitting vibe going on in the video too, with the band scene lit by standard household lightbulbs and shots of the dudes running around outside with fireworks. But when you think about it, the latter would be a bit unnerving if spotted in real life.

Oh, and the whole thing is in black and white for good measure. Yeah, it all fits in pretty nicely with the indie punk thing.

‘Where Your Heartache Exists’ is about a troubled relationship, one where the couple seem to be falling in and out of love. The guy feels that although his girl is “a good one” he can’t make her happy.

The track is taken from The Menzingers’ most recent album, ‘Rented World’, which was released last year. It’s the fourth album from the band from Scranton, Pennsylvania, following on from 2012’s ‘On the Impossible Past’, 2010’s ‘Chamberlain Waits’ and their 2007 debut ‘A Lesson In The Abuse of Information Technology’.

They came together as a band as teenagers, having playing in a bunch of bands in the area. The Menzingers released a demo tape together in 2006.

It’s safe to say they’ve come a long way since then. As well as their studio albums, they’ve also done some EPs including a split with The Bouncing Souls.