It’s not often The Who release new videos for their most famous hits but today, the band have posted a brand new, video for the classic ‘Quadrophenia’ single ‘5.15′ online for fans worldwide. The new video, made in collaboration with Talenthouse, is the product of an open invitation that was launched last November to animators, filmmakers and The Who’s fans to submit their own video for one of bands most famous songs. 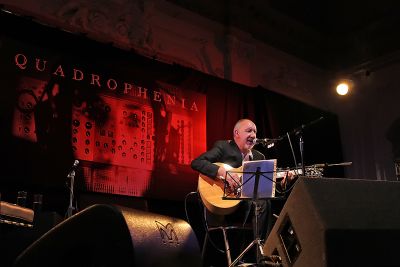 The winning video, picked from many strong submissions was directed by Jeff Rodenberg from Minnesota whose video reflected early 1960’s Mod Culture and showed inspiration from the musical and visionary journey portrayed in that era. Mr Rodenberg was awarded $2000 in prize money, a Fender guitar signed by Pete Townshend and ‘Quadrophenia: The Director’s Cut’ box-set, while four runners-up were all awarded $250 each.