Modestep are the next big thing in UK dance and quite probably in rock too. Bold statement? Sure. But we think they can back it up. On the final day of Leeds Festival in 2012 and following a massive set, we chat to three members of the band: Josh Modestep [production, vocals], Matt Modestep [drums] and Nick Modestep [guitar] (we’re missing DJ Tony Modestep) about playing the festival, their new record and plans for the future. 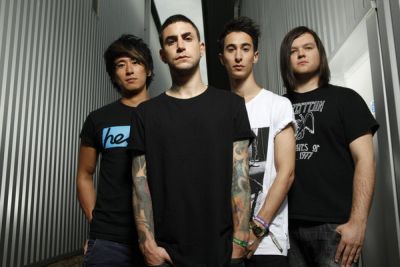 “There’s no ‘filler’ on our new album” – Josh Modestep

J] “Madness! Everything went perfectly. And to plan. We bought in loads of new lighting and production for this one that we’ve never done before…”

J] “Yeah. Everything worked this time. Leeds got all the lighting that we were meant to have and Reading didn’t!”

S] How do you enjoy these shows in Yorkshire?

J] “Yeah. They’re amazing. I don’t think we could ask for anything more.”

M] “Enter Shikari played at the same time as us today, and I was really worried [because they share a lot of the same fans] that people wouldn’t come to watch us, but we packed out the tent!”

N] “I was also quite nervous, because let’s face it, It’s a Sunday afternoon and everyone is completely battered! Two minutes before we went on-stage it just looked like everyone along the front row was falling asleep, and so we had to wake them up. I think we did that well!”

S] What fuelled that passion for blending rock and dubstep originally?

J] “I guess it’s just all of our influences; they range from garage to drum ‘n’ bass and dubstep all the way through to metal, rock and soul. We’re all massive ‘tech-head’ musicians. Matt comes from a much heavier metal end of things and is a fan of Pantera, while Nick is into blues and…”

J] “Yeah! Tony was bought up on UK garage music with people like Todd Edwards and then motown and soul stuff like Michael Jackson and stuff. Myself, I like everything from Jeff Buckley to Noisia via Beethoven. We love everything. It wasn’t a natural decision to make electronic music rockier or anything like that, it just happened. That’s just what we’re about.”

S] You guys have some pretty cool video tour diaries that are used to keep fans up-to-date with what you’re up to both on and off stage – how important is it for you to have that medium of expression?

J] “I think the internet has been one of the major tools for people to find out about us. For us, filming what our live shows are like and what we are like, brings people in. So, instead of just saying, ‘Oh, I’ll just download the next album’, that person really wants to see us play live. That’s what’s most important to us; for people to see us perform and really feel it. And also, they get to meet our characters as well.”

S] Are you different people on stage?

J] “I think so, yeah. Everyone has a persona on stage. We’re really chilled out backstage, but when we are out there, it’s important to step it up. It’s like going into battle!”

S] Are there any bands outside of yourselves that you think are doing the crossover music thing really well?

J] “Definitely. There are acts like KOAN Sound who are mixing hip-hop and electronic sounds. You’ve also got people like Culprit who’s always smashing it, and Koven. They’re all bring this quite contemporary feel and aggressive style. The crossovers that are happening at the moment in music with acts including rock influences in all of this dubstep stuff, I just think there’s a real movement at the minute and it’s very exciting for us.”

M] “Enter Shikari are doing it very well, and now Pendulum have ducked out we can sneak in there! There’s not that many up-and-coming bands doing it though, which is good for us!”

S] The Modestep Radio thing that you guys do is pretty cool – how did that get set up?

J] “That actually started before we even began making music! That was myself and my brother [Tony Modestep] when we first got into the [dubstep] genre and we just wanted to DJ and play music to people and find out what their favourite tunes were. It started off in my bedroom and in a wardrobe with a little computer. I built a server for it that could only hold 50 people at a time listening in, and then we ended up upgrading [because it kept breaking] and upgrading until by the end of it we had a bout 1,250,000 people listening in.”

S] What kind of ideas are present on the debut full-length album you’re releasing?

J] “Well, it’s called ‘Evolution Theory’ and so the whole point of it is the evolution of all of us as musicians. We’ve tried to put everything we are influenced in into one record; Pink Floyd, Rage Against The Machine – just everything, man!”

N] “We didn’t really set out to write a record that was a dubstep one, or a rock one. We just sat in the studio and came up with ideas in order to build on them. We wanted it to be natural. We’re all musicians and we just wanted to have a big ‘mash-up’ of all of our ideas.”

S] Is there a song outside of the singles like ‘Sunlight’ and ‘Show Me A Sign’ that you feel like perfectly defines where Modestep is as a band right now?

J] “Absolutely! I think that the title track ‘Evolution Theory’ is a great example; it has about five genres in one tune and we’ve got four of the best grime artists in the UK to talk about how they’ve evolved as people on it. There’s no ‘filler’ on there.”

S] Are there any movies and films that inspire the music of Modestep?

J] “For me, anything by [Quentin] Tarantino is pretty inspiring. We all love film.”

N] “Yeah. I don’t really watch much of that kind of stuff anymore, but I grew up on a lot of Asian manga, so I guess that’s an influence.”

S] What about plans for the rest of this year?

S] What are the key ingredients to Modestep’s success in recipe format, if you please?

J] “Of course. A little pinch of internet, with a slice of charisma. Burn that at 30 degrees in an oven doused with melody and then eat it to a bit of Pantera!”

S] If you could rip out the soundtrack of a current film that’s out there and replace it with the sound of Modestep, what film would you choose?

J] “The new Batman would be great or ‘The Matrix’…let’s go with Batman.”

S] Do you have a message for the fans that came out to see you in Leeds today?

J] “We do it for you. Keep supporting us. Make sure we can entertain you forever. Thank you.” 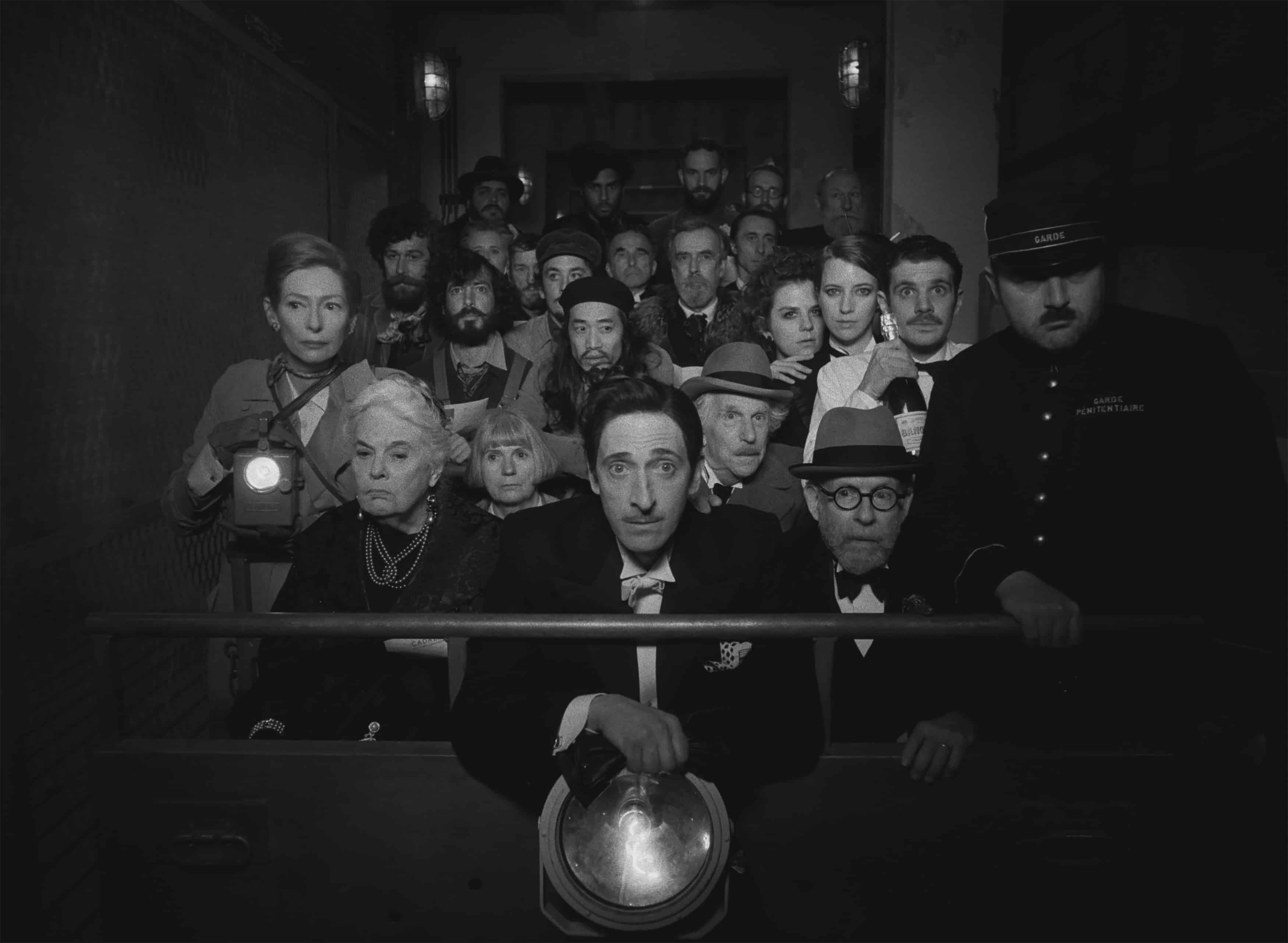 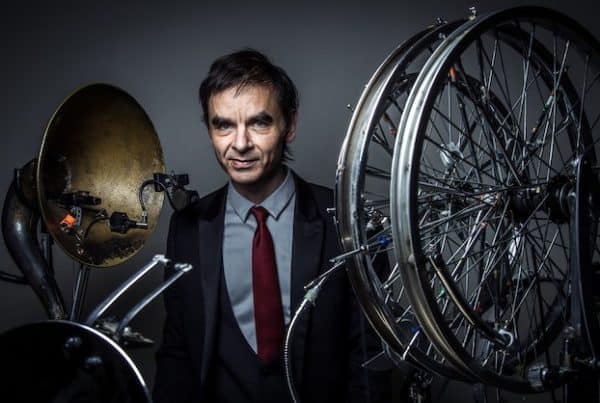 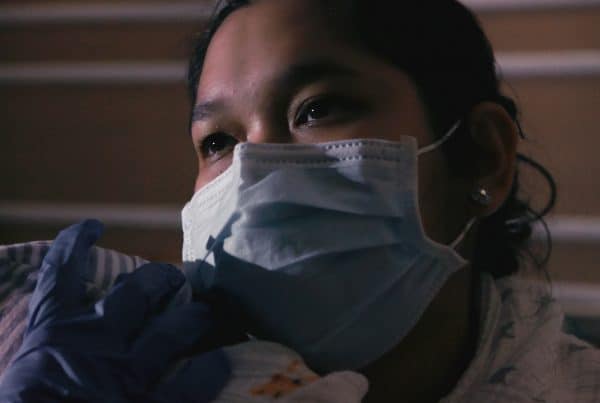 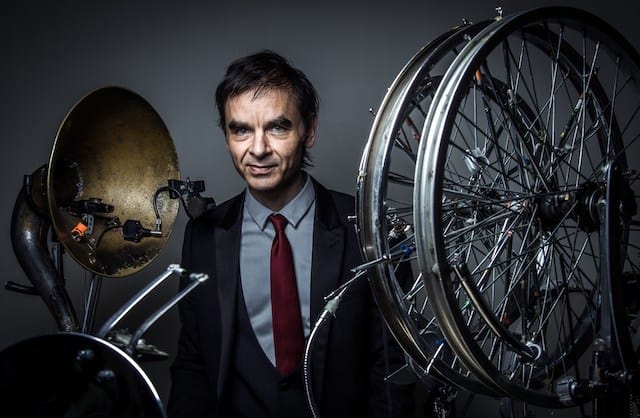 Great interview, please do check out mine! - http://lozzamusic.com/2012/modestep-interview