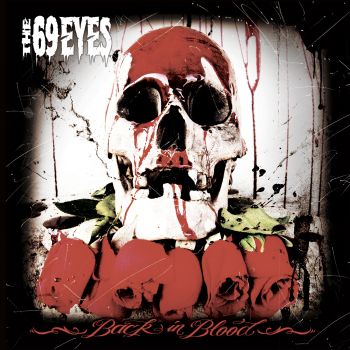 The band are back with their ninth studio album, which has been hailed a latter-day ‘Appetite For Destruction‘. With blood on their hands and AC/DC on their stereo, the bloodsuckers have combined their past to focus on the future.
“Unsurprisingly, the main inspiration for the album came from the vampire realm,” Jyrki explains. “We haven’t made a concept album but nearly all the songs have something to do with the undead or at least horror as a genre.” Delving into his movie collection, the singer focused on Jean Rollin’s erotic French flick ‘Lips of Blood‘, ‘The Hunger‘ and the modern-day opus ‘Night Watch‘. “It’s almost like vampires are taking over the world!”
For more information visit the band’s Website.
The tracklist is below:
1. Back In Blood
2. We Own The Night
3. Dead N’ Gone
4. The Good, The Bad & The Undead
5. Kiss Me Undead
6. Lips Of Blood
7. Dead Girls Are Easy
8. Night Watch
9. Some Kind Of Magick
10. Hunger
11. Suspiria Snow White
12. Eternal