One Minute Silence are recording and filming a series of classic OMS tracks live in the studio for their first release in over seven years and are teaming up with Pledge Music to invite their fans to the recording. 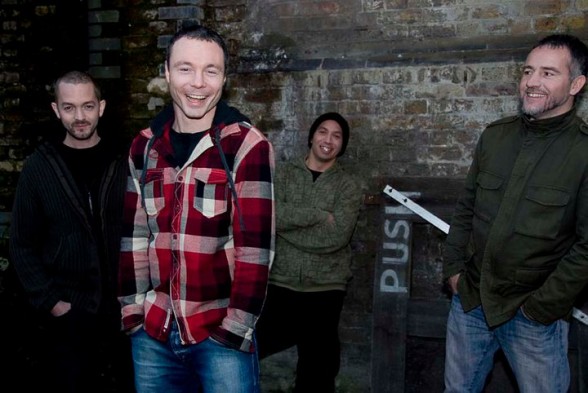 Returning to the ring after a hiatus that included two Pink Punk albums, legendary British rap-metal band One Minute Silence have reformed with new drummer Martin Davies and Drum n Bass producer / DJ Technical Itch. Earlier this year the band had to pull out from a comeback performance at Sonisphere Festival due to family circumstances, but this set back only further motivated the band to get back out on the scene.

As well as writing new material, the band have been returning to classic OMS tracks and B-Sides they never got round to playing live. The new live album, and DVD documentary filmed by Pink Punk visual collaborator David Betteridge, will be released November 18 and all fans who pre-order with Pledge Music will be entered into a draw for invitations to the recording.

Guitarist Massy explains all in the video interview below.

Pre-orders can be made here: http://www.pledgemusic.com/projects/oneminutesilence.

Vocalist Yap says: “Initially I wasn’t sure if the energy and punch that we had would still be there but when we got in the rehearsal room together there was no denying it – in fact it’s stronger than it ever was.”

Massy: “Pledge Music has allowed our fans to put us back in the studio to make a live recording and it feels so right that it!s the fans that are making this happen – then if this works for us we!ll be ready to do smash some live shows in 2012”.

Glen: “We wanted to make these recordings on our own terms, for us and for the fans with no other labels involved and we also wanted to invite some of the fans to the recording – so every purchase made on Pledge Music enters your e-mail into a lottery and we!ll pick 50 people randomly and ask them to join us in the studio for the recording.”