So, this really is a very weird gig, you’ve got loads of punks, some middle-aged transvestites and a whole bunch of er, pretty average (but perfectly nice) looking people… 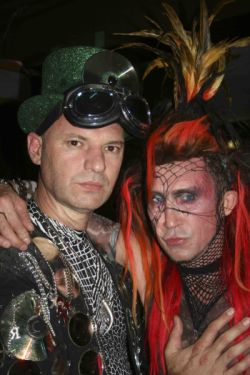 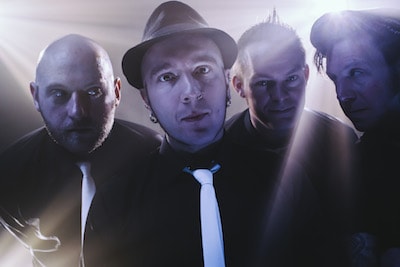 Everything starts off with the frankly fabulous Eureka Machines who are based in Leeds. The energetic pick-throwing foursome bring an abundance of wit and a bucketload of balls-out catchy pop-fuelled punk rock to York this evening and as a result they pull-off the standout performance of our evening. Tracks like ‘Scream Eureka’ and ‘Everyone Loves You’ standout as the gems of a quality set, and despite the lack of crowd participation the group really pull everything from out of their sharp suits to entertain those eager enough to nod their heads to the bouncy mosheable choruses made-up of skyscraping riffage, crazy beats and straight to the point vocal strength. Chris Catalyst and co. are on very fine form this evening…scream baby, scream!

Up next we’ve got some wholesome Manics-influenced alt-rock from York natives Modern Day Chicane who go over well with the majority, but not so well with us dark folk. For what it is, it’s pretty good. To us though, this is cool pub rock with no frills and it seems that the four-piece have found themselves on the wrong bill with very little to say for themselves. It’s got to be said at this point though that these lads (including ex-Colour Of Fire bassist Thom Craigen) put a lot of effort into their music. Indeed, while ‘Scattergun’ features some fun, and slightly uplifting elements and ‘The Tracks Of My Enemy’ incorporates some nifty guitar work there’s very little to separate this group from the current crop of generic rock troupes without a great sense of direction. 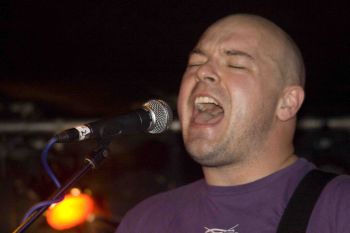 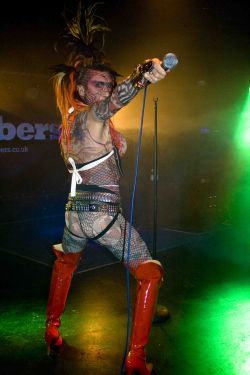 Now, as you know, usually we have a great tolerance for all things disturbing and twisted, however Sigue Sigue Sputnik put somewhat of a stretch on our requirements tonight…which may or may not, be a positive thing? It’s an outspoken bloke in women’s gear and a keyboardist – again something we are fairly used to being massive Industrial and Goth fans but the electro-cheese-poppers should really have come armed with more than just a selection of favourites, fishnets, a mirror jacket and some seriously frickin’ massive…red high-heeled shoes. The set consists of all the popular 80s hits including ‘21st Century Boy’, which of course goes down as a standout with the excited crowd but, in all of our years we have never seen an act happily repeat songs because of electronic limitations. It’s true that SSS have always been about glitz, glamour and good times, and the unit certainly bring that to the circus this evening. Indeed, a highlight sees the vocalist Martin Degville bring an old friend (who’s very drunk and over the top) on stage with him for a second helping of ‘Sex Bomb Boogie’. Beforehand though, the rave-inciting ‘Bye Bye USA’ opens things up a treat. If we could see the full live act (even without all of the original members) it might just be the coolest thing since multicoloured glowsticks, but it’s not. If you are a fan, then you should definitely make time for Degville‘s Sigue Sigue, likewise if you are a particularly tolerant beer-guzzling dude looking for a good dance with his mates, Sputnik are for you. However, if you are looking for anything more than nostalgia and mad-as-all-hell techno beats then you are probably better suited to a Prodigy gig.