Following the release of their second studio album ‘Reiði’, we spoke to Ant Thornton, the drummer for Black Foxxes: one of the most fiercely burning stars in the UK’s alt-rock firmament. Defined by their tumultuous instrumentals, infectious choruses and the prismatic vocals that encompass the extremes of harmony and despair, ‘Reiði’ was the greatest exhibition of their flavour so far.

Black Foxxes had only the day before finished their set at Reading Festival which was filled to the rafters with disciples of their music, with a few moments to spare at Leeds before their set later that afternoon. What had been the highlight of their summer so far? “The festival season is one of our favourites, and we won’t be the first to say it. We get to do what we love every day, playing live to our fans at these massive festivals. A stand out for us though has to be playing Download Festival and of course, 2000 Trees, both of which we’ve played for a few years now – it keeps getting better and better.”

The festival season spreads new music like wildfire across the masses. ‘‘Reiði’ is the Icelandic derivative for ‘anger’, but sonically, it is “lighter than our previous album. The idea of rage is part of our identity, and it comes through in the lyrics”. Mental health is a theme that is interwoven in frontman Mark Holley’s lyrics; being a band of their prestige comes with a torrent of demands that we, as fans, can often forget. “It can be hard. When there’s the constant pressure to meet the expectations of your management and deliver to your fans; when you have to be here one minute, another place the next. It can get really testing when you’re always on the road. It’s important to take some time for yourself, to just disconnect from everything. To stay on top of things you need some escapism.”

For festival first timers, what is Ant Thornton’s advice for having the best festival experience? “Stay hydrated, pack plenty of socks – and don’t forget toilet roll. Also, one of the best things about festivals is something I did myself a few years ago when I went to Reading Festival as a fan: if you’re camping, don’t forget to leave your tent behind because they get sent to Africa afterwards.”

What’s on the horizon for Black Foxxes? “We’re getting ready to start writing album three after festival season, we’ve already got a lot of tracks down but nothing’s set in stone yet. We’re getting as much done as we can, we don’t want to slow down.” 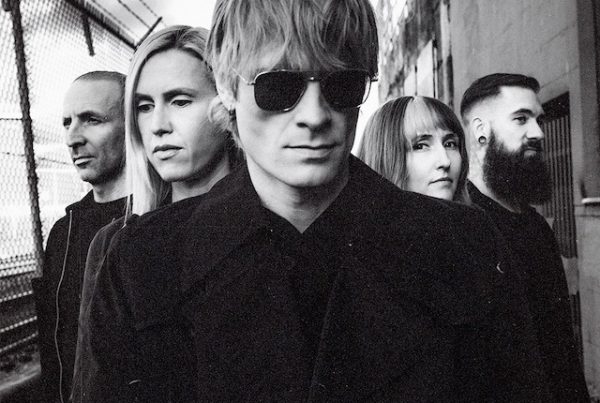