By Editor June 30, 2009 May 11th, 2013 Band, Spotlight
No Comments
Ourfamous Dead are different. That means that they certainly won’t appeal to everyone, but their blend of emotive rock and Industrial is catching the attention of audiences across the country and as such, they have snared us too. We chat with the band’s vocalist Andrew Reeves about the group’s start in Cumbria and the future. 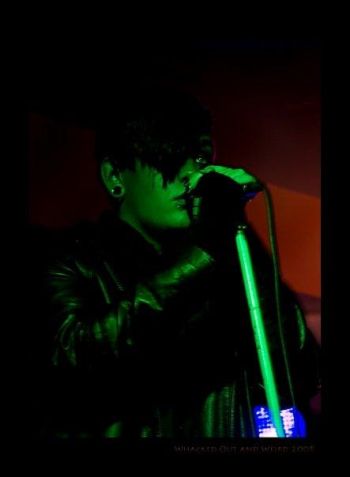 S] Can you tell us why you decided to form an Industrial band?

A] I used to listen to a lot of guitar-based music and after a while I thought that individual songs lacked identity. So I decided to work with synths and drum machines in order to give each one of my songs a unique and distinctive signature.

S] Do you draw inspiration from Cumbria at all for your music and lyrics?

A] Yes I do, but in more of a negative way. This is because mostly where we live it is quite a restricting area. There isn’t an Alternative or music scene at all. To be honest, there’s not a lot of anything. There is nothing for people to really aspire to. So because of the effect this has on me, I suppose it does have an influence over my sounds, music and lyrics. 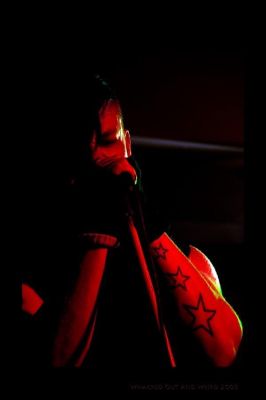 S] If you could share the sound of Ourfamousdead with anyone dead or alive over a dinner who would it be and why?

A] Trent Reznor. This is because I work in a similar way to how he does; I do everything by myself – music, lyrics and the recording. Back in the day when I didn’t have anyone to play instruments I didn’t believe that I would be able to make it. But then I read that when Trent Reznor was starting out, he was in exactly the same position; just one man by himself. And then I figured that if he could do it then there’s no reason why I couldn’t either. It made me realise that this is possible. And we all know that Trent Reznor is brutally honest when it comes to music, and I know he wouldn’t hold back when giving opinions of my work.

A] To get our name out there. We have only been a live act for seven months and we have already had quite a lot of gigs in that short amount of time, with a few more to come. For the remainder of this year I just want to get as many gigs, feedback and or press as we possibly can. And of course to get the Ourfamous Dead message out there.

A] We try to make each one of our live shows as explosive and energetic as possible. I really try to get the feeling and the meaning behind the songs across to the audience. This is because music is not just about sounds and lyrics, it is about feelings and emotions too.

S] What influences your lyrics – where do you get the inspiration for tracks like ‘Flametongue’?

A] I feel there is a lot of issues with the way things are happening in the world and I suppose with myself too. I guess this affects everyone and everyone will have their own issues. I think that it is easier for people to criticise the way things are but too many of these people aren’t prepared to do anything about it. So this is my way of doing something about it; getting my message across to people and letting them know that changes can be made. It also my way of letting other people like me know that they are not alone.

For more information visit the band’s Myspace.
*Images copyright whacked out and weird.