Alpha Signal on success, life in lockdown and more

Home » Alpha Signal on success, life in lockdown and more

In our next Band Interview, we chat to Alpha Signal about music, and inspirations. 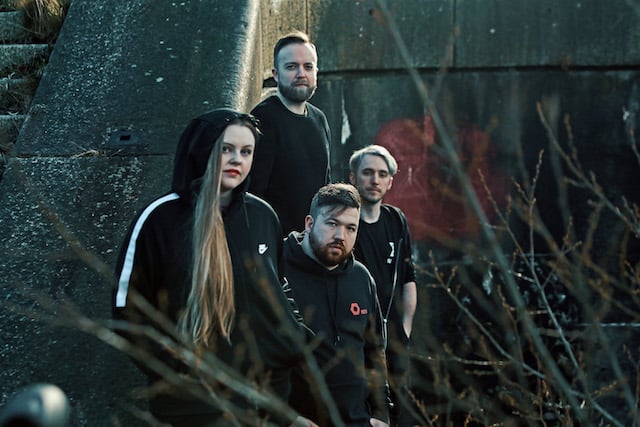 Allan: Great, thanks! Despite the lockdown situation, we’ve all been pretty fortunate to stay healthy and be in a position to continue on with work in some form. We are counting down the days until we can get back into the rehearsal studio and start working on all the ideas that have been thrown about the bands’ WhatsApp chat for the last 5 months!

What motivates you guys outside of music now – think movies, people and places?

Rachel: My mum and dad, knowing what they had when I was little, and seeing what they have built up through hard work and determination is amazing! Makes me want to keep fighting because I have seen what that kind of attitude has done for them.

Liam: I guess it’s a lot of watching people I know who have built something from scratch, and trying to emulate that. I take a lot of inspiration from visual art and storytelling too – I’m a big fan of the manga artists Tite Kubo and Sui Ishida, I’m a big fan of how they create a sense of motion on a still image, as well as a very punk sensibility in their art style.

What challenges, aside from lockdown are your biggest as artists now?

Kev: Being an adult. Work life balance is hard enough and then you through a music career in there too!

Allan: ‘Pay to Play’ gigs for bands and artists just starting out are certainly tough, and something we are pretty adamant we want no part of.  While there are certainly a number of more ethical promoters and venues, unfortunately pay to play type deals are still pretty widespread.  This has certainly led to us missing out on some opportunities, and meant potentially playing fewer shows than we’d like, but they are not the kind of folks we are interested in working with.

Rachel:  Keeping the flow going, now we have a single out there we have to figure how we keep the hype so people follow you through this journey onto the next project. As we get into normality again how are we going to sound? I wonder if the sound of Alpha Signal will be different as a result of all we have been through.

How do you define success?

Allan: Anyone showing up to our shows! In all honesty, we were thrilled to hit 1k streams of our debut single ‘Milking a Deadman’ within two weeks of release, with a relatively modest following at the moment.  Obviously, we would love to get to the stage of playing some bigger shows down the line, but while we are writing songs that we love, and are given the opportunity to play these live, what more could we ask for!

Rachel: Some people view success as reaching that ultimate goal and in music that can be being able to live off your music full time and with big sell out gigs but success is found in the little things too – finally finding that sick chorus for that one song. I feel so many people focus on success they forget to enjoy what they are doing; people need to get lost more in the passion.

Liam: Defining success this is an odd one, because it’s kind of depends on circumstance. The traction and success of this single has had is pretty wild considering we couldn’t do the big release night we had initially planned to have. So that in itself is a success to me.

What are your goals post-lockdown?

Kev: Post Lockdown is trying to get back into the groove, get back on our game and getting gigging.

Allan: We have another single due out in September, so promoting that is high on our list.  Given that live shows are probably unlikely to come back in any meaningful form until next year, we will be looking to do quite a bit of writing as soon as we can get back into the rehearsal room.  Hopefully we can back in the studio to record and line up another release of new material in early 2021.  Next year, we are excited to get back gigging, and looking forward to lining up some shows around Scotland, and hopefully a little further afield too

Liam: Start writing as a collective unit again for sure, writing solo just isn’t as fun. And I’ve personally got a lot of ideas and potential material for post lockdown. Playing shows will be great as well, nothing compares to the visceral feeling of being in the zone while playing live.

What ideas inspired ‘Milking A Deadman’?

Liam: Kev brought the beginnings of the song to the table thematically the song is very much about our perceptions of people versus the reality of how they act when they’re put in a certain situation. I think this really shows through in the interplay between the two styles of vocal delivery in the song, where it just gets more and more frantic as the song goes on. Musically I feel we were pulling a lot from Biffy Clyro and Marmozets.