In our latest band interview, we chat to the lads in Silverkord about their sound, and inspirations! 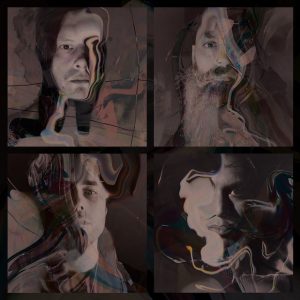 PHIL]  Warm. Hottest day of the year I think today, and I should be poolside, dancing to Mariachi el Bronx with a jug of margarita and my girlfriend, waiting for the limo to take me and the boys to soundcheck… mind you I say that every day….actually change that to being in a pool full of margaritas..

RAVI] Would certainly be better after one of Will Miles’s massages though!! (bit of an inside joke…)

WILL] Yeah, could be monumentally better considering the current state of affairs, my back is also killing me…

MIT] Immensely sweaty on a hot summer’s day, stuck at a desk doing my day job, and counting down the time till the weekend… so overall, average thanks.

What inspires the band outside of music – think movies, people and places?

P] Will writes a great deal from his inspirations, and I tend to polish or scuff up and musically paint the original basslines to make them my own…I’m sure he’ll cover his influences independently as will the other guys,  but I’m very inspired by the work of satirical geniuses like Charlie Brooker and Chris Morris. I’m a fan of Darren Aronofski and Guillermo del Toro. Their warped sense of nightmares and human behaviour have been influencing me in a number of ways since I can remember. Also John Landis. I like Doug Stanhope and bill burr, they influence and confirm my outlook on certain aspects of life… and death.

R] For me personally, very little apart from my son and wife…

M] Probably a lot of stuff to be honest. I can’t speak for the entire band, but personally I’m inspired by nature, science, other art forms and the all those voices I hear in my head.

What are the biggest challenges you face right now as artists?

P] Coping with the abnormalities surrounding how the last few months have affected some of those I know, and worse the ones I’m close to. As a band, not being able to rehearse, play shows…. or even book them.

W] Seems to be getting our music to our potential audience, not being able to play or gig is a huge setback, saying that I’ve started writing another album which will probably be finished before the end of all this madness

M] I think the question should be, what aren’t the biggest challenges we face. Life is a challenge in itself, especially during these weird-as-fuck times we’re living in!!

How do you define success?

P] I covered this in the first question with the pool full of margaritas didn’t I? Finding and developing a sense of inner peace and being happy with the level that I’m at and being around others who feel the same. We all know those with awards, international recognition, collections of material goods and even loving families, which combined you’d think would provide a feeling of success. But if that inner peace isn’t achieved, everything else is unfortunately worthless.

R] Nailing a Meshuggah drumbeat. Cant top that to be honest!

W] Made a killer lasagna last week, all about those small victories

M] A roof over my head, food on the table, and beer in the fridge – (in a Borat accent) great success!