Five Minutes With: The Pineapple Thief

The Pineapple Thief is an innovative group from Yeovil that has captured the world’s attention over the last decade with a diverse mix of sounds – blistering rock guitars meet atmospheric indie soundscapes, haunting electronic elements and sharp vocal tones to create a near-perfect aural assault. Formed by Bruce Soord in 1999, TPT was a solo project until 2002 when it expanded. Now, in 2010 after the release of defining eighth studio album, ‘Someone Here Is Missing‘ we share a few words with Bruce to discuss the band’s roots and how the concept has developed over time. 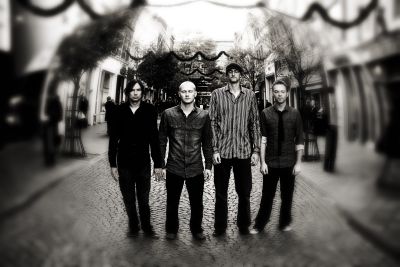 S] Your music is often described as prog indie, but it’s also got electro elements to it. How do you prefer to describe your music?

BS] We’ve been given so many labels I have no idea whether I’m coming or going. Prog-indie isn’t bad.  Post-prog indie? I quite like that, our label call us ‘post-prog’. I’ve seen a lot of European press label us as ‘brit-pop’. I am not sure I agree with that one! Progressive is still a bit of a dirty word though. It still evokes scenes of capes and 20 hour guitar solos.

S] Considering that your sound is quite eclectic, what are your influences like?

BS] I listen to a lot of modern rock, stuff like Deftones, Biffy Clyro (the best pop-rock around, by the way) and Tool – but also a lot of the heavier dance stuff. I’m a rocker at heart but love fusing the rock with the electronic.

S] The Pineapple Thief began as a solo project is that right?

BS] Oh yes, back in the day it was lonely me in my studio churning out albums using break beats and drum programming. I’d spend more time trying to find a decent break than actually writing.

S] What made you decide to expand to have a whole band?

BS] All of a sudden we had fans! Then the offers started coming in to play live so I thought, what the heck, let’s give it a go. 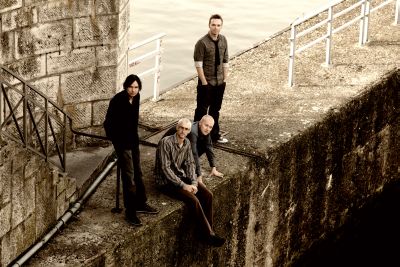 S] Do you have any other projects that you’re involved in?

BS] No, not at the moment.  TPT takes up all my energy. I’ve been tempted to do some other collaborative stuff but it would just mean the next TPT album or tour would be delayed.  I’ve decided to stick with what I know best.

S] Your new album ‘Someone Here Is Missing’ has just been released – what can listeners expect?

BS] Anyone who knows our previous stuff will be a little surprised. There’s less melancholia, it’s edgier, angrier rock with electronic and industrial crossovers. There’s still a little melancholia in there though.

S] Are you touring to promote the album?

BS] Yeah, we’re touring Europe in October but we haven’t sorted UK dates yet. We definitely will do though later this year. 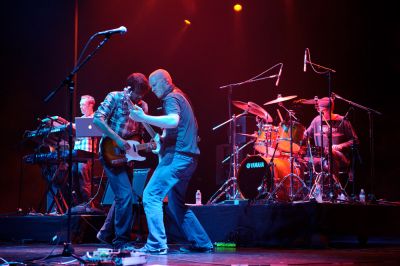 S] You’re playing Eier Mit Speck Festival in Germany did you know that that means ‘Eggs with Bacon’?

BS] Yeah, apparently they serve up eggs and bacon to all the punters every morning!

S] How do the European crowds receive you and your music?

BS] Our stuff goes down really well in Europe, especially in Holland, Germany and Poland. The UK and US are still our most important territories but it’s nice to have Europe too. As a band, it’s all too easy to focus on the UK.  Breaking Germany is just as massive.

S] Do you have an ultimate goal for the future or just to keep playing and recording?

BS] To keep playing and recording is the number one goal. It’s great to be here, still playing and still on the up. But, it would also be nice for as many people as possible in the world to hear us. That’s the second goal.