Godhead have a massive cult following worldwide and have toured internationally with the likes of Soil and Marilyn Manson as well as standing in their own right as a major headline draw. Since beginning in the early 90s, they have captivated and evoked with their blistering material. Having just released ‘At the End of the World’ we wanted to catch up with vocalist Jason C. Miller for a quick chat about what’s been going on… 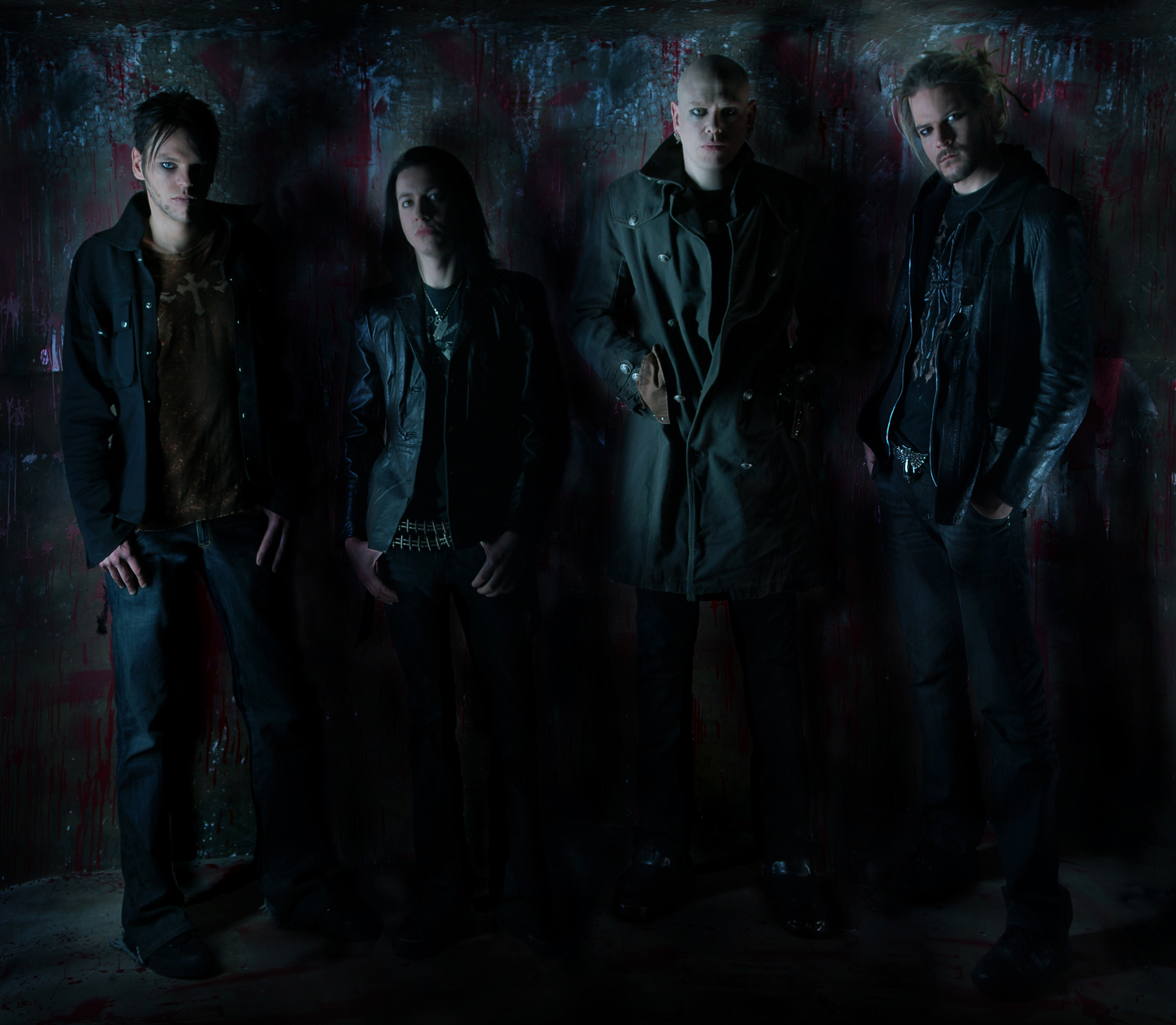 “The introspective dark side of me will never die”

S] Your music has always maintained a decent balance between the heavier elements of Industrial and the more melodic – before the album was released what did you want to achieve?

J] I just wanted this record to be the next logical step for Godhead. I like the balance that we have and wanted to continue to have that same balance.

S] Did any current or personal events or emotions inspire the title ‘At The Edge Of The World’ – if not, can you explain the inspiration?

J] Well, I’d say the current state of the world certainly played a large part. I’d also say the title is mainly commentary on where we are as a planet right now.

S] You have a cult following the world over, what aspects of touring are you most looking forward to returning to for this record and will you be going to Europe?

J] Reconnecting with fans that we haven’t seen in a while and just performing in general. Performing your own music is one of the most amazing things to do in life.

S] How is the element of catharsis you receive different when you play tracks from the unplugged EP live, in contrast to having heavy production elements behind you – is the feeling you get different?

J] Well sonically, yes, but emotionally it’s the same feelings. I think if a song is truly a good song than it can stand on its own with just vocals and an acoustic guitar.

S] You had some great mixes featured on this new record by the likes of Seb Komor, will you guys be remixing for anyone this year?

J] Yes, well right now I am producing Psyclon Nine’s new album and once we are done with that I’m going to be remixing a song for their Remix EP.

S] What keeps you passionate about industrial and Goth music, now in 2009?

J] The same thing that got me passionate about it to begin with. The introspective dark side of me will never die.

S] What inspired the artwork of ‘At The Edge Of The World’ – would it be fair to say that your cover art is there to convey an intense visual message?

S] The band has always been incredibly visual, have you ever thought about directing a film – can you give us an idea of what the concept would be?

J] Well I’ve already co-produced a short film called, ‘Everyday Joe‘ about a man who keeps waking up at the scene of crimes. At first he thinks he’s killing people in his sleep, but it turns out to be much more complicated than that.

S] We saw you guys play in the UK supporting Soil, although this maybe a great moment for you – can you tell us about two of Godhead’s best and defining moments in as much detail as possible?

J] I’d say being a featured artist on MTV News.  That moment really felt like we had ‘arrived’ and were being taken seriously as a band.  Another moment was opening for Marilyn Manson at Docklands Area in London. What an incredible rush that was. I mean, it was just one of those shows that will stick in my mind forever.

S] You guys always have some great ideas for your videos – can you give us some examples of guests that will feature in videos promoting ‘At the Edge of the World’ this year?

J] Yes!  Well we just released the video for ‘Hero’ which was co-directed by Juliet Landau and also stars her in the video with me.  That is the most ambitious video we’ve ever done and certainly the most different. We also have a live and behind the scenes footage video for ‘The Decline’ coming out soon that takes footage from a week in time during our summer tour in 2007. Then we have a claymation style video also in the works for a third song.

S] Can you explain the inspiration behind the single ‘Stay Back’ – it’s also one of the more electronic tracks on the disk?

J] It’s just about one of those situations where you are in a relationship that you know is going to turn out badly and you are probably going to be the one to screw it up, so you warn the person ahead of time to just stay away.

S] Will you ever work on another ‘Non Stop Ride’ Industrial compilation?

J] Sure, if the right opportunity presents itself, absolutely.

View the video for ‘Hero’ below: