Stayte are the kind of adventurous band that if you are into Industrial and its many sub-genres, the chances are that even if you don’t know it yet you will have heard something by one of the members. Both are mainstays in Al Jourgensen’s Revolting Cocks line-up. Alongside producing three very well received albums of their own, Stayte’s Guitarist, programmer and producer Clayton Worbeck recently contributed three remixes to the latest Filter record whilst vocalist Joshua Bradford performed on two songs for Ministry’s ‘Cover Up’ Album. We managed to get a few words with Clayton to discuss the past, present and future of the band.

S] How did the concept and idea for Stayte first form and how did you meet?

C] We met as teenagers in Vancouver. One particular summer we took a Greyhound bus to Joshua Tree National Park where we proceeded to do copious amounts of mushrooms and then tried to convince everyone around us that they were robots. After this vacation, we thought it best to stop doing drugs for a while and do something productive [pause] so we started a band.

S] Any plans to come to the UK with the Stayte project live, where would you like to start?

C] We would love to bring our rock and/or roll show to the UK as soon as possible…you let us know where you would like us to start. Seriously.

S] What kind of experiences do you draw upon when crafting your material, we were wondering about ‘I Love You In Red’ for example?

C] Musically, the song draws from various influences including one that actually played bass and some synths on the track – Mr. Paul Barker. You’d have to ask Josh what it’s about lyrically…I alway assumed it was some sort of Mick Hucknall fantasy.

S] You guys have been involved with the SAW soundtrack recently as well as Filter’s ‘Remixes For The Damned’, how do these opportunities present themselves to you, is it purely through a solid reputation – will we see any guest spots on your next record?

C] Besides luck, it’s purely through the fact that we appreciate our influences and if we get the chance to collaborate with them, we don’t say no. There are guest spots all over the Stayte records – for example, our 2007 EP ‘Cognitive Dissonance’ had Paul Barker involved with most of the tracks and the yet-to-be-named new release will have guests too – so far we can tell you that Bruce Lamont from ‘Cognitive Dissonance’ offers some of his many talents to one of the tracks.

S] What are the plans for Stayte this year?

C] Usually we answer this question with ‘World domination’ or something to that effect. But I think the world these days has enough ‘dominators’. So in light of that fact, we’ll spend our time in 2009 performing live much more than we have over the past few years as well as working on new material – look out for new Stayte, RevCo, Filter and a Ministry remix record.

S] How will your sound on the next record represent a progression from ‘Cognitive Dissonance’?

C] The record after ‘Cognitive Dissonance’ is called ‘The Two Sisters’. It was written at the same time as ‘Cognitive Dissonance’ in 2005 but it didn’t work to release them as one album. ‘The Two Sisters’ has a bit more of a heavy rock vibe but has a lot of the weirdo elements that make it a Stayte album. There is another record (yet to be named) that we wrote and recorded in 2008 and that one is a real progression.

S] How will this new album will show progression from previous material, in what ways?

C] Up to that point, we hadn’t really taken a break from Stayte since 2001 and it was getting a bit stale and exhausting to say the least. So from 05 to 08, Joshua and I eased away from the project and branched out. As a result, we really grew as musicians and people. So by the time we sat down to do this new record in the spring, we both had drastically expanded skill sets to combine with a fresh perspective on how we would approach this new Stayte material. This resulted in an album of material that wouldn’t have been possible if we’d never taken that break. 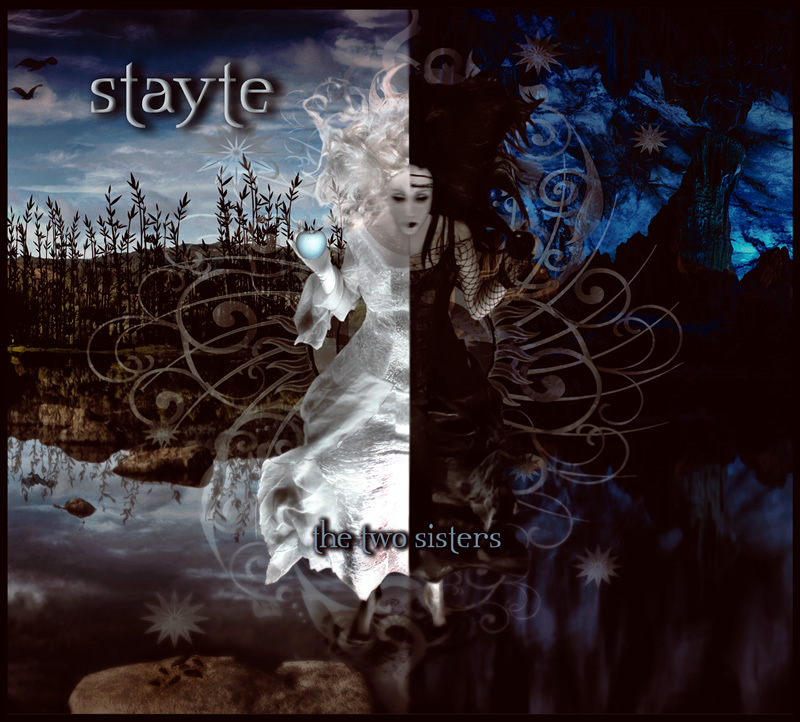 S] Can you expand on how you will advance the live show this year?

C] We’re going to do a few different things this year with Stayte live and we’re trying to make it all work together with the other projects we are in. So unfortunately I can’t give too many details just yet but I can give you an update on the live line-up, we’ve recently added the very talented Adrian White (Front Line Assembly, Strapping Young Lad, Delerium) on drums.

S] What has touring with RevCo brought to Stayte in terms of experience?
C] Besides aging my liver exponentially, playing with RevCo has shed light (and shadow) on too many things to list.

S] How did you become involved with the Revolting Cocks and what are your best memories of working on that project?

C] Memories? Revolting what!? Ouch! All of a sudden my bathing suit area hurts again.

For more on the sound of Stayte, check out this video: