The Dreaming have been a major force within the American alternative scene since they formed in 2002 and they are now starting to receive the attention they deserve. Recently, SPHERE was lucky enough to capture Christopher Hall for a chat about his past with Stabbing Westward, his future with The Dreaming and what it would be like to have lunch with Jesus. 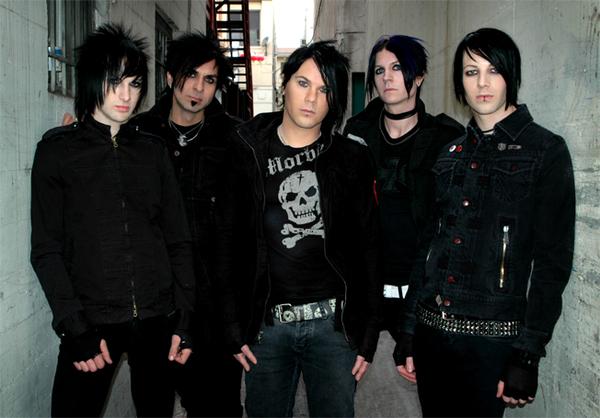 “Being on stage and playing together is an addiction for me”

S] You have played in the UK before; can you tell us what you would most look forward to about a possible return in the future?

C] I have always had a great time playing and travelling in the UK. The people are very passionate about music and live concerts. You don’t always feel that in the US. There is also a very old history in the UK that I have always found fascinating. The old castles, the Victorian cemeteries and Stonehenge are good examples. The most powerful experience I’ve ever felt on stage was at Reading festival. I’ve never been in front of so many people at once. And they were all there for music. It was incredible.

S] ‘Etched in Blood’ focuses a lot on personal experiences, how will the next release represent a progression thematically for The Dreaming?

C] I have been writing a lot of lyrics over the last year while touring and recording them into a small recorder we travel with. I’m not really sure if they tie together into any one theme yet. I tend to write whatever I am feeling at that moment. We will see later in the process if a pattern emerges. It’s an awesome process for me because I honestly never have any idea what I’m going to come up with. There is never a master plan or vision. It is one cathartic event at a time.

S] You guys have some great links, so we wanted to know are there any notable guest spots or collaborations you have planned this year?

C] We would love to have some of our friends from Kill Hannah, Julien-K, Trust Company and more play on our new record. We often have other musicians get up on stage and play with us. And I love to get up and sing with bands we are touring with so you never know what may come out of it.

S] How will you be progressing visually in 2009, you have some massive ideas, do you think that you will be changing the live show or working with film and video?

C] We have spoken to several video directors about shooting a video. Money and time seem to be the biggest hurdles. We have come up with some pretty cool ideas for videos but apparently we don’t have the budget to burn down a house. And we can’t find any fans willing to let us burn down their house so we are waiting for ‘plan b.’ On every tour I redesign our stage show. We build boxes with lights in them that are programmed to run with the music. It’s a bit of an obsession for me. We like the idea of going into a small club and giving them a big production.

S] You are constantly touring, and you have had more than a few mishaps in the last year; what keeps you guys driven and gets you up in the morning even if you describe it as being a bit like ‘Groundhog Day’?

C] ‘Chicks and tattoos’ (laughs) That’s our drummers favourite saying. Whenever we have a bad show or rehearsal he likes to remind us that we are here to make music. All the other stuff is really a bonus. Everyone of us honestly loves being on stage and playing together. It’s become somewhat of an addiction for me.

My old friends who knew me when I was in Stabbing Westward can’t understand how I could go from touring in a bus with eight crew guys setting up all our gear and ‘wiping our asses’ to travelling in a run down van and setting up our own gear, lights and crashing at fans houses. But I tell them ‘if I have to explain, you will never understand.’ It was never about buses and catering, crew guys and record labels and all that shit. It was always that hour on stage and then the few hours afterwards when I clearly and completely knew who I was and what I was meant to do. When you take that away I am lost. I will probably never stop playing music, at least not if I can help it.

S] ‘Disconnected’ resonates with a lot of people we have spoken to, so what experiences inspired that song and how was it written, can you remember the minutes that led up to its creation?

C] Writing for me is strange. Things just start to flow out of me and I just roll with it. Sometimes I have the tools with me to capture the moment. Other times I am driving or hiking or taking a shower. Then I have to sing the idea over and over again until I either memorise it (which is dangerous) or can get to a phone where I can leave it as a voice message on my cell. That song came while I was walking up a mountain by the ocean in Santa Monica. I think it had something to with bad cell phone reception where I was (laughs). The idea that none of what you are feeling or expressing is able to cross the great divide between two people. When you are trying desperately to communicate with someone but they aren’t hearing you and they are not understanding you because of whatever head-space they have created in themselves.

S] You once said that you started Stabbing Westward to be a dark and heavy electronic project and that eventually deviated to a point where you didn’t enjoy making music with that project anymore, is electronic music something that you are still passionate about?

C] Good question. At the time that SW formed Walter Flakus (Keyboards – Stabbing Westward) and I were very much into Chicago Industrial music. It was cutting edge and exciting and represented who we were at that exact time. I’ve never been one to stay in the same place very long. I am constantly listening to new music and being inspired by it. By the time that SW’s third record had come out I was so tired of the whole Industrial sound being forced upon us by ourselves and outside forces. That was the big problem in that band. We had so many people including ourselves trying to tell us how to sound.

There was an expectation about how we were supposed to sound and that would always influence what we were trying to do. With The Dreaming there is still a sense of that from SW fans, but we’ve simply stopped caring. Or more accurately the rest of the band never cared. That was my baggage and I jettisoned it long ago. Carlton (guitar – The Dreaming) is very much into electronic music. He brought some cool keyboard ideas into ‘Etched in Blood’ after most of the album was complete. I hope he will add even more to the next record. I really enjoy what it adds. And I really like that it’s his influence on us and not outside pressure to be something for someone else.

S] What are the biggest plans you have for the rest of the year once you finish your tour with Trust Company – is there anything you are really excited about?

C] I have been building a recording studio in my house and I am really anxious to use it. I’ve invested a lot of time and money getting the gear we need to do our own album and become self sufficient and I’m really excited to start writing and recording.

S] You have to sit down for a meal with any two people dead or alive; famous or not – who would they be and why?

C] This is a hard question. My first thought would be to name a great musician. I have met several of my musical heroes including Robert Smith, Martin Gore, Tori Amos, Trent Reznor, Al from Ministry, Slash and Perry Farrell and the person never lives up to music. Music is magic. It is greater than individual who created it. So I wouldn’t waste one on a musician. Actors are even shallower. No matter how ‘cool’ or ‘hot’ they are in a film that’s not actually them. They don’t even write what they say or control how they act. I’ve hung out with some actors and for the most part I was unimpressed. So, I am going to go with Stephen King. Because I have so many questions about his books and the idea that he created whole universes from out of his mind fascinates me. I am sure he is just as pedestrian as the next guy but at least I could get some questions answered.

My second would be Jesus of Nazareth. No one man has had such a powerful impact on history and I would be interested to see what he had to say for himself. To see if he would laugh at the effect his short life had upon the world. Or would he cry when he realised how many millions have died in his name? I would dare him to look me in the eye and claim he is the son of god. I would get to laugh at him. Not laugh with him. But at him. That would be fun. And we wouldn’t run out of bread or wine at lunch.