Despite the ever-documented decline in old media – CD sales and falling print magazine circulations spring to mind – radio is an area that is still managing to thrive. In terms of rock and metal radio shows, Kerrang! Radio and Radio X are still popular among fans of the genres. But if we’re to thank one for keeping things alive, it has to be Dan P Carter’s Rock Show on Radio 1 – exclusive premieres of tracks and live sessions from the biggest names in the scene are commonplace, and Carter’s dedication and genuine enthusiasm about music and the industry is the perfect lure for fellow rock and metal fans. These radio shows are not only proof that radio is still very much kicking and quintessential for our scene on a national scale, but inspirations for many aspiring DJs up and down the country. Countless music fans have probably fantasised about running their own radio show. Dream guests, ideal tracklistings, quirky segment plans – hosting your own show seems like a blast.

One person who certainly had those ambitions was Deon Byworth, who hosts the Rock ‘N Horror Show on York’s Vale Radio. Listening to the Rock ‘N Horror Show (we wonder where the inspiration for his own show’s name came from?) in his native South Africa as a teenager cemented his goal of running a show just like it when he was older. “Never in my wildest dreams did I ever think I would be a radio presenter right here in York, in England, with a radio show called the Rock ‘n Horror Show. And it’s my show!” But many of you reading this, maybe with similar aspirations, are probably wondering how he got to this point. What steps do you take if you want to start up and run your own radio show?

In Deon’s case, the job very much found him – through the landlord of his local pub, no less. “I got a message from the landlord that Chris Marsden [director of Vale Radio] had been in asking if he knew anybody who knows about rock music and could play rock music on a radio station, so he forwarded my name and rang me saying “here’s Chris’ number, give him a ring”. I came down and met him at the station, and the rest is history.” Deon had been a mobile DJ locally before the Vale Radio opportunity reached him, and his story just shows that passion for your chosen field and getting your name around your local circuit as a dedicated and knowledgeable individual is essential.
When starting his radio show, Deon was lucky in the sense that Marsden bestowed plenty of freedom on him. “It became my little baby; I was free to do what I wanted. Grow with it, nurture it into what I wanted it to be with no interference whatsoever.” With this freedom and the lack of rock and metal aired on Vale Radio prior to Deon’s induction, he had to load all of his own songs onto the system.

What are other issues that come with being a Vale Radio DJ? “Getting bands into the studio. Being a rock show, I’m not too keen on doing too many acoustic gigs in the studio. If it’s rock music, it’s got to be electric guitars, drums, the lot. And it’s difficult sometimes to get all that into the studio.” Receiving songs with swear words in are hard work too, as Deon has to edit those out himself. Despite any minor issues or difficulties in his job, Deon is still adamant that this is his dream and that he would never want to do anything else. But what’s his biggest achievement as a DJ? “Being able to play the music of some of the bands that aren’t around anymore. You’ve had Lemmy dying, from Motorhead – I still play the music, I still keep it alive”.

If you’re still dead set on following your Djing dreams, you’re probably thinking about how to get your foot on that first rung of the ladder. Those in smaller towns and cities, perhaps ones with not much of a rock or metal scene, are probably the ones most daunted by this. Looking for any kind of experience not in London or Manchester may seem pointless or less valuable. What advice does Deon have? “I can always contact the radio station and have them on the show with me. No problem at all. We can co-present a show, play a couple of songs together and see where it goes from there”.

Deon’s show plays all kinds of rock and roll, with The Beatles, Buddy Holly and Slayer all popping up in the long list of bands he enthuses about airing. He’s also open to suggestions, and regularly gives local bands like The Family Ruin airtime. “That’s always been a part of my show, just playing the local bands on it as well. So if you’re in a local band, you’ll be getting played amongst The Beatles, The Rolling Stones, Metallica, Slipknot, Slayer – in with the big names.” How easy is getting airplay for a local band looking for coverage? If you don’t send in songs with swear words in them, very, apparently. Just contact the Vale Radio website or get in touch with Deon himself – which is arguably even easier. “Some of these [local] bands, I know them. From going to the gigs in York and I chat to them. I’m a phone call away or they can find me on Facebook. So that’s not too difficult at all.”

Judging by what he’s said, Deon seems to be a massively valuable resource to wannabe rock/metal DJs and fledgling bands in the York area. Even if you don’t live there, reaching out to him could still provide brilliant experience to start off your career whether it’s advice or travelling to the station to co-present with him. The lesson to be learned here though, is to ask around local radio stations, especially those in small towns who may feel pessimistic at their chances of getting into the industry. Getting experience at Radio 1 isn’t going to come instantly, and smaller local resources can be just as valuable as the big names. As Deon puts it, “never give up, because you never know what’s around the corner.”

Catch The Rock ‘N Horror Show on Vale Radio every Tuesday from 9pm. 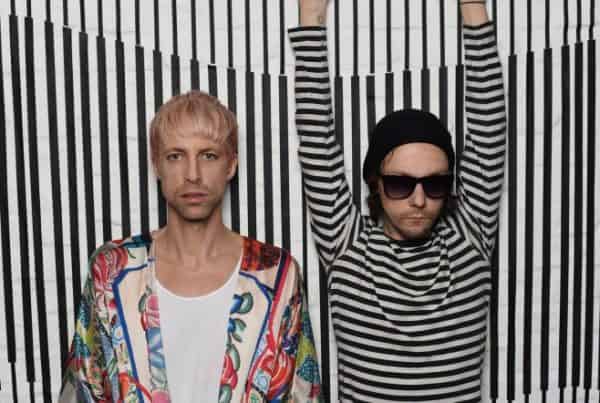 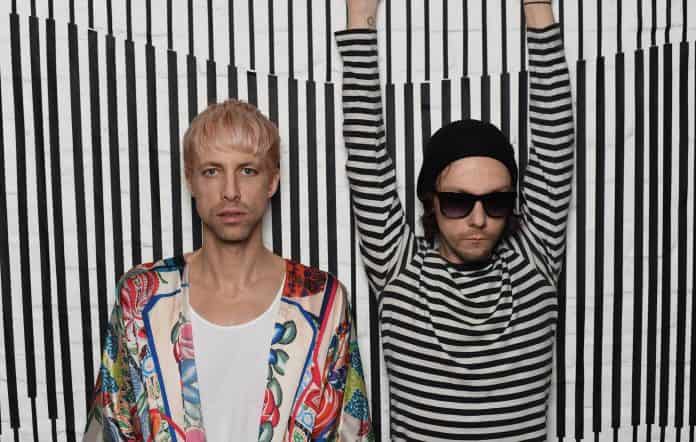