It’s an undeniable truth that a lot of our favourite bands wouldn’t be where they are today without JBTV. It’s America’s longest running and most culturally iconic music television program, with over three decades worth of incredible live shows packed into its archives. Forget MTV, this is where the real magic happens. 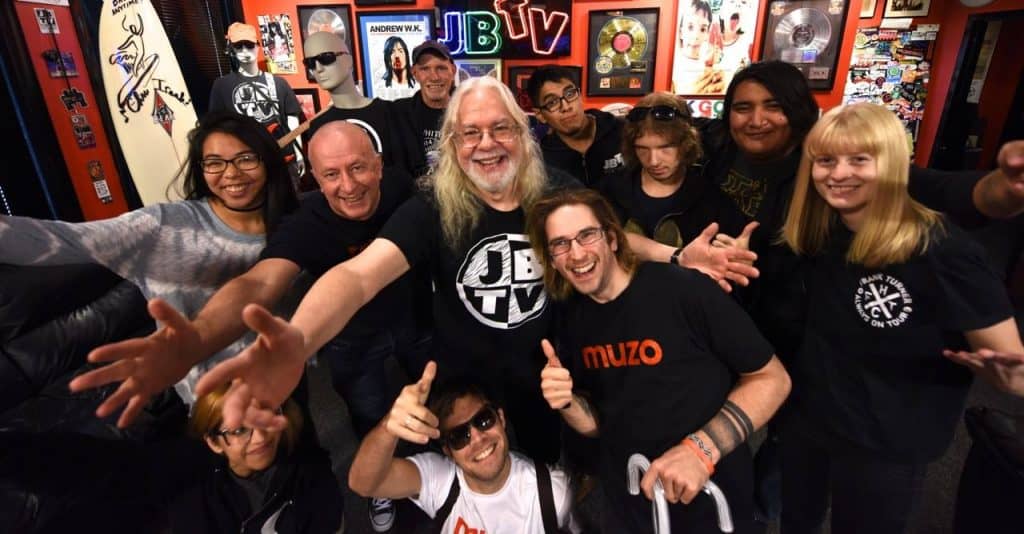 During it’s last 30 years, it has introduced some of the biggest alternative music acts in the industry to the global music stage, including Green Day, No Doubt, Smashing Pumpkins, Blink-182, 30 Seconds to Mars, Jeff Buckley and Oasis. It has won the Billboard Music Video Award for ´Best Local/Regional Alternative Modern Rock Show´, twice, as well as multiple Emmy Awards for production. And yet, not many people over here in the UK seem to know about it. There is a fantastic reason for that, put simply: these people aren’t sell outs. Led by a charismatic host with a heart of gold, Jerry Bryant and his team are passionate about the music, not the money. They don’t use advertising, they don’t play what’s topping the charts, they don’t pander to a fake audience with superficial taste. They just want to help eager musicians with their careers and bring them closer to a dedicated fan base.

It’s been a fascinating journey for the staff at JBTV. All of the major players, including Jerry, come from humble beginnings and small town communities, all of them equally driven by an insatiable passion for raw musical talent. Head of Business Development, Michael Harnett, started working with music at age 14, booking original bands at his local parish club. Executive Producer Chris Vicente started playing the piano at age five, and continued pursuing his love of music on a global scale while working as a consultant, attending local gigs and concerts in each new destination. Before running his own show, Jerry worked as a starstruck production editor with the likes of Joe Kelly from Z100 New York. In the good old days before digital sound equipment and MAC music programs, he used a 16 track MCI tape deck, splicing vocal tracks and smoothing all of the rough edges. But his job wasn’t all that glamorous; while colleagues got to attend concerts, he was stuck in the studio all-hours, editing. “We got to work with bands I grew up with, like Pink Floyd on the ‘Dark Side of the Moon’ tour,’ he remembers, ‘I had a radio station in Milwaukee and we did the first open air concert in Milwaukee county history. I have to say that I didn’t see much of the concert, I was in the studio getting production done for all the different radio stations, but my partner Joe Kelly went and saw everything!”

Around the same time that Jerry was working in Milwaukee, Michael was working with a variety of successful bands as an experienced road manager. It was somewhere in the haze of the late 70s whilst  touring with Kool and the Gang where he found himself in a club, about to watch the legendary Prince perform for the first time. “I saw this little guy with no shirt on,” he recalls, “all he was wearing were these tiny shorts and thigh-high purple boots. I didn’t know what I was looking at, at the time, but I knew I had to work with him. His stage presence blew me away.” Sure enough, they began working together not long after this fateful performance, Michael taking charge of his tour marketing. It was through touring with Prince that Michael met Jerry, as they worked together on radio commercials for the tour. Eventually, the two became business partners, and that was when the momentum behind JBTV really started to build.

Chris remembers watching JBTV as a kid and being inspired by bands from the UK, particularly. “Everything happens for a reason,” he muses, “I think that having the experience of seeing English bands, not created for an American audience, gave me a deeper understanding of the complexity of live music. Everyone comes together for music, no matter where you’re from in the world.” It wasn’t long before he was put behind a JBTV camera himself, when he attended one of the live shows as a grown man.

“Jerry put me on camera, even though I was just an audience member!’ he says, grinning,  “I had no experience but that didn’t matter; he trusted me. A few months later I saw that they were looking for someone to do their social media, and that’s one of the things I was doing at the consulting company as director for technology. So I volunteered at JBTV, and I fell in love with the place instantly, with its energy and unique environment. Jerry’s attitude is infectious – he is very passionate and it spreads. The team who love to create here are an amazing bunch of people.’

Even back when JBTV was small, it stood out as being one of the few music TV studios built purely for the comfort of musicians. Bands who came in to play one or two songs usually ended up playing full live sets, along with an aftershow interview. The studio is renowned for its fantastic acoustics and friendly atmosphere. “Musicians feel relaxed here because they know that we are fellow music lovers and we don’t want anything else out of them, only to hear them play,” says Jerry, “Passion is all that matters. Whether you’re a musician, a teacher, a taxi cab driver, whatever, if you’re following your passion you’re doing life right.”

Bands who started on JBTV have remained loyal for life, among them Barenaked Ladies. Back in the days when this iconic band would get no radio play, they turned to JBTV, asking if they could help them to promote and put on a show. The rest is history; the band exploded into fame near overnight. This was a feat to perform, back in the days before social media had really taken off. “Promoting shows was tough!” recalls Michael, “It meant going to every venue, every record store, every hotel, giving out free tickets to the staff as bribes, physically telling everyone you could that a band was coming to town. There was no Ticketmaster and stuff like that, you had to sell tickets personally right up until the night of the show.” 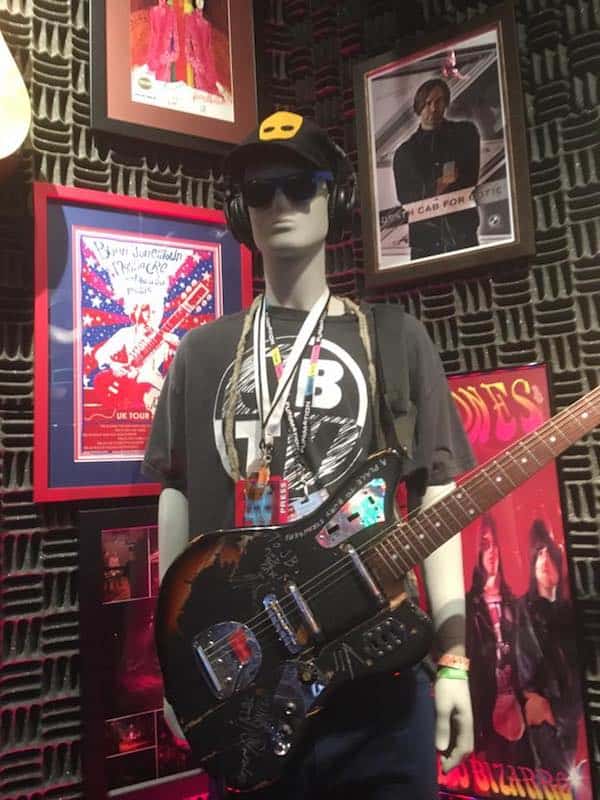 Most would say that the keys to JBTV’s success have been determination and compassion. The underdogs are treated like family, the volunteers like old guard team players. Everyone who goes through JBTV goes on to bigger and better things, all in creative industries, and everyone is encouraged to follow their dreams. “I’m so happy because people aways call back to tell me what they’re getting up to,” says boss man Jerry, a huge smile on his bearded face. He could be a rock ‘n’ roll Santa Claus, bringing joy and good will to music lovers across the world, “We welcome everyone, there are no gatekeepers here. We want to the real thing; music, raw and uncensored, without the typical industry bullshit. We want to keep JBTV anti-corporate, always.”

The show allows viewers to watch music videos online and on TV, as well as artist performances, and interviews. JBTV will continue, as always, to stream music television 24/7 on their website homepage for fans everywhere to enjoy. So tune in, and remember, there is always someone looking out for the underdogs of the music world.