Post-Galtres Festival, we chat to York music legend and ex-Seahorses and The Yards man Chris Helme about his most recent material and get some thoughts on his local music scene while we’re at it. 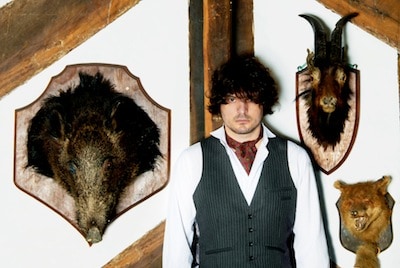 “I’ve never had a plan. There’s just a start and an end with a load of chaos in the middle”

S] How was Galtres Festival for you?

C] “Good thanks. I only stayed for the Friday though. As always, I think James Houston and his merry wizards did a cracking job this year. Shame I couldn’t be there for all of it.”

S] What kinds of themes and ideas are present on ‘The Rookery’?

C] “I write however I’m feeling at the time, so there’s never a conscious theme to start with. I suppose there’s a good old dollop of love and hate in there, virtue and sin. Sometimes the meanings appear after the song is finished. I have no control over that.”

S] Can you talk us through any tracks on the record and their meanings?

C] “As I said, the songs take on their own life very early on. I’m reticent to dictate to people what the songs are about. They are all open to interpretation. They don’t really belong to me, once they are finished. There is a story running through the whole album, but weirdly that wasn’t intentional. I suppose when we let our minds wander, we end up in some dark and unfamiliar territory, but all the roads are connected.”

S] Is there a particular space, or person in your life that you draw the most inspiration from?

C] “Not really. Everyone I’ve ever met. Everywhere I’ve ever been. I’ve always put myself in difficult situations, often through poor navigation. But I adapt to my environment, which keeps things interesting, and more importantly, honest.”

S] As a successful musician with such a strong history, what are the biggest challenges for you right now?

C] “Being organised. There’s so much to do, and I don’t want to miss anything.”

S] How have your aims and goals (in terms of the music that you make) changed over time?

C] “They haven’t. I’ve never had a plan. There’s just a start and an end, and a whole load of chaos in the middle.”

S] What do you think of York’s music scene?

C] “We are very lucky. I am very blessed to come from here and I’m very fortunate to play with the people I play with. One day I’ll play with everyone. I’m such a floozy.”

S] What’s your main piece of advice for York bands looking to get noticed?

S] How have you developed personally through your career as a musician from your days in The Seahorses and The Yards to this point?

C] “In the Seahorses I was doing as I was told and looking for approval in all the wrong places. I acquired and fed a lot of bad habits, both musically and socially, whatever. I was being groomed to become stiff drone, and I felt like someone had removed my soul, scrutinising my every move under the microscope. The Yards was the undoing of that. With a little help from my friends I got my self respect back. Had to unlearn everything to find out where I wanted to go.”

C] “An armoured combine harvester or motor home. Failing that, a MG36 with a suppressor and night sights, with unlimited ammo of course.”

C] “A Neolithic style monument in my honour to confuse whoever dominates this lovely planet in the next four millennia. Oh, and a film, a little like ‘Walk Hard: The Dewey Cox Story’. Really though, it’s a little vain to answer that one. I leave it up to the historians.”