After a decade on hiatus, British nu-gaze pioneers my Vitriol are on the tour bus once more. We caught up with singer and guitarist Som Wardner to talk about the highs and lows of touring, The Secret Sessions, and the importance of spirituality in day-to-day life. 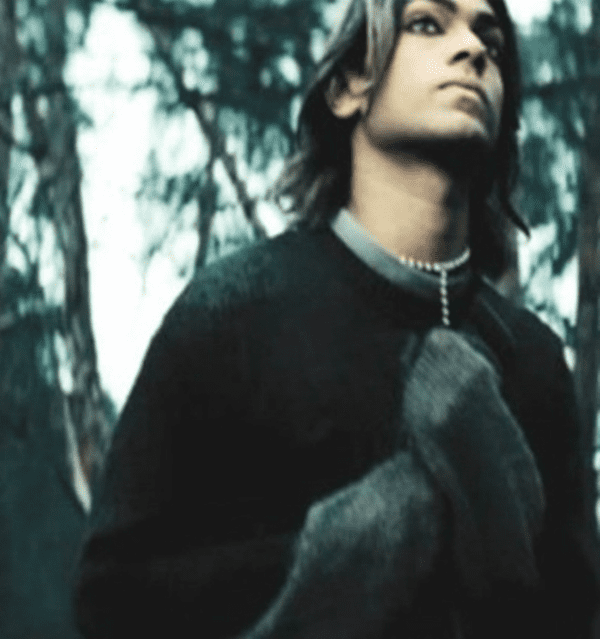 S] You guys are coming up to a tour soon, that’s so exciting! At this point in your career, how do you feel about your legacy and how it is influencing different age groups?

SW] That really is the crazy thing, when we made Finelines all the way back when, I had no idea that over a decade later it was still going to be a huge part of my life. You don’t really think about the future like that, when you’re young. After just seven months of being together we began to attract a following. I feel like our experience of this process was probably different to a lot of bands; we were kind of thrown into the public eye. We’d only recorded in a studio a handful of times before, and then we had a lot of pressure on us to perform and it wasn’t always a fun experience.

There was so much stress involved with making that album that I couldn’t even listen to it after we’d finished recording. After Finelines was released I ended up in hospital. For The Secret Sessions, I took on a few more roles. I ended up learning how to mix and record and produce. I’m grateful for it, even though it was a lot of work! I think maybe I’m just crazy and obsessive [laughs]

S] What would you say you’ve learned about yourself through the music that you’ve made?

SW] A lot of the things they teach you at school don’t really help you in the real world. Managing stress and your career and money, they don’t teach you things that literally help you to survive. You just have to figure all that out by yourself. I guess for the next generation, they have the internet to help them figure things out, but we didn’t have that. Youtube tutorials weren’t around, social media wasn’t a thing, these were the dark ages! The whole world has changed in the time between us getting signed and now. I’ve changed a lot too. When you have unrealistic expectations put upon you, you start to see the world in a different way, that’s warped by what other people think. What people perceived as being ‘cool’ back then has totally changed, and you start to realise that it’s more of a manipulation tool than anything real and concrete.

S] You gained a cult following very quickly; how do you feel about your place in the music industry now? Do you feel more settled?

SW] It was always a passion project really. I was a music fanatic, still am, but as I’ve grown up I’ve realised that living purely in the music world and the music industry can make you pretty miserable.

For the sake of my happiness and my sanity I had to step away, hence the hiatus. Our mission was to make music that would make other people feel special, the way we did growing up and listening to our favourite bands. Friends from my generation had a great affection for our records. We just used to sit in our rooms and listen to records and get transported off into other worlds; I feel like people don’t do that anymore, they don’t have the time. That being said, there are so many great things about contemporary music, like Youtube and further access to all this information and equipment both online and offline, but I think that keenness and enthusiasm and passion has dwindled a bit. Now people just want a quick fix. Rock has died as a result, rock music was a such an album orientated genre, now I can’t imagine and album like Pink Floyd’s ‘The Wall’ selling 10 million copies like it did in the day. People don’t want the album format.

With Finelines, I came at it with such a ‘we are going to create a holistic album’ approach, the whole thing was intended as a piece of art. The track ordering and every little detail was deliberate and though out. Those who listen to our singles only get a small idea of what we are about; if you listen to our albums in their entirety, you get the full picture.

S] Are there any bands out there that make you excited?

SW] I think our genre is struggling; I think it’s harder for people to rehearse like we used to. People are more urban dwelling now, with no space. When you have easier alternatives to producing music, and practicing with a live band, like GarageBand for Apple MacBooks, people tend to go down those routes.

Rock music has gone back to being a niche thing, at one point it was the mainstream. But these things work in cycles. It is great to hear your influence in the music that you listen to, I don’t want to name any bands though, I don’t want to put words in their mouth. We only had one album so it’s hard to imagine people wanting to follow in our footsteps. The wall of sound is essential to us, I didn’t expect that to come back. We even got accused by NME of being ‘too shoegaze’, because that was already over in their eyes. But then loads of artists followed after us with that sound and it started creeping into mainstream rock. We were part of the ‘nu-gaze’ discovery and I’m glad that other bands are using parts of that sound too.

S] You’re accessing a whole new audience of people who are going to love the sound. You’re covering the whole country again with your new tour, are you looking forward to touring?

SW] We’ve never been shy of the hard work! Touring is fun, but last time we were on tour I developed tinnitus, so I’m a little wary. I have to try to stay calm on tour as I tend to get agitated quickly. But as long as I keep my cool I’m sure it’s going to be an awesome experience. You’re always going to get criticised when you try something new, especially in rock music, there’s always an element of purism. But if you don’t take risks, you just stay stagnant, right? Rock music is meant to be exciting, different, an adventure!

Now there are so many genres heavier and edgier than rock, now dubstep can sound heavier than metal. The way technology has moved on makes rock music sound bad. When you listen on MacBook or iPhone speakers, all of the cymbals crash trough the speakers. It’s no surprise that artists who are doing really well are more minimalistic, like The Weekend or Lorde, where you have the bass turned up and a lot of space for the vocals. It makes sense that music has moved on alongside the way people are listening to it.

Our new album is just for the people that e-mailed us over the last ten years saying ‘please come back’, it wasn’t meant to be a public exercise. We wanted to do some justice to the demos that we’d made since the last record, so we tidied them up for the people who supported us. We never thought we’d make any money! We’re definitely not a household name, when I tell anyone the name of the band I always get ‘What??’ in response [laughs].

One thing that really struck me, is that when we got interviewed by NME I took that chance to name a lot of bands who’d influenced me, to help them and give them some publicity. Our friends, people we’d worked with. Now there doesn’t seem to be a community? Everyone is so competitive now. I didn’t expect other bands to be envious of our success. Some of our friends started appearing in the press and saying negative things about us, it’s a shame it got that way. Everyone wants success, but it’s a shame we can’t all be happy for each other.

Success should be by the work you’ve created not just meeting the bottom line. I got jaded with the music industry partly because of that..a lot of it comes down to prioritisation from record labels, fashion, subjective reviews, etc. Some completely out of your control. Label politics affects bands being able to create, and it shouldn’t be that way. Nowadays, at least people have the means and technology to make a lot of their own stuff on their own terms, for far lower cost.

S] We work with a lot of students, so it’s great to get your views on fame and that there are ways to stay positive…

SW] Fame is subjective and vapid; the ego is a illusion, and a source of unhappiness. But is also the wind in the sails of many a success. There is nothing wrong with doing things for the sake of accomplishment, the trouble is when you make music as a vehicle for fame, your focus determines your reality, if your focus is to make great art, you will achieve that, if your focus is fame, you’ll probably end up making something shit. They key is to think about the people you’re making this art for. Don’t feel entitled to anything, and support the people around you, good karma comes around.

S] Last, I wanted to ask you about your inspiration outside of music. People, places, personal?

SW] As I’ve gotten older I’ve become more interested in specific vocalists. My heroes now would be completely different from my teenaged heroes. I find myself today watching Neil deGrasse Tyson’s videos, he’s brilliant! He’s very positive, talented, and charming, he came from nothing, has achieved so much, and has changed the way people think. He puts really complex topics into ways people can understand check out his videos about dimensions.

I’m very interested in quantum consciousness and spirituality. I think it’s important to take time to consider how you are spiritually. I also love traveling; you can learn so much about yourself when your travel to new places. Whenever I go to a new place I try to learn as much about it as I can. I love learning of my own volition, not because I’m being forced, I’ve been like that since school [laughs].

You can’t be forced to be intellectually stimulated, you have to find that for yourself. The song ‘Rest Your Tired Head’ was written in a time in my life when I was very disheartened, I was distracted and down, then I had this weird experience which the Japanese call, ‘kensho’: awakening. I was staring at the moon and something just happened; time stood still and everything was clear, it was a total bliss. Jill Bolte Taylor did a talk about ‘A Stroke of Insight’, a feeling of oneness, a realisation of how insignificant I was, but at the same time it was a glimpse into a beautiful blissful higher reality, rather than this lonely, decaying existence. That’s what I wrote that song about. Those moments through my life make me so happy and continue to inspire me.