Sometimes the legacy of a band becomes greater than the sum of its parts. The Beautiful South released 10 studio albums, sold 15 million records and had thirty-four chart singles and witnessed various line-up changes during the band’s original 20-year run. After founder members Paul Heaton and Dave Rotheray disbanded the group in 2008, there were those who felt The Beautiful South still had so much to give. And so, The South was formed, and comprises of new and veteran band members (including founder member, vocalist and former Housemartins drummer, Dave Hemmingway) a stack of hits to delight us with and the promise of new material to come. With an upcoming country-wide tour coming up, Soundspheremag was lucky enough to chat to “front female vocalist and surrogate Mum to the band” Alison Wheeler. 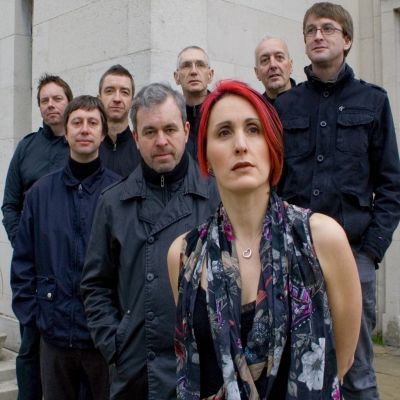 “It would be wrong to rely solely on the back-catalogue”

With the lasting appeal of The Beautiful South and their extensive back-catalogue to draw from, it’s good to hear that a new album is in the works, though Alison Wheeler is keen to inform us that the set-list for the tour will pay tribute to the classics (and even some older songs which were never performed live): “We definitely want to prove to people that we’re moving on… we do want to keep playing new material, but I think you’ll find in any band if they’re promoting a new album they won’t put more than three or four tracks from that in the set-list,” Wheeler explains. “Of course the fans do want to hear the old stuff, and I think it would be wrong to just sit on those songs and play them ‘cause we’re not the original line-up; we have lost some members so it would be wrong to rely solely on the back-catalogue.”

The main creative collaborators in The Beautiful South were Paul Heaton and Dave Rotheray, but with the change-up and reformation as The South came opportunities to pen and compose brand new tracks as a new band. The first single from the new collection of songs is ‘The Entertainer’, a melodic offering with recognisably intelligent and heartfelt lyrics, It’s new, and yet in-keeping with what the original band always did best: “We want to pay homage to The Beautiful South, we want to stay in the style of The South, however we don’t want to look like we’re painting by numbers and doing it as a pastiche,” Wheeler emphasises. “We want to pay tribute to Paul [Heaton], [Dave] Rotheray and their writing style and try and keep in vein and not too far left of centre.”

As Wheeler tells us, many lyrical themes of The Beautiful South remain with its 2012 incarnation; maintaining that there are darker undercurrents to certain songs beneath the melodic sing-along pop music they were famed for: “‘The Entertainer’ is quite a dark number. Like a lot of The Beautiful South’s songs you have to really sit with the lyrics and really look at them to realise that even though there’s quite a melodic tune that’s quite happy, the lyrics can be quite distressing and sad at times.” Songs from their collection are a testament to this and are still applicable today: “Topically, songs like ‘I Think The Answer’s Yes’ is a great song that smacks about the power of industry, the state of the press and the drudgery of working in an economic environment, so that’s quite relevant and I enjoy singing that song.” The unique duets which became a well-known motif for the band in songs such as ‘A Little Time’, ‘Good As Gold (Stupid As Mud)’ and ‘Perfect 10′ are also favourites of Wheeler’s (and we don’t doubt for the fans too!): “I do love the whole duet scenario that The Beautiful South has created: the tryst between a couple, the break-ups and the early stages of relationships!”

As a band in 2012, opportunities for fan interaction and promotion via the internet are becoming ever more popular. Does the band partake in networking and remain involved using this medium? “I think it’s something that’s very important and I think it would be a wasted opportunity to not do it, however quite a few of us are so uncomfortable around the internet so we’re trying to make ourselves use that platform and get comfortable with blogging!” Wheeler enthuses. “I think the best way is the personal touch of Facebook and the forums on the website, because it is so easy to keep in contact and reply.”

Back on the road again after a few sporadic dates to complete a month-long tour, just how is the band anticipating time on the road? “There’s trepidation about the length [of the tour] and spending all that time on a bus and there’s the guys who are actually longer than the bunks, so they’ll have a hard time!” Wheeler laughs. “But we’re all looking forward to it- it’s just making sure we don’t burn our candle out too soon before the end of the tour.” The band will be stopping off in places such as York and the band’s original home Hull, enjoying smaller venues and the opportunity to reconnect with the fans: “The bigger venues are exciting but nowhere near as personable as going to a smaller venue. It really is a ‘whites of your eyes’ kind of tour as you can see everybody in the audience… we just kind of bounce off each other: if the audience are having a good time, we can feel it and then they in-turn can feel that we are having a good time, and that’s great!”

The tour begins this month and continues until the beginning of March.

For more information visit the official The South website.