Speaking to Toploader’s Joe Washbourn, you get the distinct impression that the band cannot wait to go on tour and share their latest album ‘Only Human’ with the world. After two records and massive success, in 2003 the band split up but now, in 2011, Toploader are back with a rockier, more reflective sound. Having made their reputation as a great live band, playing in their early career with bands such as Coldplay and Muse, it only seems right that they are so enthusiastic to get back on the road and play together as they were always supposed to do. 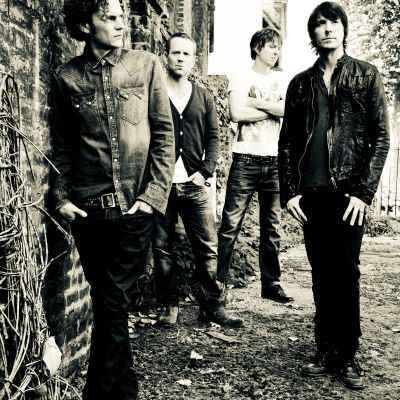 “We’ve always had the true spirit of a rock band”

Joe tells us, “For Toploader, it really felt like it was so nice to get a new album back out there; once we got back together that was always the main aim was to get a body of work that we could be really proud of to put up against the other albums. The songs on it are all really strong and they all meant a lot to us when we were writing it. We had such a great time writing and recording it. We will still play a couple of the old songs on tour, but these new songs are going down so well live. We’re super-proud of it, and it really feels like we’re back on track.”

You may know Toploader as the purveyors of ‘Dancing In The Moonlight’ – a British pop classic (originally from King Harvest). However, their newest album ‘Only Human’ has an edgier side to it than Toploader’s previous work on ‘Magic Hotel’ and ‘Onka’s Big Moka’. “I think there was always that element that we were a real band with real instruments and that it came from the band, not the producer. I also think we felt that we were being true to that side of us. This time around we’re a four piece, and I suddenly found in writing music for a four-piece you’ve got so much more space there than we’ve ever had before. It used to be ‘throw strings and brass and the kitchen sink at it’, whereas this time, you can have the bass just thumping away coming in and out, picking out guitars. It was like writing for a completely different band, so that’s where songs like ‘She Said’ came from. I think we’ve always had the spirit of a rock band but it kind of got plastered over by the slightly pop stuff. It’s really nice to come out and write what we want to write without anyone telling us we can’t. Also, to play songs like ‘She Said’ live is great!”

The single ‘She Said’ is the latest release from ‘Only Human’ and is uplifting and thoughtful. “It’s a story that lots of people, men and women, can relate to – your life needs reigniting, and you’re looking to someone else to try and reignite that spark. I think that’s the way we felt with the band, we really wanted to get out and feel the passion again. We have found it, we’ve found the bit that was missing, not only when we were split up, but in the last few months of being together the first time round.”

“[The whole album] is more introspective, it’s about feelings that ten years ago I would never have shared with anyone. It’s part of growing up and bettering your craft as a songwriter. About channelling particular things I am thinking and trying to get them across to the listener. ‘Onka’s Big Moka’ is about a 20-year-old kid wanting to get out of his hometown and spend his days sitting on the beach looking out at the sea dreaming of his first record deal. This time around I have the benefit of hindsight, there’s songs like ‘Sound Of Your Soul’, that still have a positive message but it’s more introspective. No naivety, I don’t mean that in a bitter or jaded way – I’ve been able to just channel my feelings. ‘Sound Of Your Soul’ is about trusting yourself, trying to know yourself. It’s more honest and personally, I don’t feel like I need to be anyone else, I don’t need to maintain the last hit or prove that I’ve got to better that. It’s just about writing songs. And that’s the best way to work.”

Inspiration for ‘Only Human’ has come from older sources, says Joe: “I’ve gone back to listening to stuff for this album that I was listening to when I was a teenager; David Bowie, Kate Bush. Great British innovative songwriters that changed the way I thought about music. I’ve not gone back to retro stuff, but listened to how they wrote the songs. We are also conjuring up slightly more imagery than in any of our previous stuff and doing things differently. It’s like for us, it is great to see Arcade Fire find commercial success because they’re producing great songs in an interesting way.”

All this freedom to be introspective, to take inspiration from different sources, comes from the fact that Toploader is now very much an independent band. No longer do they have to answer to the demands and expectations of the people in the offices, it’s now all about the music, playing live and creating something honest and true to themselves. “We were very lucky to get a record deal with Sony, but in the course of it, we had to sacrifice a little of what made Toploader, Toploader to begin with. I think independently, we’re now seeing both sides of the coin; we’re now making music that we are really happy with.

“When we look back on it in ten or twenty years time, that’s got to be what’s important, not whether it was a commercial success or whether it ticked all the right boxes. It’s got to be about whether it’s an honest record or not and whether we are proud of it.”